Investors appear to be losing patience with Washington.

Stock markets slid around the world Monday, a reaction to troublingly stubborn comments from Republican U.S. House Speaker John Boehner on the weekend, and an equally determined response from U.S. President Barack Obama.

The Standard & Poor's 500-stock index, the broadest market for U.S. equities, dropped 0.85 per cent to 1,676.12 points. That only concluded a global trading day that began with losses in Asia and then later in Europe. The S&P/TSX composite index in Toronto was little changed, rising 29.60 points to 12,788.25.

Those aren't the kind of dramatic trading moves that go down in infamy. Still, the overall negativity suggests markets could be edging toward a tipping point. Karim Basta, chief investment strategist at Boca Raton-based hedge fund III Associates, described the feeling on Wall Street as an "eerie calm."

Only about five billion shares changed hands in New York Monday, the fewest since Aug. 29, according to Bloomberg News.

That's because the U.S. Congress was supposed to have dealt with the government shutdown by now. Traders have become desensitized to Washington's persistent budget wrangling.

Democratic and Republicans lawmakers have used fiscal deadlines to stage political showdowns about a half-dozen times during Mr. Obama's presidency.

Yet those confrontations inevitably ended with an 11th-hour agreement. The cessation of all non-essential federal services now is entering its seventh day.

That's creating a feeling that a truly bad day in financial markets is coming, especially since politicians are showing so little enthusiasm for ending their impasse.

"It's ironic, as long as the markets are well behaved, there is not a lot of incentive or a large catalyst for them to make a deal," said Mr. Basta, whose firm manages fixed-income assets worth about $2-billion (U.S.). "One could argue that it's in the market's interest to sell off a lot so they strike a deal, and then it will recover."

A couple of other avenues to an agreement opened Monday. Gene Sperling, the head of the Mr. Obama's National Economic Council, indicated that the White House was open to a short-term extension of the debt ceiling, the first time anyone from the White House had made a suggestion.

At the same time, Democrats in the U.S. Senate said they are working on a "clean" bill that would raise the borrowing limit for a lengthier period, perhaps even through 2014, according to The Washington Post.

To keep hardline Republicans from blocking the effort with procedural manoeuvres, Senate Majority Leader Harry Reid would have to recruit at least six moderate Republicans to his side.

With the original deadline to keep the government open now a speck in the rear-view mirror, the prevailing view is that reauthorizing federal spending authority will be included with talks on lifting the debt ceiling.

The U.S. Treasury Department says it will run out of ways to stay under its current borrowing limit by about Oct. 17, after which avoiding default would be contingent on how quickly the government's bills come due. It's widely accepted that it would be only a matter of days before the U.S. ran out of cash and missed a payment.

Such an outcome almost certainly would be an economic catastrophe, and both Mr. Boehner and Mr. Obama insist they want to avoid a default. Yet neither man is willing to blink.

The president on Monday kept up the pressure, continuing to characterize Republicans as hostage takers. "We're not going to negotiate under the threat of economic catastrophe," Mr. Obama said Monday during a visit to the Federal Emergency Management Agency in Washington.

Late last week, some Republican lawmakers put out word that Mr. Boehner was telling people privately he would avoid a default. That appeared to calm markets somewhat.

That assertion is a matter of debate. There are about 20 House Republicans who have called on Mr. Boehner to give up trying to use the government shutdown as leverage to impede Mr. Obama's 2010 health plan. There are 200 Democrats in the House of Representatives; a bill currently needs 217 votes to pass.

Yet it is up to Mr. Boehner to schedule a vote and he so far has refused to bring forward legislation that he can't pass with his Republican majority.

Editor's note: The location of the hedge fund has been corrected in the online version of this article 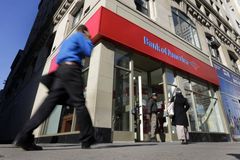 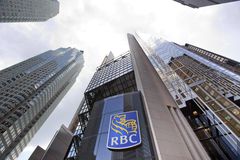