A few years ago, when family and friends would ask David Morris to look over their portfolios or offer investing advice, an uncomfortable reality slowly dawned on him. Most of them had no idea what they were invested in or why.

Mr. Morris, now semi-retired and living in Toronto, spent a good portion of his career working in the financial services industry developing funds and consulting. He also has a master degree in financial management and is a long-time investor himself.

In other words, he could tell a good investment from a stinker.

He says it didn't take long to see that many of his family's and friends' investments fit the latter category, especially considering how close some of them were to retirement.

"I was frequently appalled by what I saw. They were just in investments that were very expensive and high risk – or at least an inappropriate level of risk for who the people were," he says now.

It was a light-bulb moment. After running a few one-day investing seminars, Mr. Morris approached Seneca College in Toronto and asked if he could develop and teach a more comprehensive course called simply Introduction to Stock Market Investing. It would give a detailed overview of investing in the stock market and would cover everything from technical and fundamental analysis to creating a personal asset mix.

That was about three years ago. He's been teaching the 10-week, three-hour class since. Most sessions either sell out, or come close, drawing 30 to 35 people each time.

While financial literacy is now being included in school curricula for children across Canada, adults are starting to find in-person classes and online courses that can help them make sense of their portfolios and even general personal finance conundrums. Some classes appeal to DIY investors who feel they could use more information to trade and invest like a pro. Other students simply want to understand why, say, their advisors choose the companies and stocks they do. They want to talk their talk – or at least feel knowledgeable enough to know what their advisors have them invested in.

"I think some people are genuinely interested in trying the stock market themselves, but don't want to go in there blind," says Marie Muldowney, managing director of the Canadian Securities Institute in Toronto. "And some of them will say, 'Well, if a broker can do this, I can do this, too.'"

"They don't have to sit the exam," Ms. Muldowney explains. "Therefore it's not recognized as the official CSC."

But like the CSC, it's a fair amount of work and requires hours (and hours) of reading. Students can expect to learn how to analyze corporate financial statements, how economic events have an impact on portfolio performance and how fixed income, equities and derivatives work. The class appeals to executives, employees entering the financial services industry and even financial journalists.

Perhaps because of the cost and the number of hours involved, only about 100 people each year sign up and take the course, explains Ms. Muldowney, adding she thinks many potential students actually decide to take the full CSC instead. There's a certain cache to saying they've passed the exam.

Whether someone sits an exam or not, taking a class rather than just reading a book or watching a financial guru on a YouTube video has a few advantages, says Raj Balasubramanian, manager of investor engagement and outreach with the Ontario Securities Commission, which runs a number of community seminars across the province.

For starters, the people who teach classes have real-world knowledge they can pass on to students. But they're also more likely to have the latest information, too.

"It doesn't matter if you're the most sophisticated investor out there. Because markets change and rules change, you have to make sure you're up-to-date," he says.

It also helps to be given unbiased information. The Chartered Professional Accountants of Canada (CPA Canada) runs a financial literacy program across the country that depends on 11,000 members and volunteers who teach in urban and rural communities, giving 36 workshops for all ages and income levels. Eight of them are for adults and range in topic from "how to talk to your kids about money" to savings strategies. Not only are they free, but they're taught by professionals who aren't trying to sell anything.

David Trahair, a personal finance author who has written books for the program, says finding impartial information is important, particularly for those who may not feel completely comfortable with numbers or how dollar cost averaging works, for instance.

"They're sort of like lambs to the slaughter when they get up against a big, powerful financial services company that has an incentive to sell products that make them money," he says. "But there are things they can do to at least to give themselves a chance." Like take a class.

According to a 2016 study from Utah State University, students who finished a basic personal finance course actually became less impulsive and developed more self-control in terms of waiting for bigger payouts later. They were also less willing to make risky investing moves. In other words, they became better long-term investors.

Mr. Morris says he isn't surprised that an investing or financial education class can make a real difference for people who want to take control of their money. After all, much of his work involves demystifying financial terms and helping students realize that investing in the stock market isn't as complex as the financial industry makes it seem.

He gives "efficient market hypothesis" as an example and how the term is usually explained using fancy charts that show optimum returns with a mix of stocks and bonds.

"They make it sound like it's a very complicated thing, but all they're really saying is, 'You should diversify,'" he says.

That kind of straight talk goes a long way with his students, who range in age from those in their 20s to their 70s. One father even brought his adult son to the class.

"I've had a number of people come up to me and say this is just the best course they've ever taken in their lives. And that has nothing to do with my teaching," Mr. Morris explains. "It's just the subject matter." 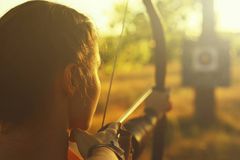 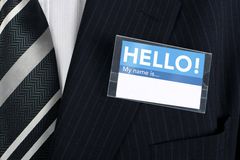 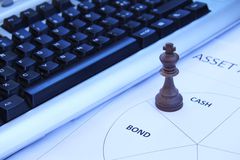