While global financial markets are ruled by the bear or the bull, personal financial behaviour might more closely resemble the proverbial mule, which requires the poke of a stick or the promise of a carrot to haul its cart.

Carrot Rewards, a free app for Android and iOS mobile devices that incentivizes users to learn about topics from wellness to finances, believes consumers will do a bit of work to score a little financial treat. In the long term, those carrots seem to add up to powerful changes in behaviour that are less painful than the stick.

The app launched in British Columbia first, in March of 2016, enrolling almost its first month's quota of users in one day. Cineplex Scene, one of Carrot's four loyalty-program partners (with Aeroplan, More Rewards and Petro-Points), sent an offer for its B.C. members to earn points in its frequent-moviegoer program by downloading Carrot Rewards. More than 4,000 of them did on the launch day alone, making it Canada's most downloaded app that week.

The cost of points that users receive for downloading, or successfully inviting friends to download the app, are funded through a $5-million, five-year commitment from the Public Health Agency of Canada.

The B.C. Ministry of Health made a $2.5-million commitment to support healthy living content for the provincial launch of the app, and points to German, U.S. and British examples of successful incentive-based public health policies, says Laura Heinze, a senior public affairs officer for the ministry.

About 150,000 British Columbians were using the Carrot Rewards app as of July, 2017, (more than 3 per cent of the province's population), earning loyalty points by completing quizzes on topics ranging from nutrition to the flu shot. Newfoundland and Ontario have since partnered with Carrot Rewards, along with private-sector and other partners, for a total of $15-million in public-private funding to date.

"The launch was the most remarkable thing many of us had seen in our careers," says Andreas Souvaliotis, Toronto-based founder and CEO of Carrot Insights (formerly Social Change Rewards Inc.), the app's creator. "Some very cool things began to happen right away."

What was supposed to be a government-only, health-only public engagement app, he says, almost immediately started expanding to include additional topics and partners. B.C. users have since received targeted quizzes on topics such as energy conservation and green buildings, or budgeting and spending habits. While the "stick" might be telling people to quit smoking or save more money, the "carrot" or nudge would be giving them information and suggestions on small daily habits that can permanently change behaviour over time.

Mr. Souvaliotis is a long-time believer in using micro-incentives as a motivator for changing behaviour: A decade ago he founded the Green Rewards program that gave consumers Air Miles for socially responsible shopping. The theory behind it is called behavioural economics or behavioural insights, known as "nudge theory," from the 2008 book Nudge: Improving Decisions About Health, Wealth, and Happiness. (Co-author Cass R. Sunstein went on to head President Barack Obama's social and behaviorist sciences team.) Carrot counts academic Mark Mitchell, whom Souvaliotis calls "one of the most famous nudgists in our country," among its consultants.

A new wave of social enterprises is combining nudge theory with rewards to get people – especially mobile-device-mad millennials – not just to buy things, but to do the right thing. Carrot Insights is a certified B Corp, a certification that means for-profit companies meet standards of social and environmental performance, accountability and transparency. Biko, an app from Colombia that made its North American launch in Vancouver a year ago, rewards bike users in traffic-choked cities with restaurant discounts or retail perks.

Canada is a natural proving ground: Canadians are among the most rabid points collectors worldwide, with nine out of 10 Canadians belonging to at least one loyalty program according to an April Brandspark report, compared with two-thirds of global consumers according to Nielson data. Carrot shows high user engagement, with monthly active users at 80 per cent of those with the app; the industry standard for a popular app like Spotify is about 30 per cent, says Mr. Souvaliotis.

Carrot participants enrolled in Scene might earn from 5 to 50 points per quiz with 1,000 Scene points needed for a free movie or concession treat.

"Yes, they are tiny rewards, but it's not a lot of effort you have to put in to get those tiny rewards," says Patrick Sojka of Calgary-based Rewards Canada, a website about the benefits of various loyalty programs and loyalty products like credit cards. "It's also great for somebody who barely uses a [loyalty] program to keep the account active," says Mr. Sojka, explaining that most loyalty programs require at least one annual points transaction.

Like retailers, governments have discovered that "using incentives to motivate behaviour proves to be way cheaper than using advertising," says Mr. Souvaliotis. The cost of treating largely preventable chronic diseases like heart disease, cancer and Type 2 diabetes was estimated at $68-billion annually in a recent Public Health Agency of Canada report, giving public health education potentially huge payoffs. As many as 70 per cent of Carrot's users will complete any given quiz, says Mr. Souvaliotis. "I come from the marketing world and we would celebrate the 1-per-cent success rate of a Facebook ad."

The private sector has taken notice of Carrot's success: The B.C. offices of Sun Life Financial, a financial and insurance company that has used wellness-promotion messages in its own marketing, collaborated with the Canadian Diabetes Association as the initial B.C. sponsor of the app's step tracker. It syncs with mobile or step-tracking devices to reward users with loyalty points for exceeding their daily average steps. Data shows that over three months, Carrot participants walked on average 8 per cent more than before, with the least physically active increasing their activity by 34 per cent, according to the B.C. Ministry of Health.

"Because of the success we've seen, with almost 500,000 users across the app, we're getting a lot of inbound interest from financial services companies," says Carrot Insights chief partnerships officer Matt O'Leary. Financial literacy is a social determinant of health, he says, and "like health, personal finance is something you do a better job at when you're educated more consistently."

In Ontario, which joined Carrot Rewards in February and already has more than 325,000 users, the online investment-management service Wealthsimple has invested with Carrot to offer some RESP-related quizzes that have shown promising early results. "Users are engaging with the financial literacy content at rates higher in some cases than what we're seeing with health. It's very encouraging," says Mr. O'Leary. Personal finance expert and best-selling author Bruce Sellery became Carrot's money expert in January of this year, a harbinger of future financial content on the app.

Rewards expert Mr. Sojka says it only stands to reason that financial-services companies would line up to give potential customers a nudge, with some banking, credit cards and mortgage providers already successfully using loyalty points. "The amount of money being spent on advertising from the financial services is huge, and if you can provide content and the people to read it, those companies will spend the money. Advertising is still big, but they have to find other ways of getting the message across."

When it comes to learning tips about leading a happier, healthier, wealthier life, Canadians are showing that they'd prefer to nibble on a carrot than be hit over the head with that stick.

Though mobile financial apps are often geared at smartphone-savvy younger consumers, anyone can benefit from the good financial habits these apps try to reinforce.

Money in your pocket

Drop: Even if you don't have a loyalty card, you can earn rewards and get deals by using your registered debit and credit cards at a select group of places. The app partners with Carrot Rewards (Carrot is a points-earning option integrated into Drop).

Stocard: A specialized digital wallet, Stocard organizes all your plastic loyalty cards in one digital app. Slim down your wallet and eliminate the possibility of making a purchase without the appropriate card on hand.Track spending

Mint: Creating a central hub for all your banking, this Intuit app (from the creators of TurboTax) tracks spending and budgets, tracks and pays bills and provides colourful data visualizations – and even your credit score.

Wally: With many of the same budgeting, goal-setting and money-tracking features as Mint, Wally uses your smartphone camera to scan receipts instead of having access to your bank accounts to record your expenses.

Mylo: Make that $4.46 grande latte count: Mylo "rounds up" your everyday transactions, in this scenario to $5, investing the 54 cents in an ETF portfolio. The app has a $1/month fee and no charge for withdrawals.

Fortune City: This app provides incentives to track your expenses and save money, by providing badges and "gold coin" credits to build a simulated city. You can even compete against city-building friends.

Flipp: For shoppers who can't be bothered to scan paper flyers, Flipp scans all the local deals and let's you identify and search for items you want. It holds your loyalty program information, too.

Checkout 51: It's the end of clipping paper coupons: Checkout51 informs you of weekly offers, but all you need to do is send them an image of a receipt – the app handles redemption. It tracks your savings and lets you cash out when they reach $20.

Is your portfolio ready for a sharp correction? Globe Advisor content
September 28, 2017 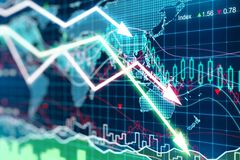 A plan for handover of your business can pay for itself many times over
September 26, 2017 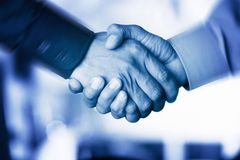 Could a flood, storm or hurricane derail your retirement?
September 26, 2017 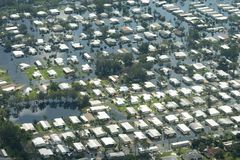