Bargain stocks arising from year-end tax-loss selling can be tempting, but investors need to watch out for value traps.

A stock can appear cheap because it trades at a low multiple of earnings, book value or cash flow. But a beaten-down share price can continue declining or stagnate. It might never recover.

"You can have stocks that fall dramatically [during tax-loss selling], but you want to try to avoid catching a falling knife," says Benj Gallander, co-editor of the Contra the Heard Investment Letter, which focuses on contrarian investing.

Mr. Gallander, who looks forward to a fire sale on stocks at this time of year, acknowledged that he has walked into value traps in the past, but it rarely happens now because he pays closer attention to a company's debt.

One past bargain that turned sour was his purchase of shares in the U.S.-listed sweatshirt maker Tultex Corp. in late 1999. "It looked promising, but I didn't appreciate its debt load enough," he recalled. "I remember buying it at under $1 (U.S.) a share. … Within a couple of months, it went under."

Many of the companies that Mr. Gallander buys now "have zero debt, low debt or declining debt." The portfolio he manages has posted a 19-per-cent annualized return over 15 years to 2016.

A better bargain was Reitmans (Canada) Ltd., which he bought at around $3.80 a share in late 2015. Its stock now trades in the $4.50-a-share range after climbing to more than $6 earlier this year.

People were dumping it two years ago as the retailer faced declining mall traffic and competition from online commerce, he recalled. A key to this turnaround play is that "it has no debt," he said. "Reitmans also pays a dividend of a nickel per quarter … so you are at least getting a payout."

Another value-trap red flag is a dividend yield of 8 per cent or more, he added. "What it often means is that they have to cut their dividend. That negativity impacts the stock price. You saw this a lot in the oil and gas sector [in recent years]."

There are no guarantees, but it's best to wait for the price of a falling stock to stabilize or rise again before buying, he said. "We follow a company for at least six months and often years before buying. … You have a better idea then of what is going on, and a better chance to avoid a value trap."

David Barr, president and portfolio manager at Vancouver-based PenderFund Capital Management Ltd., also goes into tax-loss-selling season armed with a shopping list of well-researched stocks that he hopes to pick up cheaply when people are "selling for irrational reasons."

"If the underlying business is growing and creating more cash flow, that in itself acts as a catalyst to move the share price for you," said the value-oriented fund manager. "So, we look for businesses that have strong profit margins and are highly profitable. … But it can be like looking for a needle in the haystack [during tax-loss selling]."

Freshii Inc., the health-food restaurant chain whose stock plunged to below $6 a share recently from a high of more than $15 this year, is a candidate for tax-loss selling, but is still an attractive bargain, said Mr. Barr, who has owned shares of the company since August.

Freshii, which went public in January at $11.50 a share, took a hit in September when the chain revealed that its aggressive growth strategy had hit a speed bump. It was forced to close its concessions in U.S. Target stores. But Freshii, whose menu resonates with millennials, is still a promising business, Mr. Barr suggested. "Same store sales are growing at 5 per cent, and it is still adding more stores. And it generates lots of cash because of its franchise model."

A stock can also rebound if the company becomes a takeover target or sells assets, but that may not happen quickly or at all, Mr. Barr warned. He owns shares of the Calgary-based power producer Maxim Power Corp., whose stock has gone nowhere in five years. "It fits the bill as a classic value trap," he said.

"The catalyst that we expected, such as the sale or wind-up of the entire business, has not occurred," he added. Maxim has divested assets in France and the United States, and it did not generate revenue in the last quarter after suspending operations at an Alberta power plant due to low electricity prices. "There is no operating business," he said, adding that he is just playing a waiting game now.

Tim McElvaine, founder of Victoria-based McElvaine Investment Management Ltd. and a deep-value manager, also owns shares of Maxim Power, but he takes comfort that two of its board members own a "significant amount of stock." One is Maxim's chairman, who took over as interim CEO in mid-2016. Owning shares of a firm whose board members have "skin in the game" can be beneficial because they will likely make rational decisions, such as sell a division, or perhaps buy back stock, said Mr. McElvaine.

"If you have a board thinking like owners, that is the kind of situation you want in your favour if you are dealing with a stock that has the potential of becoming a value trap," said the manager of McElvaine Investment Trust, a fund that invests in smaller companies. "You want the board to be thinking like a shareholder."

For example, Mr. McElvaine also owns the Victoria-based solar-powered LED light maker Carmanah Technologies Corp., whose shares struggled for years until new management and a board of directors sunk money into the company to turn it around, he said.

"Thankfully, I avoided some of the bad times," he said. "They have turned Carmanah from a value trap into a stock that is now being good to its owners." 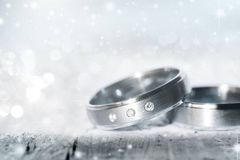 Having two advisors usually not better than one
Globe Advisor content
November 22, 2017 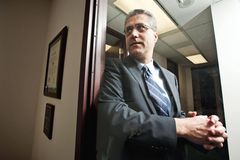 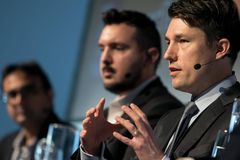