Just because his early presidency has been filled with controversy, is that any reason to sell your stocks?

It's a question on the minds of many investors these days, as the policies and programs of U.S. President Donald Trump settle in.

Stock markets have soared since the U.S. election last November ushered Mr. Trump into office. Since Nov. 8, the S&P 500 is up 8.3 per cent, the Dow Jones Industrial Average is up 12.3 per cent, and the TSX composite is up 6.2 per cent.

The problem is that just because markets are doing great right now doesn't mean it will last.

"The Trump rally could be over," Business Insider recently reported. Trouble is, there have been similar headlines in other publications this year and going back right to two weeks after the U.S. election in November.

Investors should not make their decisions based on emotions or instant headlines, most experts say.

"The U.S. economy remains one of the strongest in the world and continues to improve," says Chris Nicola, co-founder and chief technology officer at WealthBar, a robo-adviser service headquartered in Vancouver.

"They have achieved energy independence, or will do so shortly," he says. While Mr. Trump recently signed an executive order seeking to boost the coal industry, which many experts view as an outdated dinosaur, the U.S. oil and gas and alternative energy sectors are robust and are likely to remain so if demand continues in a strong economy.

"Also, they are still leaders in technology and innovation. We're not convinced the Trump presidency will negatively impact on the markets. While President Trump's immigration policies are a negative, other policies are pro-business or aimed at improving the U.S. position in trade deals," Mr. Nicola says.

It's important to take a long-term view, he adds. "We still recommend investors be broadly diversified in their portfolios and not try to time individual markets."

"It's very tempting to consider the daily headlines as part of your investment decisions," says Darren Coleman, senior vice-president and portfolio manager at Coleman Wealth, Raymond James Ltd. in Toronto. It's also a terrible idea, he adds.

"History tells us that making market predictions out of the news headlines rarely pays off. And changing your portfolio based on which way the political winds may be blowing can also sink your ship," Mr. Coleman says.

"If you're concerned about how markets will move in the short term, then you're speculating and not investing. You probably should not be in the market."

It's a "statistical reality" as well that markets can plunge independently of a politician's policies, and without warning, Mr. Coleman adds.

"Indeed, the average intra-year decline of the S&P 500 is about 14 per cent. When it happens, that's not a sign that something is wrong – it's just normal. But for some reason, it often surprises investors – just as the first snowfall in winter surprises Toronto drivers, I guess," he explains.

His advice for investors in the Trump years – or any other time for that matter – is to choose the investments that you're comfortable with and hold on, rebalancing when necessary.

"Firms such as Dalbar [a U.S. investment market research firm] and many of the mutual fund companies regularly conduct studies that show investors underperform their own investments by about 4 per cent per year. Indeed, Dalbar concludes in their 2016 Quantitative Analysis of Investment Behaviour report that, 'Investment results are more dependent on investor behaviour than on fund performance,'" Mr. Coleman says.

A good criterion for where to invest in the Trump era is to look at how the investments you choose are managed, says George Christison, British Columbia-based financial advisor and founder of the investingforme.com website.

"When you invest in a company's shares, the hope is that you do so because the company's management is smart, knowledgeable and strong. So let them worry about the political landscape. Let them deal with the Trump/Republican administration and its policies. Trust them to find the most profitable way through the changing landscape. They will know best how to move forward in the most profitable fashion," Mr. Christison says.

"You can't control the political outcomes, so stop obsessing about things you cannot change. Instead, focus on how, as an investor, you can make money in the next four years. Look for the opportunities," he adds.

Mr. Trump's individual economic policies may be either exciting and encouraging or frightening and abhorrent, depending on one's political viewpoint. Will he launch a trade war with Canada and Mexico? Bring in a punitive border tax? It's still hard to say.

Regardless, investors should look at Mr. Trump's economic policies as objectively as possible, Mr. Christison says.

"Most of the Trump administration's policies are focused upon rolling back regulations and financial burdens on businesses and Wall Street players. This will make it easier for investors to identify investment opportunities and to make money in the stock markets," he explains.

"Markets understand this. Whether Mr. Trump's deregulation efforts are successful or not, markets will enjoy the next four years knowing that increasing regulation is a thing of the past," Mr. Christison says.

Remember, he adds, businesses don't care about a president's personality or whether his policies are kind and good for the planet.

"If they did, I doubt Mr. Trump would be president today." 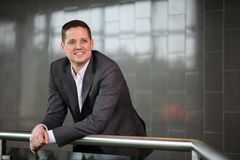 Pre-retirees seeking safe investments can’t avoid risk
April 6, 2017
Follow us on Twitter @globeandmail Opens in a new window
Report an error Editorial code of conduct
Due to technical reasons, we have temporarily removed commenting from our articles. We hope to have this fixed soon. Thank you for your patience. If you are looking to give feedback on our new site, please send it along to feedback@globeandmail.com. If you want to write a letter to the editor, please forward to letters@globeandmail.com.
Comments