When Barbara Stewart, a chartered financial analyst and finance researcher from Toronto, celebrates birthdays with friends, she's got a sage piece of wisdom ready for those turning 50.

"I always say, 'Welcome to the second half of your life,'" she says, explaining that after years of taking care of careers and family, many people – women in particular – are ready for that next stage of life. "Fifty is when you're going to become your authentic self. It sounds so schmarmy, but it's true. But it also means you have to save."

Unfortunately, many Canadians are putting off retirement saving and planning until later in life, if they do it at all. According to 2016 research commissioned by the Ontario Securities Commission, more than half of Canadian preretirees aged 50 or older don't have a retirement savings plan.

What's more, 22 per cent say they haven't started saving at all, and of those who do, about a third admit they feel they're behind the eight ball. They're not socking away enough.

There are many reasons: too much debt, bone-crushing mortgages, lacklustre incomes, childcare expenses, spousal support and leaky roofs that need fixing. These are just a few. But according to Ms. Stewart, who has interviewed more than 600 women around the world about their personal finance practices, another main reason is of a more psychological kind: perfectionism.

"The biggest problem is getting stuck and doing nothing because we're overthinking it. We're trying to be perfect," she says.

If you're a baby boomer or older Gen Xer over 50 who still hasn't saved for retirement, it's time to cut the fastidiousness, accept you'll make a couple of mistakes along the way, and get started. But is it actually too late to make enough to make retirement more comfortable? Not exactly. While a long time horizon – the amount of time you have to save – definitely makes it easier to build enough wealth to finance the postwork years, there are still some mental tricks and money hacks to get you back in the game.

If you've never bothered opening a registered retirement savings plan (RRSP) or tax-free savings account (TFSA) before now, take some time to think about why you want to invest and what you want the money for.

Do you see yourself travelling the world, or crouching in the garden deadheading marigolds for fun? Are you convinced you need a spiffy new car every few years, or are you generally okay driving around in a beater?

"Part of it is knowing what your definition of 'essential' versus 'non-essential' is," says Janet Gray, a certified financial planner with Money Coaches Canada in Ottawa who often works with clients trying to get a handle on their finances.

Pay off your debt

Sure, we've all heard the advice to pay off high-interest credit card debt before ever thinking of investing in the stock market. After all, if you're paying 22 per cent interest on debt versus earning, say, 7 or 8 per cent on a fund, paying off the card seems to be a no-brainer.

But if you always seem to be waiting to be debt-free before saving anything for the future, by the time you get around to investing, your money's interest has far less time to compound and grow.

That difference in time horizon can mean the difference between saving $100 month for 25 years and needing five times that amount if you start late.

"I mean, it doesn't have to be an all-or-nothing situation," says Ms. Gray, who sometimes advises people to pay off debt and save in tandem.

Give your mortgage a side-eye

Particularly if you live in a larger (read: pricey) urban centre such as Toronto or Vancouver, chances are you're worth more than you think. The only problem: your home-as-asset isn't exactly liquid capital. A piece of crown moulding? That's never going to pay for groceries.

If you're committed to building a sizable nest egg in record time, think about either paying off your mortgage as quickly as possible or selling the property and moving someplace cheaper. Then invest the new-found money. Run the numbers and you'll see why. Earning $200,000 on the sale of a home and investing that in something that makes 7 per cent interest (and compounds monthly) will give you $569,789.35 in 15 years. Not a bad chunk of change for a 50-year-old who wants to retire at 65.

If selling your home doesn't make sense, there's another way to save money fast. Stop spending so much and invest that cash.

Consider a 2017 poll conducted for Canadian Imperial Bank of Commerce that shows the average Canadian can scale back spending and save $360 more each month without feeling the pinch. Instead of mindless spending, take a look at what you're buying and cut out what you no longer need, whether that's cable, a land-line telephone, a gym membership or a useless computer app that automatically renews itself each month.

You don't need it all at once

Your time horizon is actually longer than you might expect, even if you're just starting to save in your early- to mid-50s. The reality: If you plan to retire at 65, you don't need every last penny then, just enough to fund the present. The rest stays invested and hopefully builds wealth as you age.

Another tactic? Draw down from the nest egg first and defer taking your Canada Pension Plan and Old Age Security until you're 70 to earn a sizable income boost later.

Yet no matter how you decide to catch up on retirement savings, Ms. Stewart is convinced that any age is a good age to focus on becoming financially independent. "My advice right out of the gate would be not to obsess about your age. Just get started. Look forward, not back," she says.

Can a little nudge help in saving for retirement?
January 19, 2018 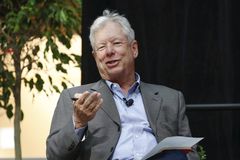 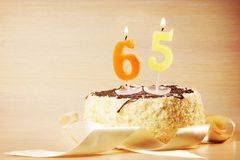 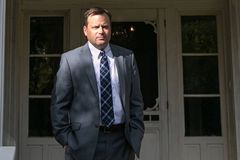