Exchange-traded funds have surged in popularity thanks to their low fees and ability to trade like stocks. But mutual fund companies and other investment firms have jumped into this market with similar offerings.

These new ETFs are managed by human stock-and-bond pickers who aim to outpace their passive-index rivals. Some managers may use a computer-driven, "quantitative" stock-selection process. They also may or may not hold cash that could help offset falling markets.

Note that these active ETFs won't be as cheap of some of their passive-index peers. However, their costs should be lower than the least expensive mutual funds sold as the F-class series.

To help navigate this ETF niche, we asked three fund experts for their top picks.

This Canadian bond ETF, which is overseen by a team led by Steve Locke at Mackenzie Investments, shows potential to beat its benchmark index, says Ms. Davids. The ETF holds government and corporate bonds and has outpaced the FTSE TMX Canada Universe Bond index by 1.5 per cent since its inception in April of 2016, she said. Managed similarly to the Mackenzie Strategic Bond mutual fund, the ETF owns mainly investment-grade bonds. In a rising-interest-rate environment, fixed-income securities can suffer as bond prices move inversely with interest rates. The managers, however, can adjust the maturity, duration and credit quality of bonds to deal with this challenge, she said. This ETF's fee is reasonable and lower than the 0.84 per cent charged by the mutual fund's F-class version, she added.

This fund is run by Fiera Capital Corp., which "has done a good job navigating this area," says Ms. Davids. "I like Fiera's process. It ensures that technical, macroeconomic and fundamental credit research are applied to the holdings." This ETF, which has more than $560-million in assets, owns Canadian and U.S. debt securities. It has slightly outperformed the iShares Canadian Corporate Bond ETF on an annualized basis since its inception in 2010, she noted. The Horizons ETF has also outpaced Fiera's similarly managed NBI Corporate Bond mutual fund, whose F-class version charges a higher fee of 0.68 per cent. A rising-interest-rate environment could hurt corporate bond issuers, which could default on loans, but this ETF's risk is mitigated by its ownership of mostly investment-grade bonds, she said.

This global bank ETF offers a way to play the gradual, tightening policies by central banks, says Mr. Straus. Banks benefit from rising interest rates because they can charge borrowers more. The ETF is overseen by Rob Wessel of Hamilton Capital Partners Inc., which manages pooled funds focused on the financial sector. Picking bank stocks arguably requires more oversight and skill because their fundamentals are "exceeding complex," Mr. Straus said. From its inception in January of 2016 to June 30, 2017, the ETF has outpaced the S&P Global 1200 Financial Sector Total Return Index by 10 per cent in Canadian dollar terms, he noted. The Hamilton Bank ETF's fee is in line with those of its active peers but higher than the estimated 0.45 per cent charged by global financial-sector index ETFs, he said.

This ETF owns mainly fixed-to-floating-rate preferred shares, so it is less sensitive to rising interest rates, says Mr. Straus. "Given recent hawkish signals from the Bank of Canada, we feel this strategy makes the most sense." These preferred shares pay a fixed dividend, which can be converted to a floating rate in the future. The ETF also uses derivative contracts known as "interest rate swaps" to further protect against rising rates, he said. The ETF is run by the fixed-income team at Fiera Capital, which has a "proven track record of incrementally outperforming the passive preferred equity index over time," he noted. The ETF is cheaper than F-class preferred-share mutual funds, which charge fees between 0.70 and 1.1 per cent, he added.

MER: 0.89 per cent for hedged and unhedged versions

This ETF is overseen by Brandon Snow, who has "proven to be a smart investor" and demonstrated success in picking U.S. stocks for his CI Cambridge Canadian Equity fund, says Mr. Davis. This mutual fund run by Mr. Snow, also chief investment officer of Cambridge Global Asset Management, can own up to 50 per cent in foreign stocks. This fund has sharply outpaced the S&P/TSX Total Return Index over the past five years. The U.S. equity ETF, which has 26 stocks and about 14 per cent in cash, doesn't own typical big banks, Facebook Inc. or Alphabet Inc., Mr. Davis noted. Top stocks include Store Capital Corp., Athene Holding Ltd. and Walgreens Boots Alliance Inc. The ETF's fee is below the 1.34 per cent charged by the F-class version of Mr. Snow's mutual fund.

This global ETF run by U.S.-based Vanguard Group's quantitative equity team is suitable for investors who want diversification outside Canada, or who face currency risk elsewhere in their portfolios, says Mr. Davis. This ETF, which invests in lower volatility stocks, hedges most of its currency exposure back to the Canadian dollar. The Vanguard ETF, which is run similarly to a mutual fund it sells in the United States, invests in large-, mid- and small-capitalization stocks. It is nearly 50 per cent invested in the U.S. market. Low volatility strategies are vulnerable to rising interest rates, but this ETF should be helped by having broad sector exposure, he said. The Vanguard ETF's fee is much cheaper than the average 1.32 per cent charged by F-class global equity mutual funds, he noted. 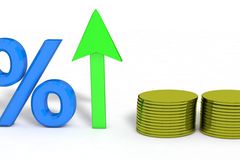