An unjust era for savers is coming to an end. Precisely when isn't so clear, but experts say it's inevitable, and investors should position their portfolios for higher interest rates.

It's been nearly a decade since interest rates were nearly frozen by the world's central banks to keep the money supply flowing in the wake of the 2008 global financial meltdown. After years of grinding economic growth, the U.S. Federal Reserve has finally increased its benchmark rate to more than 1 per cent for the first time since the meltdown. And a rate hike by the Bank of Canada is all but certain this month.

Rock bottom interest rates have been good for borrowers but not so good for investors receiving a pittance on the fixed-income portion of their retirement savings.

"You still need some classic bond exposure," says Greg Newman, senior wealth advisor with the Newman Group of Scotia Wealth Management. He says investors should hold part of their portfolios in fixed income – even before yields rise – to act as a cushion against volatile equities.

"If you're going to be disciplined you win by not losing. It's okay if you're just treading water in part of your portfolio," he says. "It's going to be an anchor and one never knows what can happen."

That rule went out the window when investors realized they could never meet retirement goals without venturing into often riskier sources of investing income.

For Mr. Newman, those alternatives include stocks that pay – and increase – dividends that are higher than bond yields.

"I'm adding a lot more high-quality dividend stocks where the valuations are good and the payout ratios are low, and where there's pretty visible earnings and dividend growth," he says.

He also suggests investing in rate-reset preferred shares – a type of preferred share that is reassessed every five years, giving investors the choice to lock in at current rates or opt for a floating rate.

"You're probably going to get a nice 5-per-cent or 5-1/2-per-cent dividend for the next five years, and it's going to be hedged to whatever increasing rates might be five years out," he says.

One strategy used by Mr. Newman and many advisors to boost fixed-income yields in a rising-interest-rate environment is laddering short-term maturities. Staggering the maturity dates over time gives the investor more opportunities to earn the best going rates when they come due. Mr. Newman suggests an exchange-traded fund from PowerShares – the PowerShares 1-5 Year Laddered Investment Grade Corporate Bond Index, which ladders corporate bonds over five years.

Bruce Campbell, president and portfolio manager at Campbell, Lee & Ross Investment Management, agrees investors should hold a portion of their investments in fixed income ahead of big interest rate increases. "You shouldn't go completely away from fixed income. I think that's dangerous."

To determine how much his clients should allocate to fixed income he first looks at what they need to reach their retirement goals.

"You reverse-engineer it and find how well off your client is and how little fixed income he can you get away with. If you only need 3 per cent returns to fulfill your budget, then you can have a reasonable amount of traditional fixed income," he says. "If you need 7 or 8 per cent, you can't get it unless you are 80 per cent or 90 per cent in equities."

To boost fixed-income returns, Mr. Campbell will venture into investment-grade and high-yield corporate bonds such as Chartwell Retirement Residences, which pays 3.75 per cent for a five-year maturity. "It's not high but it's also not 1.25 per cent," he says.

Like Mr. Newman, Mr. Campbell also invests in rate-reset preferred stocks such as Brookfield Asset Management and TransCanada Corp., which yield close to 5 per cent. "If rates are higher you benefit. If rates are lower you don't get hit. You get the same rate again," he says.

Another play on preferred-share income, he says, is non-viability contingent capital (NVCC), preferred shares issued by many of Canada's big banks. They can yield more than 4 per cent and are convertible if another market meltdown occurs. "They have a clause that they will be convertible to common equity in times of stress," he says.

For bond traders like Joey Mack at GMP Securities, laddering maturities over short durations until yields rise is the best strategy. The yield curve – the difference between short- and long-term maturities – tells him there is little advantage to buying long-term bonds because long-term yields aren't much higher than their short-term counterparts. As rates rise the yield curve is flattening, which means long term rates are lagging short term rates.

With all the complicated income products on the market, he suggests old-fashioned guaranteed investment certificates (GICs). They are issued by registered banks and have the backing of the federal government.

He admits that savers can find higher-yield alternatives, but an all-GIC fixed-income portfolio makes sense – it provides a way to wait out low interest rates and be ready to act when they rise.

"We're going almost all GICs, one to five years," Mr. Mack says, "because they're fully insured and you're getting better rates than corporate bonds right now."

Turning on the cash taps at retirement is a science
Globe Advisor content
June 27, 2017 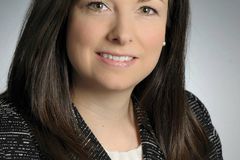