For anyone who has ever dreamed of winning the lottery, the reverie often goes something like this: Win. Faint. Go out and buy a mansion, spiffy car and a yacht.

But according to experts who advise high-net-worth Canadians, the financial habits of the rich sometimes lean more toward frugality than free spending – even when they can afford to live it up.

We asked four advisors to elaborate.

"We see that approach with many of our very wealthy clients," Ms. Latremoille says. "You would never know by the way they're dressed or the car they drive that they have that level of wealth."

They are definitely not gamblers with their money, she says. "They really believe in planning. They realize that they can do a lot with their wealth to not pay unnecessary taxes and fees."

You will hardly find a wealthy client who pays interest on their credit cards, she says, or has a bill that's running late. They scrutinize opportunities to save money where it makes sense.

Rich people have the ability to delay gratification, she says.

"Specifically when it comes to vehicles. I notice that those who have become wealthy, they've made sacrifices early on and have led a simple life. They haven't gone out and leased the most expensive car. They've bought something less expensive, perhaps second-hand – they hold onto it for like 10 years and they drive it into the ground.

"It's a mindset," she says. She has seen clients who are in their 30s and are debt-free and millionaires. "They were so frugal in their 20s – not eating out, being careful to not buy too much home, being more modest with their purchases. They work very hard to pay off their mortgages."

It doesn't have to be all one way or the other, she says. "I've worked with people who are overly frugal – I mean, more frugal than they need to be. So they end up missing out on life's experiences."

Wealthy people save more and spend less, Mr. Harris says. "We forget that. It's really about how much you spend and how much you save during your saving years.

"Yes, you see the guy who owns a yacht and $50-million penthouse. But that's a super, super wealthy person. I'm not talking about them. I'm talking about somebody with between $3-million and $10-million. They're much more frugal. Yes, they have nice things, but they're not frivolous."

The level of one's spending "makes all the difference in the world," he says. "It's not really about the returns you get, because if you're drawing [spending] way too much of your wealth, the returns can be 30 per cent and you'll never catch up. Then you have a problem. You have to be in riskier and riskier assets to keep up with your draw.

"We have a client who has a car, but they live in downtown Toronto. You say, 'Why do you need a car? It's $4,000 or $5,000 a year you're spending on parking.' But people don't think about that. They just think they need these things."

Whether you are a frugal wealthy person depends somewhat on where your money came from, Mr. McCullough says, "whether it's inherited or if you made it yourself."

"There's a really interesting paper called "Immigrants and Natives to Wealth" by a guy named James Grubman, and he takes on the idea of geographic immigration, the Italian bricklayer who moved to Canada in the 1950s but his kids were born here. The bricklayer holds on to a lot of the old country values, but his kids are Canadians. You can just imagine the tensions."

Similar tensions are felt when people raised in blue-collar families cross over into white-collar lives and straddle two socioeconomic zones, he explains. "You move from the land of middle class, or even poverty, and over the years as an entrepreneur you move into wealth. But you still have all those old country values, like shut the lights off because it's wasting electricity. Don't pay too much for parking. Walk 10 blocks.

"Whereas your kids, who are born in the land of wealth, think their parents are crazy for turning the lights off to save money."

For an investment that sparkles, consider Tiffany or Cartier
September 27, 2017
Think twice, wealthy family, before cutting the black sheep out of your will
September 20, 2017 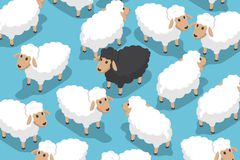 Five Canadian billionaires who fly under the radar
September 25, 2017 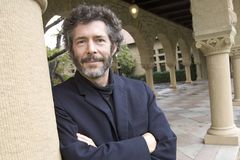 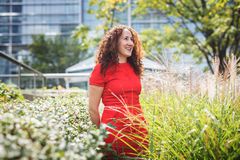 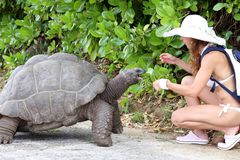 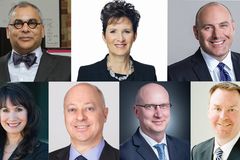 Four qualities the wealthy look for when seeking out advisers
August 31, 2017 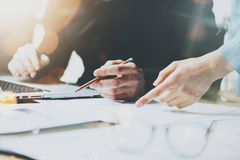