The diehard economists and financial pros who still cling to the tattered notion that people and markets tend to behave rationally must be having a hard time explaining the peculiar words and actions of U.S. President Donald Trump in his first weeks in office.

They should consult Daniel Kahneman, who helped explode the myth of the rational human through groundbreaking psychological experiments he and his late Israeli colleague, Amos Tversky, began conducting in the 1960s. Their work showed why decision makers go wrong, exposed the flaws in conventional economics theory and highlighted the all-too-human errors stemming from innate biases and mental quirks.

In the investment world, these mind tricks tend to produce less than optimal results for ordinary investors and professionals alike, mainly because we're not particularly good at learning from the mistakes we keep repeating.

Although admitted novices when it came to all things financial, the two psychologists made a compelling argument for Buffett-style disciplined, long-term investing, if not downright passivity.

During his checkered career as a real estate wheeler-dealer and casino operator, Mr. Trump had already unwittingly helped prove their case that a follow-the-gut mentality, a predilection for snap judgments and a poor understanding of risk can do serious damage to any fortune.

Now we see him following a similar impulsive, seat-of-the-pants course, but this time with far wider consequences.

Prof. Kahneman worried more than 40 years ago about critical decisions being made by a few people in power based largely on their instincts, assumptions, preferences and guesses. This tendency, he warned, made it "quite likely that the fate of entire societies may be sealed by a series of avoidable mistakes committed by their leaders."

That's one of the many nuggets mined by bestselling author Michael Lewis in The Undoing Project, his illuminating – and mercifully math-light – biography of the remarkable duo who upended conventional wisdom about how the human mind works. (At one point, Mr. Lewis, who is skilled at unravelling the most complex of market dealings, apologizes when he has to dive into algebra to illustrate a particular proof.)

Their research has had an enormous impact on everything from public policy, education, cognitive psychology and political campaigns to military promotions, sports management and the practice of medicine.

But they are best known for laying the foundation for the burgeoning field of behavioural economics – Prof. Kahneman became the first psychologist to win a Nobel for economics in 2002 – and debunking long-established beliefs about markets and the people who work and play in them.

In his own influential 2011 bestseller, Thinking, Fast and Slow, a well-written but equation-heavy summation of decades of evidence-based insights, Prof. Kahneman tells of an invitation to speak to investment advisers at a firm catering solely to high-net-worth clients. To prepare for the visit, he asked for data on investment outcomes in each of the previous eight years.

"The results," he writes, "resembled what you would expect from a dice-rolling contest." He concluded that a sizable majority of investors "lose consistently by trading," and that they would have been better off "taking a shower and doing nothing … than implementing the ideas that came to their minds."

One common mistake: selling winning stocks for quick gains and holding on to losers too long, because of loss aversion. Simply put, the brain is wired to fear losses far more than it is to embrace gains.

"If you care about your wealth rather than your immediate emotions, you will sell the loser … and hang on to the winning [stock]," Dr. Kahneman said. And he likened the decision to pour even more capital into a losing account to recklessly driving into a blizzard to attend a game or concert because you already paid for the tickets.

Business executives have been known to make similar "sunk-cost errors," throwing good money after bad in a futile effort to rescue their original investment. Think Target and its disastrous Canadian venture.

I recently asked Dan Ariely, another academic star in the behavioural psych-econ universe, what reading he would recommend to wealthy investors anxious to avoid such mind traps.

I thought he might choose Thinking, Fast and Slow or one of his own best-selling tomes such as Predictably Irrational: The Hidden Forces That Shape Our Decisions. Instead, he opted for How A Second-Grader Beats Wall Street, a paean to keeping investing simple penned by Allan Roth, a Colorado Springs, Colo.-based behavioural finance expert and founder of investment firm Wealth Logic (motto: Dare To Be Dull), which advises clients with portfolios of up to $50-million (U.S.).

Mr. Roth's son is the kid whose investment choices, unencumbered by worries about economic data, scary headlines or events then roiling the markets, beat the pros.

The author talks of the valuable service provided by investors who keep playing "the beat-the-market game" with flawed strategies. "Without these people trying to disprove arithmetic, markets wouldn't work and the low-cost investor couldn't get a free ride off of their delusion."

We'll leave the last word to Prof. Tversky, who died of melanoma in 1996. As recounted by Mr. Lewis, the former Israeli commando was once asked if their works contributed to the then-fledgling field of artificial intelligence. His reply? "You know, not really. We study natural stupidity."

Investment advisers want your help in fending off regulators
March 5, 2017
Four reasons to choose 'easy' over 'hard' in your investing strategy
March 3, 2017
I’ve lost my trading records for a stock. Now what?
March 3, 2017 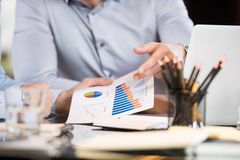