As we draw closer to the 10-year anniversary of the global financial meltdown, a lot of investors seem convinced we won't be revisiting anything remotely resembling that period of extreme wealth destruction any time soon. And who can blame them?

The value of their rebuilt portfolios has soared during a sustained stretch of well-below- normal interest rates, strong earnings growth, inflated asset values and record-low volatility. Bullish forecasters predict more of the same for 2018, playing down a host of potential pitfalls.

Goldman Sachs rejoined the ranks of the leading bulls in mid-November, infused with what its chief U.S. equity strategist, David Kostin, described as "rational exuberance." He predicted impressive gains for both the U.S. and global economies and stronger U.S. profit growth, particularly if the Republicans managed to get their hefty corporate-tax cuts into law.

Famed University of Chicago economist Richard Thaler, one of the architects of behaviourial finance, has spent decades probing why investors do the things they do. He has turned what he has learned of people's built-in biases, instincts and mental quirks into a lucrative sideline as an adviser to behavioural-based funds that have attracted a loyal following among high-net-worth investors.

Yet, after winning this year's Nobel memorial prize for his ground-breaking work, Prof. Thaler acknowledged that he was perplexed by how sanguine investors are in the face of rising geopolitical, financial and other risks – some of which stem from the unpredictable behaviour of U.S. President Donald Trump and his loyalists.

"We seem to be living in the riskiest moment of our lives, and yet the stock market seems to be napping," Prof. Thaler told Bloomberg TV. "I admit to not understanding it." He said he was nervous "and it seems like when investors are nervous, they're prone to being spooked. Nothing seems to spook the market."

Andrew Lo, another prominent economist who has spent years probing investor behaviour, says it's not that hard to figure out.

"The combination of quantitative easing, the low-yield environment, the proliferation and asset growth of passive index products – including risk-parity strategies – and the fact that investors have gotten used to double-digit equity returns have all conspired to create the current bull market," Prof. Lo, director of the Massachusetts Institute of Technology's Laboratory for Financial Engineering, said in an e-mail exchange with The Globe and Mail.

The long-running bull doesn't seem poised to run into a barbed-wire fence in 2018. But it has spawned what Prof. Lo regards as a dangerous complacency that leaves market players ill-prepared for the inevitable reversal, which could be far bigger and occur much faster than most people realize.

Investors "have grown accustomed to the stimulants that central banks around the world … have pumped into our economies. These stimulants have pushed up stock markets, re-inflated the housing market and lowered volatility to the point where investors have forgotten what risk looks like," he says. "But things can change quickly, and if geopolitical events create a reason for investors to get out of the market, it'll be a big correction."

Faced with a dearth of other options with decent returns, wealthy investors have continued to pump millions into stocks around the world, driving up net assets held by equity funds by about 20 per cent, or $4-trillion (U.S.), this year alone. But the crazier the party, the nastier the hangover is sure to be.

"Investors should definitely be more worried, especially older investors who don't have the luxury of waiting another 10 or 20 years to make up large losses from a major correction," warns Prof. Lo, author of Adaptive Markets, which recounts his lengthy pursuit of a financial theory that reconciles supposedly rational economics with what behaviourists have learned about investor psychology.

Unlike most of the behavioural crowd, he doesn't dismiss out of hand the much-derided efficient-markets hypothesis, which holds that prices of stocks and other assets reflect all available information and that the markets as a whole are rational, stable and smarter than any individual investors.

It's a theory that long dominated academic thinking about the markets and refuses to die despite its inability to account for the uncontrolled greed, bizarre valuations, bubbles and busts and then the historic global financial collapse of 2008. The opposing view holds that the explanation lies in the fact investors are essentially irrational and market prices are driven by "animal spirits."

"It turns out that both camps have correctly captured certain aspects of human behaviour, but neither camp offers a complete picture of how investors and markets behave," Prof. Lo argues. His own Darwinian-type adaptive-markets hypothesis is designed to fill in the missing pieces. And he's convinced that investors "who understand this complete picture will be able to make better financial decisions."

Prof. Lo writes that individual decision making involves both rational and emotional components and when these are properly balanced, rational economic interactions result. But when they become unbalanced, "we end up making very poor financial decisions."

He agrees that equities continue to offer an attractive financial return over a period of, say, 20 to 30 years. "The problem is getting to that long run. John Maynard Keynes once quipped that 'in the long run, we're all dead.' But I'm sure it was a hedge-fund manager who added more recently that we should make sure the short run doesn't kill us first."

Regardless of what investors choose to believe about a particular approach to how markets work, Prof. Lo has this bit of sound advice: "I would suggest that investors steer clear of managers that won't provide a clear logic for their investment thesis, irrespective of whether or not they're adaptive." 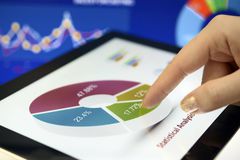 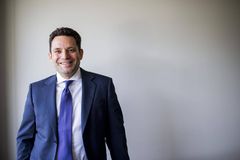 Men are from Mars, women have particular investing needs
November 22, 2017