So, while they may not need to be persuaded to give, they sometimes struggle to pick a charity from among the 86,000 organizations in Canada alone.

This is especially difficult for high-net-worth givers. Canadians of means are often approached by organizations seeking support. But how can donors make sure their cash will be spent well, and do maximum good?

Gena Rotstein, founder and chief executive officer of Place2Give Foundation, a search engine that helps givers evaluate Canadian and U.S. charities (and a charity itself), first advises donors to look inward. She asks clients to think about their vision for society. Where will it be in three years, five years and at the end of their lives? What values did your own parents or grandparents instill in you?

From there, Ms. Rotstein helps people determine their risk tolerance. Are they interested in upstarts developing new ideas, or would they rather stick with the tried and true – say, scholarship funds?

"A lot of people jump in saying they want to give back, but then they get frustrated when what they want to achieve isn't being actualized. That's disappointing, when there's a lack of communication or accountability between the individual and charity.

"By doing that self-reflection first, we can create a really strong foundation for where you want to go next."

Ms. Rotstein urges people to take a broad view of the area they wish to support.

If a person's dream is to eliminate homelessness in Vancouver's Downtown Eastside, for example, it will take more than throwing money at homeless shelters. The donor might consider organizations that specialize in governance and advocacy work, those that focus on frontline management, and others that look at innovation and systems change. Supporting charities related to mental health and domestic violence would also apply.

She often suggests clients do a starter gift of $2,500 to $5,000, a one-time, no-commitment donation that will give a good sense of how a charity is going to engage with them.

Tax breaks for charitable givers can add up

"Ask questions: What are you going to do with my money? Who's on your leadership team? What's your vision for the organization? What's your plan for solving this problem and who are you connected with? Who can I talk to in your organization?"

Regarding that last point, Ms. Rotstein recommends that donors dig deeper than the annual report to get a clear picture of a group's operations and stability. "I'd sooner see an organization actually do what they're supposed to do rather than one that doesn't spend a lot of money but also doesn't get [stuff] done," she says.

Charity Intelligence Canada, a Toronto-based registered charity that evaluates other charities, has reviewed 700 Canadian organizations that together account for 53 per cent of giving across the country. Most of that giving is going to what managing director Kate Bahen calls the major household names: hospital foundations, health-care charities and cancer charities.

She recommends that donors first check whether a charity is registered with the Canada Revenue Agency, and from there, determine its size.

"We get this all the time: People say they want to give to small, local charities and then they say War Amps," Ms. Bahen says. "War Amps is one of largest charities in Canada." A "big" charity is one that receives more than $1-million annually in donations, she says.

Many organizations raise funds even though they already have plenty of money in their accounts, Ms. Bahen explains.

"Is this charity asking for your donation because it actually needs money?" she asks. Some big charities have three years' worth of money already, she says, and that will show up on a balance sheet.

"You don't want your money to sit idle in an investment account. There could be more pressing needs."

Andrea McManus urges her clients to ask many questions in her role as a partner at ViTreo Group, a Calgary-based consulting firm that specializes in philanthropic giving. What are a charity's priorities, and what kind of progress is it making toward fulfilling them? What impact is the organization having in the community, and what does the impact look like?

Potential donors should also consider the stability and work of its leadership, staff and board members. Is the board active? Do its members engage in the mission? Do they represent the community well? Do they have well-articulated processes for board renewal?

The No. 1 question Canadians have, Ms. Bahen says, is how a charity spends money on​ programs, fundraising and administrative costs.

While charities need to spend a basic amount on administration to operate efficiently, those that have admin costs above 22.5 per cent receive a zero score for this particular metric in Charity Intelligence's analysis. She suggests spending time on an organization's website to evaluate its programs and see whether it is financially transparent.

There is no guarantee that an organization with low overhead is more efficient than one with high overhead, experts say. High-net-worth donors should look at a charity's operational efficiency and value rather than just the tally of certain expenses. ​

Ms. McManus says, "It's important to know that not all charities are created equal, so if you are assessing an organization's social value based on administrative costs, you only have a tiny little piece of information."

"Don't confuse efficiency with effectiveness," she adds. "What you really want to know is how well the charity is doing achieving its mission."

Ms. Bahen says she is encouraged that more people are seeking information these days about the charities they support.

Tax breaks for charitable givers can add up
April 25, 2017 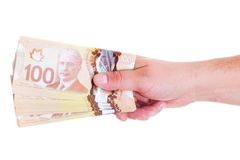 ‘Dream teams’ put wealthy clients front and centre
May 3, 2017
Picasso on the Prairies: Philanthropist brings modest sensibility to his work
April 21, 2017
Digital assets often overlooked in estate planning
April 18, 2017
How to keep the cottage in the family
April 11, 2017
How the wealthy gain an edge in their portfolios
April 11, 2017
The big blind spot that business owners face
April 6, 2017
Follow us on Twitter @globeandmail Opens in a new window
Report an error Editorial code of conduct
Due to technical reasons, we have temporarily removed commenting from our articles. We hope to have this fixed soon. Thank you for your patience. If you are looking to give feedback on our new site, please send it along to feedback@globeandmail.com. If you want to write a letter to the editor, please forward to letters@globeandmail.com.
Comments