When the private lives of notable Canadians become public, the stories are as intriguing and complex as in any Hollywood saga.

In recent years we witnessed the high-profile divorces of an NHL franchise owner, an heir to the McCain French-fry fortune and a Quebec businessman and his television-host wife. All involved children and vast business and family assets.

Still, it may be cold comfort to high-net-worth individuals that they don't usually face the same financial struggles as their less-wealthy brethren.

"Good news, you can afford to get divorced," Mary Jane McGinty wryly tells her wealthy clients. A partner at MDW Law in Halifax, Ms. McGinty has more than 30 years of experience in family law.

Here is some advice from legal and financial experts who aim to make divorces less stressful for their high-net-worth clients.

Stay out of court

In Canada, where more than 40 per cent of all marriages will end in a split, most divorces are considered "no fault."

First, you don't fight over the value of assets, Ms. McGinty says, you hire an appraiser.

When lawyers use forensic accountants and valuators, it's often not necessary to go to court except in the most litigious and difficult cases, says Ohran Gobrin, a partner in the valuations, forensic accounting and litigation support division at Fuller Landau LLP, an accounting, tax and advisory firm in Toronto. Evaluating private businesses is what Mr. Gobrin does most often.

He says "forensic accounting" is a loaded term thanks to unrealistic impressions based on television programs.

He is sometimes asked to search for undisclosed assets. For example, if a spouse is living beyond his or her means, that could point to money hidden in a business. But he cautions clients to focus on facts, not gut feelings. Avoiding wild goose chases will help prevent some of the financial and human cost of a divorce.

Most family lawyers are quite proficient in calculating what may or may not be divisible at the time of separation, says Christine Van Cauwenberghe, vice-president for tax and estate planning with Investors Group in Winnipeg.

It may be possible to keep an inheritance out of a division of assets if the money was invested in a separate account and not used to pay down a mortgage on a jointly held home, Ms. Van Cauwenberghe says.

For the most part, provincial laws dictate the division of property. "For example, in Newfoundland, Ontario and Saskatchewan, a marital home is shareable even if owned before the date of marriage," she says.

A prenuptial agreement or marriage contract can be used if one spouse is bringing significant assets into the union. These contracts will generally be enforced, but "there is an overlay of judicial discretion," says Ms. McGinty. Most matrimonial property acts in Canada give the court the jurisdiction to interfere in the contractual relations of the parties, she says.

"If circumstances have changed so dramatically [that] the agreement is no longer approaching fair, the court has the jurisdiction to set aside the contract."

Whether child support needs to be paid is based on the income of both parties, specifically line 150 of their tax returns. But this number doesn't always reflect the real money that's available to the party, explains Ms. McGinty. For instance, business owners may choose to leave retained earnings in their business, lowering their net income.

"If you are going to make the decision to take retained earnings out of a company in the year of a divorce, you might be inclined to leave them in," she says.

Another complicating factor in determining net worth is a change in circumstance, says Mr. Gobrin. For example, a professional may be winding down his or her practice at retirement age, causing the value of the business to drop for valid reasons.

Business valuation can be an expensive process, and a savvy lawyer will need to trust the client to know whether it's worth pursuing that investigation. "I've never seen one for less than $10,000 on a relatively small business," Ms. McGinty says. "So you have to make sure it's worth that."

Divorcing spouses should seek a new will and power of attorney as soon as possible. There is no requirement saying they must wait until a divorce is final.

The biggest mistake most divorced people make is to change the beneficiary designations on their tax-free savings accounts (TFSAs), registered retirement savings plans (RRSPs) and insurance to their children directly, says Ms. Van Cauwenberghe. "Generally speaking, we would not recommend that."

Instead, clients should change the beneficiary to "estate," for distribution according to the will, and appoint a trusted friend or family member to act as trustee, or even use a corporate trustee. The will should indicate that funds will be held in trust until the children reach a mature age – 30 or even 40, she says.

The newly divorced who receive an influx of cash "should put the funds in a liquid investment until they have an opportunity to sit down with a financial planner and develop a completely new plan," explains Ms. Van Cauwenberghe.

On the other hand, clients who face a reduced net worth may have to adjust retirement plans, and might consider more risk-averse investments.

Either way, people who experience a major life change shouldn't make any major decisions right away, she says. 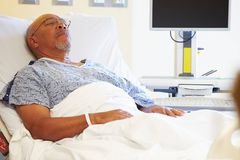 What sends the wealthy to psychologist’s couch? Money
March 1, 2017
Planning ahead: Some day, your financial adviser will retire, too
February 23, 2017
How charities are coping with 'donor fatigue'
February 16, 2017
Why wealthy families lose their fortunes in three generations
January 26, 2017