Sky-high share prices may not sound appealing, but these stocks can have the same wealth-building potential as their lower-priced peers.

While shares trading in the triple digits may look expensive, the key is to avoid confusing price with value. When share prices are examined against earnings, revenue or other valuation metrics, these stocks can still be a bargain, or at least reasonably priced, given growth prospects.

We asked portfolio managers for their top picks among stocks trading at more than $100 a share. These six names include the maker of the world's best-selling drug, the Google of China and the biggest shareholder in a dating website operator.

U.S.-based Abbvie, whose rheumatoid arthritis drug Humira represents about two-thirds of its revenue, has a strong product pipeline to fend off rivals in the next few years, Mr. Trottier says. In 2023, Amgen Inc. will have a licence to sell a version of Humira, which is the world's best-selling drug.

Abbvie, which was spun off from Abbott Laboratories in 2012, will also benefit from tax reform. Abbvie's stock, which traded recently between 15 and 16 times forward earnings, could reach $140 to $150 a share in 18 months, he said.

Failure to secure drug approvals is a risk, but Abbvie can also make acquisitions.

Shares of New York-based JPMorgan Chase will benefit from rising interest rates, tax reform and proposed banking deregulation, says Mr. Trottier. "It's the best outlook for a long time," and it bodes well for dividend growth and share buybacks, he said.

Bank profits will get a boost from likely increases in interest rates three or four times this year, while market turmoil can even increase trading revenue because that's when investors become more active, he noted. The bank, which has a strong management team, is also investing heavily in digital banking to be ahead of the curve, he said.

Its stock trades at about 13 times forward earnings, slightly higher than its peers due to a better return on tangible common equity, but lower than the S&P 500 index at 17 times forward profit, he said. JPMorgan shares could reach $140 in the next 18 months, he suggested. An economic slowdown and slowing job growth are risks to the stock.

Baidu, often called "China's Google," is benefitting from robust growth in ad revenue as the operator of the country's largest search engine, says Mr. Narhi. The Beijing-based firm, which is run by its founder Robin Li, has been protected from foreign rivals by Chinese government restrictions, he said.

Baidu is also a leader in artificial intelligence (AI), with projects that include self-driving vehicles. It controls video-streaming unit iQiyi, which will go public this year, and 20 per cent of the travel giant Ctrip.com International Ltd.

Using a sum-of-the-parts valuation, Baidu shares trade at roughly 12 times 2018 operating earnings, excluding net cash and its two units, he said. (Google Inc. traded around 15 to 20 times operating earnings when it was a pure-play search and ad business, he said.) "At recent prices, an investor gets the potential upside from all of Baidu's future AI initiatives for free."

A risk to the stock is the uncertainty of Chinese politics.

Dallas-based Howard Hughes, a developer of master-planned communities, has a unique business model whose value should be more apparent in a couple of years, says Mr. Narhi. A spinoff from General Growth Properties Inc. in 2010, the real-estate company owns massive acreages spanning 14 states from New York to Hawaii.

Howard Hughes sells lots to home builders and then develops nearby commercial properties, such as office and retail projects. "Those strategic developments become operating assets and start paying income," he said. "We think it is going to be hard to ignore this fast-growing net operating stream. … As densification builds up, basically the value of the land increases, too."

Poorly performing local economies can be a risk, he said. Using a sum-of-the-parts valuation, Howard Hughes is worth between $150 and $200 a share, he suggested.

The alcoholic beverage giant, which is the fourth-largest brewer and second-largest wine maker in the U.S. market, is a well-run company with an impressive acquisition history, says Mr. Ummat. Over the next three years, U.S.-based Constellation is expected to grow its revenue by 7 to 8 per cent and earnings by 15 to 16 per cent, he said.

The company, which distributes the Mexican beers Corona and Modelo, last fall also bought a 10-per-cent stake in cannabis producer Canopy Growth Corp., but that is just a passive investment, he noted.

Constellation's shares are cheap when adjusted for growth, he noted. Its stock trades at a price/earnings-to-growth ratio of 1.7, compared with 2 for its peer group, and 2.5 times for the non-alcoholic beverage space, he said. Because nearly half of its revenue comes from Mexican beers, President Donald Trump's proposal to build a wall along the Mexican border and impose tariffs is a risk, he said.

The stock of this U.S.-based media holding company is a less risky way to play the potential upside in two other companies, the publicly listed dating website operator Match Group Inc., and ANGI Homeservices Inc., says Mr. Ummat. IAC owns 82 per cent of Match, whose sites include Match.com and Tinder, as well as 87 per cent of ANGI, which connects homeowners with contractors.

Key is IAC chairman and media mogul Barry Diller, who has created a lot of shareholder value, he said. "I think this company is due to make more acquisitions or some further monetization of its businesses."

Expedia Inc. and Ticketmaster Corp. are past IAC spinoffs. IAC is undervalued because the combined market value of ANGI and Match is worth more than IAC, which also has $1.6-billion in cash, he noted. "You are getting IAC's video, publishing and applications businesses for free." Using a sum-of-the-parts valuation, IAC is worth US$180 to US$190 a share, he said.

New Internet competitors can be a risk to IAC. 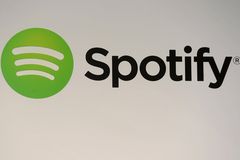 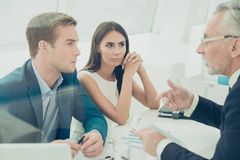 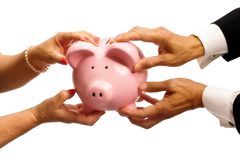