Giving to charity is rewarding on many fronts. Donors commonly say "making a difference" is their primary motivator, and that tax savings rarely top the list of their reasons to give.

"Most clients we deal with have causes that are near and dear to them that they want to support, and they'd do that anyway regardless of a tax credit," says Mark Slater, wealth management advisor and vice-president with CIBC Wood Gundy in Toronto.

But "the credit probably incentivizes them to give more."

"The tax department does give back," says Evelyn Jacks, author of several books on tax management, including Family Tax Essentials and Master Your Taxes. "Giving to charity is the gift that keeps giving back because you, too, win with a tax break."

So how much can you get back?

It depends on the giver's income and the size of the gift. On the first $200 of donations, all Canadians receive a tax credit of 15 per cent, amounting to $30 in tax savings at the federal level.

Donations over that amount receive a 29-per-cent credit for Canadians earning less than $200,000. (First-time donors receive even more, at least until the end of this year, when the so-called "first-time donor's super credit" ends.)

But higher earners can receive an even larger credit following the federal government's move to raise the marginal income-tax rate to 33 per cent from 29 per cent for people with gross incomes of more than $200,000. Now high-net-worth donors can potentially earn a 33-per-cent credit on donations against income of more than $200,000, Ms. Jacks says.

Tax breaks for charitable givers can add up

These figures do not include provincial tax credits, which can further boost the savings to a maximum of 54 per cent on donations, depending on the jurisdiction.

Moreover, the greater your income the more likely it is you can afford to donate and, in turn, save on taxes because the maximum allowable donation per year is 75 per cent of net income, "except in the year of death and the year immediately preceding, in which case it's 100 per cent of net income," says Ms. Jacks, who is president of the Winnipeg-based Knowledge Bureau Inc., which provides wealth-management education to industry professionals.

Donations exceeding the maximum can also be carried forward five years, allowing donors to strategically use up the credit over time to reap the most tax savings possible.

Because of its potential to negate taxes, charitable giving is often a key part of the financial plans of high-net-worth individuals and families.

Those with large sums to donate should consider creating a foundation, which will allow them to maintain control over how capital is given.

"It's a way for you to give an enduring gift," Ms. Jacks says. "[The foundation] will manage the money for you, even earning income by investing the capital for the future while parcelling out donations to charities according to your wishes that can extend beyond your lifetime."

But foundations can be costly to run. Mr. Slater says a family or individual would need at least $5-million to make it worthwhile, given the administration costs that include financial reporting and the staff to run it.

"We liken it to having your own private foundation without a lot of the administration, time and effort that you have to put into establishing an actual foundation," says Nicola Elkins, CEO of Benefaction Foundation, which specializes in managing charitable giving for high-net-worth Canadians. The minimum donation to set up an account at the Benefaction Foundation is $25,000, she adds.

Donors generally make a lump-sum gift and receive a tax credit receipt, and then the money is managed inside a fund and given to causes of their choice over time.

Whether with a donor-advised fund, foundation or one-off donation, many high-net-worth individuals give stocks in-kind that have appreciated in value. This offers additional tax savings: Not only does the donor receive the tax credit, but he or she also does not have to pay taxes on the capital gains.

"It offers the biggest bang for their buck, where they can get close to 70 per cent of the donation back in tax savings," Mr. Slater says, adding the amount varies by province.

Yet while strategic giving is an important part of wealth planning in life, it's equally of concern for an estate.

Besides leaving stocks in kind or cash to charity in the will, some individuals also make charities the beneficiary of life insurance policies, Ms. Elkins says.

"You're thereby significantly supercharging the value of the donation or the fund that you're setting up," she says, adding that donors have a few different strategies involving life insurance that can provide tax savings while helping causes of their choice.

One strategy involves setting up a new policy with a foundation, providing a tax credit on the premiums, even using stock donated in kind to cover those costs, adding to the tax savings.

Another would be to sign existing insurance policies to a charity, in which case the charity gives a tax receipt based on the value of the policy, and the individual can then use the credits over a period of years.

Although charitable tax savings can be substantial in life or in death, donors are often more concerned that their gift has the biggest benefit possible to the causes they hold dear, Ms. Elkins says.

"Having the means to live well is important, but making a meaningful difference is life-changing, and that is what truly drives their charitable decisions."

Six ways to benefit your heirs, not the taxman
April 3, 2017
How to keep the cottage in the family
April 11, 2017
How the wealthy gain an edge in their portfolios
April 11, 2017
The big blind spot that business owners face
April 6, 2017
Sun, sand and geopolitics: The lure of Mexico’s vacation properties
February 5, 2017 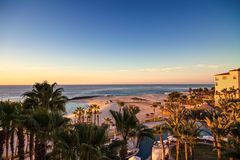 RRSPs and TFSAs not enough for high-net-worth investors
February 3, 2017
Why wealthy families lose their fortunes in three generations
January 26, 2017