This past fall, Peter Kinkaide, managing director of Raintree Capital Inc. in Edmonton, welcomed a new client to his office. She was there to talk about moving her money to the company's portfolio management business.

During that initial get-to-know-you meeting, the woman said she considered herself a conservative investor. She had substantial wealth to invest, and she had been disappointed in her previous investment manager for not being more heavily allocated in this year's bullish U.S. stock market. She felt she had missed out on the stellar year and was not happy.

The solution the client proposed? Move more of her portfolio into U.S. equities – pronto.

"We had to explain to her that you can't try and double down at this stage of the cycle to catch up on returns you missed over the last five or six years," Mr. Kinkaide says.

It's hard to fault her, however, as investors faced plenty to raise their heart rates in 2017. Stock markets made gains month over month, the Canadian government took steps to legalize marijuana and launched a new, potentially lucrative investment sector, and the bubbly crypto-currency bitcoin even turned one 18-year-old high school dropout into a millionaire.

But the year also gave all investors ample reasons to worry. Research from the fund giant Vanguard Group maintains a U.S. stock market correction is coming and investors in U.S. stocks should be prepared for a potentially significant downturn.

Meanwhile, according to a new report from the Organization for Economic Co-operation and Development, household debt levels in Canada are among the highest in the world and are considered a major risk to the country's economy.

Investing experts are also concerned about fossil fuel prices, geopolitical risks around the world, and even how much Canadians are overinvesting in their own country, which makes up only about 3 per cent of the world's stock markets.

So, with all these economic factors in play, how fearful or confident are Canada's wealthy investors as we move into 2018?

Paul Greene, founder of Paul J. Greene & Co., a Toronto-based pension-style wealth management firm, sums up how his well-to-do clients are reacting to today's ever bullish market in one word: Meh.

"There's nowhere near the euphoria about equity markets that there was, for example, back in the late 1990s," he explains, citing the extreme growth that came years before the dot-com bubble burst. "I think the severity of the market corrections over the last 15 years have been such that smart people have good memories."

He's also convinced that most rich investors know overvaluation when they see it. So forget Toronto or Vancouver real estate – they don't want it. "And nobody's even asked me what bitcoin is," he says.

"They don't say, 'Let's chase returns at the expense of everything else.' That's just not their kind of mentality. They look at what is going on and say, 'Let's not rush into things. It's okay if we miss one of the jumps,' " says Mr. Mastracci.

Mr. Kinkaide notes, however, that his affluent clients tend to fall into two camps: Some are feeling jubilant in the waning weeks of 2017, while others most definitely are not. "More sophisticated investors are starting to get nervous," he says. "We're starting to see some tactical shifts in asset allocation."

For example, they're taking profits and holding on to more cash so they can jump on better deals and lower valuations when the markets begin to slide.

"Frankly, we encourage it," he says. "That old adage of buy low and sell high – people often forget the 'sell high' part. Now is the time when people should feel comfortable taking some exposure out of the market and realizing those profits in expectation of reinvesting at a time when we see a dip, or even a full correction."

Mr. Kinkaide says wealthy investors are also moving some of their assets to private or alternative investments, those generally open only to the connected and wealthy, and often requiring a substantial $1-million-plus investment.

The most recent asset-allocation survey from Tiger 21, a North American peer-to-peer network for investors with at least $10-million in investable assets, supports his own experience with affluent clients. It shows that 33 per cent of its members' portfolios holds assets such as small businesses or buildings.

Of course, investments in private businesses or through private equity funds aren't necessarily less volatile or risk free. They don't ride the highs and lows of the publicly traded stock market, but businesses can fold and buildings can lose tenants.

No one can know for certain how the 2018 markets and economy will unfold. But "patience" should still be the No. 1 financial New Year's resolution, says Mr. Mastracci.

In other words, don't get bogged down by the noise. Think long-term and hold tight.

"Being in a hurry is one of the greatest killers of portfolios. It's not about picking the right stock. It's not about timing. It's about asset mix and patience," he says. "If you have that, you'll go far." 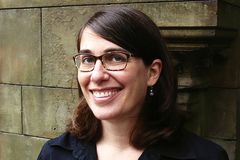 Analysis
A dangerous complacency: Why investors should prepare for a bull-market reversal
December 11, 2017 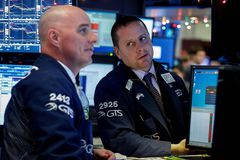 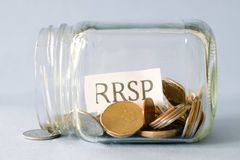