The annual Quantitative Analysis of Investor Behaviour study from financial services consulting firm Dalbar Inc. is a tough read. Not because it's data-heavy and dry (though it is), but because of its implications.

Every year, the survey looks at U.S. mutual fund inflows and outflows, using these data to calculate the real-life performance experienced by the "average" fund investor over time. It then compares this performance to that of a representative benchmark for a given asset class.

As you can see from the chart, the performance of the average U.S. equity fund investor isn't anywhere close to the benchmark. That's not just bad – it's shockingly bad.

Now, there are good reasons why an individual's performance might lag the index: Maybe there's a financial goal an investor has to pay for regardless of market conditions. And of course, fees and transaction costs create a headwind for funds, but not for an index.

Still, these don't account for the massive performance miss. What does? Behavioural biases. Selling low, buying high; switching to and from funds at the wrong time; chasing "hot sector" performance; unloading core positions to invest in the "fund du jour" – these are actions we take because of hidden prejudices that affect the way we process market information. 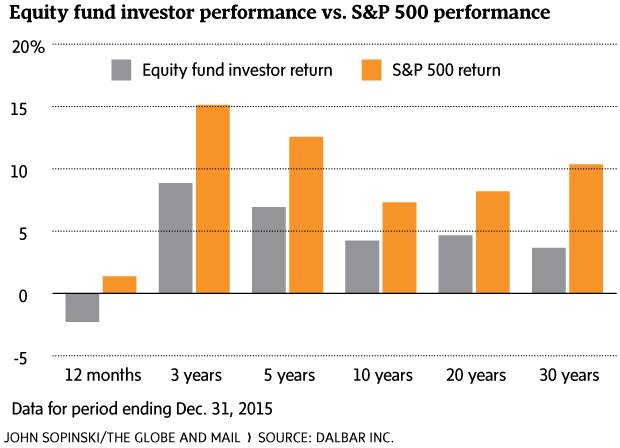 Over the past 30 years, I've noticed the wealthy tend to be less susceptible to such biases. They tend to be better at recognizing potential biases, as well as controlling the emotions that ultimately lead to them. Here are four examples:

This is the bias that leads us to place a great deal of importance on recent events, and discount or ignore those in the past. We can see this at work when investors pile into and out of positions based on short-term news and current events, without much thought for long-term implications. Case in point: What's happening right now with the current volatility brought on by the U.K.'s Brexit vote.

Most of the high-net-worth (HNW) investors I've met have a keen understanding of market history. Absolutely, they pay attention to what's going on right now. But rarely do they make that the foundation of their investment decisions.

This is the tendency to seek out information that supports our pre-existing opinions, while discounting information that may refute them. Turning again to Brexit, this explains why many investors were caught offguard by the surprise "leave" vote.

Most of the HNW investors I know actively seek out contrary opinions. They do "what if" analyses: what if they've gotten it wrong, assumed too much, or overlooked something? Some of them even select members of their advisory team to advocate contrary opinions, to ensure no risk has been overlooked.

Closely related to the above, this is the tendency to resist information that casts our pre-set beliefs in a negative light. We see this with the reluctance to sell losing positions. Many investors believe that "it will come back," despite obvious evidence that an investment thesis has changed.

By contrast, HNW investors generally have good selling discipline. No, they don't like losing money on an idea that didn't work out. But they don't let pride or shame get in the way when it comes time to cut their losses.

It's human nature to seek out others who affirm our actions and opinions. And when we see others do something, there's a natural "pull" to do the same thing. This bias helps explain the "FANGs" (Facebook, Amazon, Netflix and Google – the latter now a subsidiary of Alphabet Inc.) and other hot stocks: The more attention strong stocks get, the more attention they attract from investors who don't want to miss out.

Most HNW investors I've met are natural contrarians. When they learn what the investment crowd is doing, they often want to do the exact opposite. When they identify hot stocks, they want to avoid them – or short them. When they see assets that have been beaten up, they think opportunity. This goes a long way to explaining their consistently superior returns over time.

How to keep personal biases from torpedoing your retirement plan
June 9, 2016
Knowing when to sell: Using a rebalancing system can keep emotions at bay
April 6, 2016 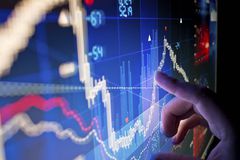 How multimillionaire Somen Mondal invests his money
May 29, 2016 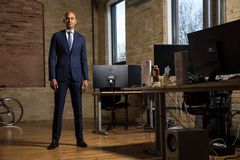