The main question Christine Poole gets from investors these days is when – or if – the Canadian economy will start to recover.

Ms. Poole, chief executive officer and managing director at Toronto-based GlobeInvest Capital Management, says there's also the underlying concern about another global financial crisis similar to 2008-09. Her bet is that the Canadian economy will begin to rebound later this year, partially on the back of a steadily growing U.S. economy. As for a recession? Unlikely.

The Globe recently spoke to Ms. Poole about her investment strategy, which is bullish on equities, including the big Canadian banks, as well as some energy and consumer plays.

Who are you investing for?

Our focus is mostly high-net-worth clients. Some of them are retired and rely on income generation for their portfolio. In this low interest rate environment, we have to look at equities to generate income. We don't go into stock, mutual or pooled funds. People are coming to us for our ability to pick stocks. Typically, in an all-equity portfolio, they would hold 30 to 35 names. We have a North American large-cap focus. About 45 to 50 per cent of the typical portfolio would be outside of Canada.

We are buying Canadian banks. We thought they were attractive earlier this year with the concerns of an energy overhang. It's in part for the dividend yield. As a group, they yield an average of about 4 per cent. The payout ratios are between 40 and 50 per cent, so they're well covered. It's a good area to be in if you want income and a bit of earnings growth. We think dividends will increase along the same pace. We also think the valuations are reasonable. We don't think the Canadian economy is going back into recession, which makes them an attractive place to put money. TD Bank and Royal Bank are our favourites. TD has 25 per cent of its profits coming from the U.S. and Royal Bank has just over 20 per cent. We like that because we think the U.S. economy will outperform the Canadian economy.

We've also been adding Fortis and Enbridge. We are looking for companies with a strong balance sheet, visibility in increased cash flow and by default increasing dividends.

What have you sold?

It's more about stocks we haven't been buying. Our energy weight is quite low. We still think there will be some volatility in the sector in the near term. Companies we have sold include [construction and engineering company] Fluor in the last year or so, because energy was a big component of its customer base.

What concerns are you hearing from your investors today?

There are concerns about what's happening in Canada. We think things will slowly improve. We are seeing some fiscal stimulus, which should be positive. Ever since the crash in 2008-09, investors have been concerned. They don't want to go through that again. All of the central banks are doing quantitative easing and we've got negative real returns in some countries. This hasn't happened before. Nobody knows how it will unfold. For us, it's a matter of monitoring it and waiting to see if we start to see signs of things falling apart, then we'll pull back and raise cash.

What's your prediction of where markets will go?

The U.S. economy will be an important factor in keeping the economy going. We don't see signs of a recession, which usually is what ends a bull market. In the U.S., employment and manufacturing are relatively healthy. We are quite bullish on the U.S. consumer.

What stock do you wish you bought?

Dollarama. That is always an expensive stock. For us, it always traded at a relatively high multiple, which held us back. It's the type of name that, it if stumbles or we get into a significant pullback, we'll look to add it to the portfolio. Opinion
The world is ripe for new economic thinking
September 30, 2016 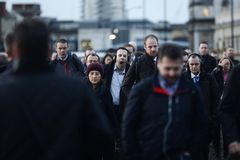 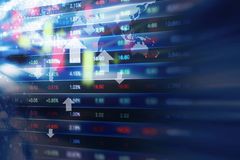