On Feb. 11, the Dow Jones industrial average plunged by nearly 255 points, the S&P 500 dropped 1.2 per cent, and most of the Canadian equity market fell just as much in the latest in a series of sharp selloffs for global equities.

However one asset – and one equity sector – flew in the opposite direction. The price of gold soared by more than $50 (U.S.) an ounce, and gold-mining stocks enjoyed gains of 5 per cent or more.

Gold has long been considered a safe haven when there is turmoil in the rest of the financial world. Whether it is war, currency crises, stock market crashes or runaway inflation, gold has historically been an asset that holds its value when other assets are crumbling. But is it still an effective way to limit downside risk for average investors?

Recent history gives some support to gold's reputation, even ignoring the big recent one-day move for gold. Looking at periods in the past 10 years when the S&P 500 fell by at least 10 per cent, gold has increased in value over each of those periods. However those gains were often modest – 3 per cent or less.

Bullion certainly has its fans in the Canadian investment world.

"Gold continues to have investment value as a diversification and safe-haven tool," says Douglas Waterson, a portfolio manager at Toronto-based Faircourt Asset Management Inc. He notes that in times of stress, asset classes such as stocks and bonds tend to become more correlated. But gold usually exhibits different behaviour. This lower correlation makes gold a useful part of the portfolio as a stabilizer, and perhaps a source of liquidity in difficult times.

There are several ways the average investor can invest in gold. The first is physical gold, such as coins or bars. There are several ways to do that in Canada, including many banks and brokerages. However this can be relatively expensive for most investors, with acquisition costs, storage costs and selling costs.

A slightly less direct way to invest in gold is through bullion-backed exchange-traded funds (ETFs). There are several based in both Canada and the United States, with differences on how they hold gold, fees and whether investors are able to exchange their holdings for physical gold.

Then there is investing in shares of royalty and streaming companies. The business model of these companies is to make an up-front payment to a company that owns and operates mines, in return for a continuing percentage of the revenue from those mining operations. This group includes TSX-listed companies such as Franco-Nevada Corp., Royal Gold Inc. and Silver Wheaton Corp. Generally, these companies are more diversified and exposed to less risk than operating companies.

Finally there are the shares of operating gold companies. "They offer the highest potential growth and highest risk," Mr. Waterson says. He notes they will react the most to increasing gold prices – especially in times where the input costs related to mine production, such as oil prices and the cost of labour, is reduced due to world prices or deflationary pressures.

Mr. Waterson is a believer in the value of a combination of these gold-related investments as a safe haven for portfolios.

But some money-managers aren't convinced.

"We do not hold any gold stocks at this time and are not likely to," says Norman Levine, managing director at Portfolio Management Corp., an independent portfolio management company based in Toronto.

On whether gold is a safe haven from market downturns, Mr. Levine says the best way to judge is to look at the financial crisis of 2008-09. He notes that during that time the price of gold declined by about 30 per cent. "Some safe haven," he says. In Mr. Levine's analysis, the U.S. dollar was the safe haven, and has remained so up until the beginning of this year. "I'm afraid safe havens do not show the volatility and price movements that gold does," says Mr. Levine.

Mr. Waterson has a part rebuttal for Mr. Levine's skepticism. He notes that over the past five years, while the price of gold has fallen in U.S. dollar terms, in Canadian dollars not only is it positive, it has outperformed the TSX composite index. As well, he sees gold as a safe haven primarily against declines in purchasing power resulting from currency moves in times of stress, and less as insurance against general market downturns.

Overall, Mr. Waterson feels gold is an effective insurance policy for investors at this time. "I see quantitative easing, zero and even negative interest rates, budget deficits, high sovereign debt and high levels of financial stress in many markets – all causing high volatility. In this environment, I think it is prudent to own some gold." 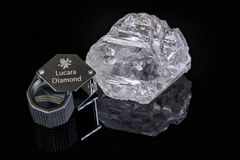 Now is the time to buy these three value stocks
February 22, 2016 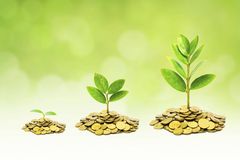