Turkey's move one and a half years ago to allow commercial banks to count gold deposits toward their reserve requirements potentially could be emulated by other central banks, and if so, would mean a "renaissance" of gold as a monetary asset, a New York-based consultancy says.

The end result of the Turkish rules has been to free up lending to support the economy at a time when many other countries are struggling to get banks to provide funds to borrowers, the consultancy said.

The privately owned gold held in Turkish commercial banks has shown up on the balance sheet for the central bank, resulting in news reports of inflated official-sector reserves in the country, the consultancy said.

"But on the monetary side, this is pure genius," said Jeffrey Christian, managing director of CPM Group. "We think that it will be emulated by other governments and other central banks."

And if so, this would be a "major move forward toward what a lot of major central banks would like to see," which CPM Group said is monetary and private-sector financial reserves dispersed across currencies - including gold - rather than the heavy global reliance upon the U.S. dollar as the world's reserve currency.

This ultimately would provide an underpinning for the price of gold, even if it doesn't directly mean higher prices from increased buying, Christian said.

"This is potentially a really big step forward in the rehabilitation of gold as a monetary-reserve asset," he said.

In September 2011, neighbouring Greece was in the throes of a massive debt crisis. European leaders were struggling to deal with the situation. Around the same time, U.S. lawmakers were in a stalemate over how to deal with their deficits and the country's credit rating was downgraded. Gold prices hit a record high on safe-haven buying. Money and gold were moving into Turkey, Christian said.

The country's central bank acted by creating the "Reserve Operation Mechanism." This provided its commercial banks the option of meeting a portion of their Turkish lira reserve requirements with alternatives, said Erica Rannestad, commodity analyst with CPM Group.

Initially, banks could meet 10 per cent of this with other currencies such as the dollar or euro, plus another 10 per cent with gold held on deposit at their banks. This was unprecedented in modern times for a central bank, the consultancy said. The percentage for gold was increased to 20 per cent in March 2012, then 25 per cent in June and finally 30 per cent by August.

So far, the measures have been successful for Turkey's central bank, Rannestad said. They have meant more liquidity for the financial system and lower borrowing costs.

"You could see other central banks become more interested in adopting similar policies," Rannestad said. In particular, she cited potential for India to take such steps. The country historically has been the world's largest gold-buying nation and its denizens collectively have what Rannestad described as a large amount of "under-the-mattress" gold. Should India follow Turkey's example, this could mean increased funding for the economy at a time of slower economic growth.

Ironically, despite the affinity for gold in India, the government also has been taking steps to limit gold imports – such as implementing duties – to control a high current-account deficit that has undermined the Indian rupee in recent years.

"The Indian government and Reserve Bank of India have been trying to figure out ways to reduce gold imports and mobilize the gold in their country," Rannestad said. She later added, "This could be an alternative solution to their issues."

Such policies by themselves might not necessarily increase the overall demand for gold, she said. Turkish banks are not actually increasing their purchases. Instead, they are better able to utilize existing holdings of clients to free up liquidity in the banking system.

Still, "this could be a renaissance for gold in its role in the monetary system," Rannestad said.

Already, Rannestad said, there is a renaissance of gold as a monetary tool, as reflected by increased buying in recent years from central banks looking to diversify away from major currencies such as the dollar. The consultancy said central banks collectively have been net buyers since 2008, after previously being mostly net sellers since 1965. And, as gold becomes a more important tool in the monetary system, central banks likely would continue their accumulation, CPM Group said.

The consultancy cautioned that one impact of the Turkish rules has been to create the impression that central-bank purchases of gold have been even higher than has actually been the case. CPM Group estimated central banks added 9.5 million ounces in 2012, or roughly 8 per cent of mined and secondary supply.

However, CPM Group said, the privately owned gold held by commercial banks in Turkey was showing up in data as though it was holdings of the central bank itself. As a result, the consultancy has adjusted its data on net official transactions to account for this. The consultancy said from October 2011 to December 2012, the country's reported monetary reserves rose 7.8 million ounces. However, this was not gold bought by the central bank on the open market and instead was gold held by investors and others in commercial banks.

"It's still a bullish story," Rannestad said of global central-bank purchases. "But it could lead to inflated views of central-bank activity."

Daniela Cambone contributed to this story.

Market players expect gold to break out to the upside next week
March 15, 2013 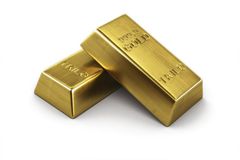 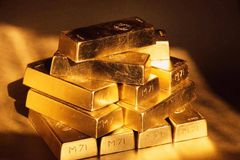 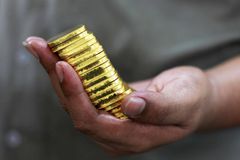 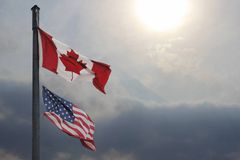