Gun makers rallied the most in five months as stepped-up discussions about stricter firearms controls fueled anticipation of a short-term sales boost.

Senator Chuck Schumer, a New York Democrat, called on President Donald Trump to support tougher restrictions Thursday, saying the National Rifle Association has had Republicans in a "headlock for decades." That followed a meeting late Wednesday between Trump and lawmakers, in which the president said some politicians were "petrified" of the gun-rights group.

"Many ideas, some good & some not so good, emerged from our bipartisan meeting on school safety yesterday at the White House," Trump tweeted. "Background Checks a big part of conversation. Gun free zones are proven targets of killers. After many years, a Bill should emerge. Respect 2nd Amendment!"

The stock gains extended a common pattern from the Obama administration in which calls for stricter gun controls would prompt gunmakers to rally, as investors anticipated that customers would rush to stockpile weapons ahead of any legal changes. While fears of tighter regulations had waned under Trump, the shooting of 17 people at a Florida high school last month has stoked the debate on how to respond to gun violence.

American Outdoor Brands Corp., formerly known as Smith & Wesson, advanced 4.2 percent to $9.38 at 1:42 p.m. after climbing as much as 7.9 percent for the biggest intraday gain since Oct. 2. The company is set to report results after the close of trading. Adjusted per-share earnings are expected to fall 86 percent, with sales down 26 percent, according to the average of analyst estimates compiled by earnings.

Dick's Sporting Goods Inc., Walmart Inc. and Kroger Co. said this week they would no longer sell assault rifles and would increase the purchasing age of firearms and ammunition to 21 in their stores.

"While the election seemed to eliminate gun control talk for the time being, the unfortunate reality in the modern world is that tragic events such as this are always just around the corner to reopen debate," James Hardiman, an analyst at Wedbush Securities, said in a Feb. 27 report on American Outdoor.

Still, some forms of gun control, including magazine restrictions and strengthened background checks, are unlikely to have much impact on the manufacturer, according to the report. 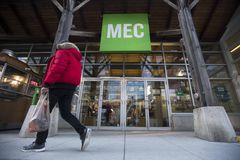