While many kids my age bug their parents to take them on vacations to places like Disney World, this year I asked my parents to bring me along on their annual trip to Omaha.

There, at a Berkshire Hathaway shareholders meeting, I got up close to my investing idol – Warren Buffett.

My Dad first told me about investing when I was about 11 and I thought it was a cool concept because it seemed like you didn't have to do any work but you still get money. When I turned 13, I became more seriously interested and started to do some of my own research by reading the business section of newspapers (especially articles about new investments by Mr. Buffett), and television shows like American Greed (about Ponzi schemes) and Til Debt Do Us Part (about personal financial management). Since then, I've been hooked.

I'm now 15 and my friends' opinions on investing are very different from mine. Many of them do not know what it is, and the ones that do don't understand why I like it. They believe that I am abnormal or as they say, "messed up." Many of them do not understand that they can make a lot of money from investing; instead they think it's boring and useless.

Though I haven't bought any of my own stocks yet, I do sometimes share my ideas with my parents. At one time I wanted to invest in McDonald's because I think people are becoming more reliant on fast food because of lack of time and money. McDonald's is the strongest and biggest of the fast-food chains, and when its stock was down I thought there was a good opportunity to invest. (My parents didn't end up buying the stock and they missed the gain when the price went back up.)

My parents not only introduced me to investing, but also to Mr. Buffett. I was immediately interested in him because he became extremely rich from investing. He's ranked among the top five richest people in the world. As I learned more about him, I have gained a lot more respect for him. His humble beginnings, his high level of ethical behaviour and his pure intelligence all make me a fan.

As Berkshire Hathaway shareholders, my parents have been going to the company's annual meetings for more than 10 years. They always have fun and bring back lots of See's Candies – a company owned by Berkshire Hathaway.

This year my parents decided I had shown enough interest in investing and felt that Mr. Buffett was the ideal investor for me to learn from, so they brought me along.

My 13-year-old brother and I took a Friday off school and my family headed to Omaha for the weekend. (My brother doesn't share my interest in investing – at the convention he mostly ate candy and bought stuff from the vendors.)

Seeing Mr. Buffett in person gave me a greater understanding of his investing philosophy and how he runs his company. The convention floor was filled with large booths displaying products and services for companies like See's Candies so that shareholders truly understand what they own and are a part of. There was a Clayton home, a couple of motor homes, a really nice pontoon boat, and Fruit of the Loom had a Harlem Globetrotter signing balls (my brother got one!). We all got limited edition Brooks shoes, and we ate Dairy Queen bars all day long.

Mr. Buffett treats his shareholders as business partners regardless of how many shares they own. Seeing him in real life and listening to him speak during a day-long Q&A session also showed me his more comedic and relaxed side that I did not expect. I particularly enjoyed the company video at the beginning of the meeting where Mr. Buffett was involved in some funny skits.

I also admire Mr. Buffett's business partner Charlie Munger, who helped answer questions during the meeting. Mr. Buffett and Mr. Munger are big fans of See's Candies and they ate peanut brittle and filled chocolates all day long. It's amazing how much candy they put away right in front of our eyes.

When I came back from the meeting, I told my friends I was surrounded by rich people and I got to eat Dairy Queen bars for a dollar and lots of candy – Berkshire Hathaway also owns Mars. I also got a set of headsets at a shareholder discount of 40 per cent off. Even my friends who don't understand why I like investing thought the cheap treats would have been awesome. They're not calling my interests "messed up" any more.

Alex Prieditis is a high-school student in Toronto. When he grows up he wants to start his own business. After high school, he plans to go to engineering school then get an MBA. 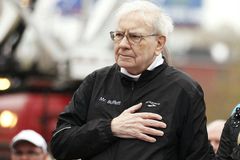 A better way to follow Buffett into the oil patch
August 16, 2013 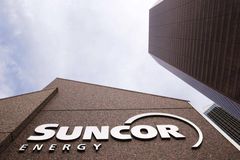 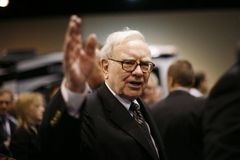