For a decade and a half, Mr. Ser has been trading independently online. He has mentored others like him and started a business, Ser Man Traders, training traders in Richmond, B.C. He also has partnered with one of the people he coached and who made $1.7-million in five months in gold and silver after years struggling to learn the markets.

The best general strategy for traders, Mr. Ser argues, is not to try to pick apart the minutiae of myriad financial securities and markets. Such a broad approach takes too much time and inevitably leads to frustration and potential losses, he insists.

Instead, traders need to specialize, particularly those who don't trade full time. "They need to be an expert in a specific area. They need to be really good at something, rather than be a handyman about everything in the financial market," he says.

It's a strategy used by traders at big investment banks, who are experts in such arcana as, say, commodity futures or the repurchase-agreement market. And even though Mr. Ser and some traders in his workshops may look like day traders, sitting at a gaggle of terminals, trying to make a buck on tiny, minute-by-minute market movements, they are instead taking a different approach.

Call it swing trading or trend trading. It's about holding a security for a few days or months – and being expert enough in that security to set a goal indicating when to sell, such as when a big shift occurs in the market. "They buy until the trend reverses, and then they switch their direction," Mr. Ser said.

Take the experience of Andy Man, who is Mr. Ser's business partner. Mr. Man started trading in 2006 in various markets such as tech stocks. It wasn't until he specialized in gold and silver that he hit big, by taking short positions in the two commodities. He bet that gold and silver prices would drop as the lure of these commodities as a safe haven would diminish when other markets improved. This was in 2011, but he had seen a similar situation pass by in 2008 without taking advantage of it.

As Mr. Ser described it, Mr. Man's strategy was to accumulate additional short positions rather than take shorter-term profits and exit the market. He was fortunate. His initial position of $1,600 turned into $1.7-million in less than half a year.

"Instead of exiting, he added more to his positions, and that's where his capital grew very, very quickly," Mr. Ser said, noting that this changed his outlook on how to train other traders. Mr. Man "looked at this sector for five to six years before he had success. So, it takes time to develop the expertise. But once you develop [it], you have a greater advantage over other people."

The important thing is to establish a target price at which to exit the position, and then stick to it. "When it reaches our target – and it doesn't matter how long it takes to get there – we will exit that position," he added.

With a business degree from Simon Fraser University but no financial background, Mr. Ser began trading himself in 1999 during the dot-com boom, when online day-trading was relatively new. The aim then was to get in and out of a security quickly with a profit. Yet much of that allure disappeared during the subsequent dot-com crash, and then again in the rout of markets in 2008 to 2009.

Another benefit of becoming an expert in one sector or security is based in lifestyle. It enables one to tailor trading to fit a schedule. For instance, gold and silver are traded effectively around the clock and around the world, allowing more flexibility than smaller, specialized sectors such as technology or resource stocks.

"At the end of the day, what is that person's objectives? What's the person's lifestyle? Does he want to trade every day? Does he want to be sitting in front of a computer? Is he a morning person or an evening person? What are his goals?" Mr. Ser said.

"A lot of those types of things will help us decide whether a person should be trading only for a few minutes or a few hours a day, or only looks at a computer once a day and [should be] longer-term. We're kind of customizing everything to fit the trader, rather than having them emulating exactly what we do."

Concentrating on one area allows some traders to glance at the market as seldom as once a day. If there is no buying or selling opportunity, they can check again tomorrow. "If you only choose a certain area to focus on, then you're looking at the same thing every day," and that's a good thing, Mr. Ser insisted.

There are the obvious financial reasons not to bet one's mortgage on trading. There are also the less obvious, psychological ones.

"I've seen some traders trade with money they need to pay the rent with, so they're trading very scared and not making logical decisions," Mr. Ser said. "Everybody's different, but make sure you trade with risk capital that you can afford to lose." 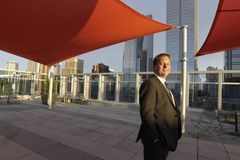 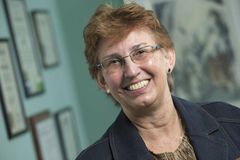 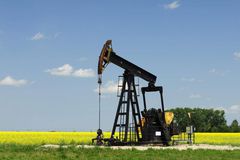 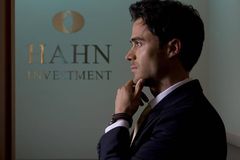 Dividend stocks the best bet for retirement
May 12, 2018 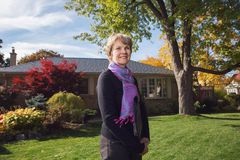 Time to declutter your investment closet
May 12, 2018 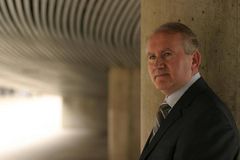 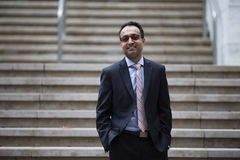