Automated investing is only going to grow, many industry experts believe. And, as they try and peer into the future, many conclude that, combined with a new technology-oriented generation inheriting a wave of wealth, that means adapt or die for financial advisers.

Chief among those would be the "slothosaurus" financial advisers, a term coined by Wesley Gray, the founder of Alpha Architect, a financial services company on the outskirts of Philadelphia. By that, Dr. Gray, also an author of books on investing, is referring to the sort of advisers who take a 5-per-cent commission and a 2-per-cent management fee and fully believe they provide true value by virtue of the great relationship they have with their clients.

Unfortunately, according to Dr. Gray, the sort of clients who value those relationships are moving into their senior years, and their children, who will inherit their wealth, don't share the same opinion. Robo-advisers will play a role in accelerating that shift away from traditional advisers, he says, though he acknowledges that the financial adviser-client relationship is not without its appeal, and will continue to have its place within the spectrum.

For instance, the role of adviser as a "psychologist coach" is one that pays dividends, he believes, because the ability to talk a client off a cliff when a market crisis happens is invaluable.

"I think that's still a real value proposition and that's something that's hard to replicate with a computer, at least so far," Dr. Gray says. "I'm sure at some point if people get more comfortable with technology you might be able to prevent some of that even with a machine."

With the Gen Y and Gen Z demographics starting to map out their financial futures, the tools available for them to do that will have to adapt to their individual tastes, and that starts with ease of use.

"We're getting so busy with life these days that we're hearing, particularly from the millennial demographic, that they just want it to be all automatic," says Adam Nanjee, the head of financial technology at MaRS Discovery District in Toronto.

Another requirement is transparency, he adds. People are looking at every penny, says Mr. Nanjee, so when clients start to see management fees related to mutual funds that they don't understand, price and ease of comprehension become factors.

The penetration of smartphones in Canada will also play a key role in the future of automated investing. More than 80 per cent of 18- to 34-year-olds used a smartphone in 2014, with that figure expected to grow to about 98 per cent in 2018, according to a survey conducted last year by eMarketer.

A reliance on being able to access financial services on the fly will only increase, Mr. Nanjee says.

"To me, that's the future: real time … irrespective of where you are, you're going to be able to essentially control, adapt, change, modify all of your financial services at your fingertips."

Automated advisories may themselves feel the need to adapt and innovate, for instance in the area of customization. While the format generally funnels clients toward one of a number of model portfolios, the next generation of investors will likely want more control over their financial futures.

Pauline Shum, a professor of finance at the Schulich School of Business at York University in Toronto, says that her Gen Z son filled out a questionnaire for a robo adviser and the first thing he asked when he received his portfolio was, "Can I change it?"

"I think that's one of the directions they need to evolve [in] to meet broader investor demand," Dr. Shum says. "They're playing a numbers game: They charge very low fees so they need to have a very large customer base and to catch [more] people they might need to go in that direction."

In addition to her work at Schulich, Dr. Shum is also the president and co-founder of PW Portfolio Analytics Inc. The company seeks to provide overall portfolio analytics, especially risk exposure, on a subscription basis. The idea, as Dr. Shum says, is to "open up that black box because when I get that model portfolio from the bank or from a robo it's just a list of some funds."

She says investors generally lack information, such as how diversified their portfolios are and what kind of risk exposure they have, and one of the things that automated investing will have to address will be to provide more information for investors.

It's an area that Dr. Gray's Alpha Architect considered when building its robo-advisory. As a result, the company has people available to answer clients' questions.

"Some people don't have any, like the younger folks," Dr. Gray says. "I don't think we ever even get a call from them, but the older people just like to talk to somebody to make sure they're not investing in a Ponzi scheme or anything, which is totally reasonable."

Dr. Gray believes that, as those younger clients age and their capital builds, they will ultimately want some human interaction as their level of involvement with their portfolio increases.

He also feels that wherever automated investing goes, there will always be a human element involved, but that human may be acting more as a quarterback, walking people through various pieces of software and how it all works.

"I imagine it may go the way of accounting and tax, where it's a one-off fee as opposed to a 1-per-cent asset-management fee to sign you up for financial planning software, sign you up for a robo, that kind of thing," he says.

At the end of the day, he says, reliance on computers to do much of the heavy lifting is where the industry is headed, and everyone will be getting on board, with every financial advisory company needing its own robo-platform to stay in the game.

"I think software is going to more and more gobble up the activities that humans have traditionally done and I think it will go toward algorithms," Dr. Gray says. "In the end, I think at some level a human will have to be involved, it just may not be to the extent that it is today."

Automation takes the emotion out of the investing equation
June 18, 2016 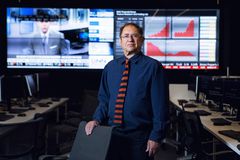 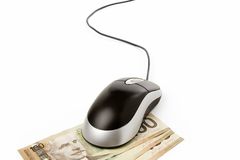 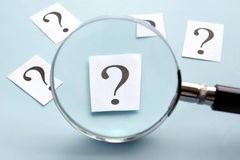 What to consider when deciding whether to use robo-advisers
June 18, 2016 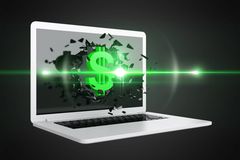 Banks reflect on what works and what doesn’t with digital advisers
June 18, 2016 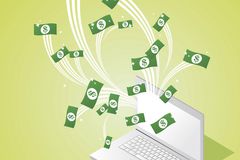