The statistics are well-known, but may still shock: Only 24 percent of private sector workers have access to a registered pension plan, and for those private sector employees who have a registered plan, the percentage with a defined-benefit (DB) plan fell by a third over the last decade.

This means that Canadian workers outside the public sector, where DB pensions still rule, are increasingly on their own in terms of creating income in retirement.

DB pension plans have multiple benefits for the employee. Participation is automatic, the benefit in retirement is known, and any risks of shortfall if markets falter are borne by the employer.

In contrast, employees who create their own retirement income stream take the chance that the portfolio will fail to return the desired income in retirement, especially if they live longer than the average.

So how should people without DB pensions save for retirement? Conventional wisdom says you need to have risky assets – equities or stocks – in your retirement savings portfolio. Over time, stocks have a higher expected return than fixed-income or bond investments, which might not even keep pace with inflation. This is especially true in today's environment of low interest rates.

Over long periods, such as the two, three or four decades of saving for retirement, the standard financial advice is that the higher expected returns from stocks make them a "safe" way to invest for retirement, despite the reality that the risk associated with stocks means you probably will experience at least one major stock market downturn on your savings journey.

There's even a popular investment book by finance professor Jeremy Siegel, Stocks for the Long Run, which puts forward the conventional wisdom that most of us should have stocks in our portfolios.

Are stocks 'safe in the long run?'

The view that stocks are "safe in the long run" is not universally held – and one vocal, noted and influential academic suggests mainstream thinking about the place of stocks in retirement savings portfolios is dangerously misleading for the average investor.

Zvi Bodie, a professor of management at Boston University who has published widely on pension finance and investment strategy, says that stocks become riskier, not safer, the longer you hold them: "Stocks do not become safe even in the long run. If they did, they would not have a risk premium."

For Dr. Bodie, conventional retirement savings advice is based on fundamental misunderstandings of how probability works. Typical financial advice can lull investors into thinking that as long as their investment horizon stretches over an extended period, the chance that they will fail to meet their savings goals when allocating savings to risky assets gets smaller and smaller.

In contrast, he says that while the probability of loss gets smaller over time, the potential severity of the loss gets worse – because bad outcomes that are unlikely to happen in a short period of time become more likely in a really long period of time.

In financial terms, this is known as "tail risk," or the chance that an investment will experience poor returns that are very different from the average return. The chance of much-lower-than-average returns over long periods is particularly important for retirement savers, as the closer you get to retirement, the larger the amount of money you have is at risk – meaning the magnitude of a bad year on a portfolio is larger.

"Think about other situations where there's a small probability of something happening," Dr. Bodie says. "What if your house burns down? The probability is small. Yet if it happens, it's devastating financially. So you buy homeowner's insurance. The probability of not meeting your retirement-income goal may be even higher than your home burning down, yet we're not helping people understand that risk or cover for it."

But if "risky" assets aren't appropriate, how should we save for retirement? For Dr. Bodie, the place to start is with safe, inflation-protected investments. For U.S. investors, he advocates using TIPS, or Treasury Inflation-Protected Securities, as the foundation of retirement savings for individual investors who need to create their own retirement income streams. Dr. Bodie's 2003 book  Worry-Free Investing sets out the rationale and details of how to use TIPS to save for retirement.

TIPS are backed by the U.S. government. They are considered extremely low risk because the par or face value rises with inflation, as measured by the consumer price index, while the interest rate remains fixed.

The risks of safe assets

One implication of using low-return, extremely safe investments to save for retirement is that the amount of savings required to fund retirement is larger, even much larger, than if "risky" assets are used.

Jason Pereira, a fee-based financial planner with Woodgate Financial, notes that allocating more, or potentially all, of your retirement savings to safe assets can mean saving more, starting saving earlier, retiring later, or replacing less of your working income in retirement than if "risky" assets are used.

"Using a back-of-the-envelope calculation, if you're saving only in very low-risk or no-risk assets like real return bonds, you might have to save as much as 70 per cent more than if you allocate some of your savings to risky assets."

You're also able to "take risk off the table," he says, by rebalancing your portfolio periodically, to maintain a balance between safe and risky assets. Finally, using very low-risk assets to build your retirement income portfolio also "runs the risk that you won't be able to shelter all of the assets in tax-free and tax-deferred accounts, simply because you'll run out of room," Mr. Pereira adds.

The role of human capital

Dr. Bodie's view is that the majority of U.S. workers cannot take the risk of jeopardizing the income needed to cover basic needs for the opportunity for higher returns: "Depending on your job security, you may be able to assume more risk – but if you look at a lot of young people today, they are in anything but a secure career path. . . . Those employees should take on less risk in their retirement plans."

Moshe Milevsky, finance professor at York University in Toronto, notes that both Dr. Siegel, author of Stocks for the Long Run, and Dr. Bodie, of Worry-Free Investing, earned their PhDs at Massachusetts Institute of Technology under Nobel Laureate Paul Samuelson – who is the originator of the concern that stocks grow more, and not less, risky over time.

For Dr. Milevsky, how much a saver should have in risky and safe assets is ultimately, as for Dr. Bodie, a question of the riskiness of their overall job security: "If your human capital is risky, you need more safe assets in your life – if you are like me, or Bodie, and have a tenured professorship with a defined-benefit pension, then you are fine with more risky assets. The question is how much."

That question, in turn, depends on multiple factors, some of which are highly personal, says Dr. Milevsky. But it is important to note that the conventional wisdom about the safety of stocks "in the long run" is "egged on" by the vast and growing financial services industry which benefits from this wisdom, he says, versus the retirement saver who stands to lose out if the odds don't end up in his or her favour.

The idea is that you will experience ups and downs, whether they are "major" or not. Also what's "major" to you – 10 per cent? 20 per cent? – may not be "major" to another person. 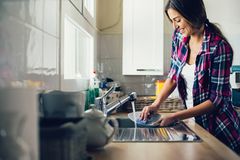 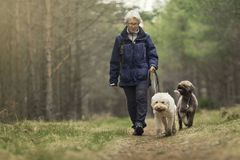 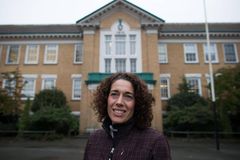