On the last weekend in November, as the Toronto Maple Leafs were reeling off back-to-back wins in Dallas and Anaheim, Larry Tanenbaum, the team's chairman and 20-per-cent owner, had a change of heart.

The billionaire construction magnate informed the heads of Rogers Communications Inc. and BCE Inc. that after a month of frustrating negotiations, he was ready to make a deal that would allow the two telecommunications giants and bitter rivals to mount a joint takeover bid for Maple Leafs Sports and Entertainment, the company that owns the Leafs and Toronto Raptors.

In return: He wanted a bigger piece of the company.

In an extraordinary move, Mr. Tanenbaum, as a minority shareholder, was able to command two of the country's most powerful companies to increase his share of MLSE to 25 per cent. The $1.32-billion deal announced Friday and the concessions made to Mr. Tanenbaum show just how fiercely determined the two telecommunications giants were to win the prize: Canada's biggest collection of sports assets, and most importantly, the television broadcast rights that accompany those assets.

The willingness by BCE and Rogers to do a deal that will yoke them together underscores how crucial sports programming – and professional hockey in particular – has become in modern broadcasting. Television companies have been buffeted by a series of headwinds: the explosion of channels, which has resulted in a splintering of the audience; the dawn of the PVR era, which allows viewers to zip through commercials, thus diluting the value of TV advertising; the sudden popularity of Internet-based services such as Netflix.

But sports, as programming that is usually watched live, is still able to command mass audiences. That's why sports programming rights have become he most lucrative and sought-after elements of the television market, and especially crucial for Rogers and Bell, which generate large profits from their rival sports cable stations. The stakes are so high that the bidding for MLSE by both companies became driven by fear, with each side willing to go to the brink to prevent its rival from getting the prize.

Mr. Tanenbaum held the key. As November neared an end, it appeared the two companies would have to give up on their months-long attempt to take control of MLSE, one of North America's most valuable sports companies. Even if the companies could overcome their historic rivalry, talks to purchase the 80 per cent stake owned by Ontario Teachers' Pension Plan hinged on Mr. Tanenbaum.

That weekend, Mr. Tanenbaum reignited the negotiations, signalling that he would give Rogers and BCE the control over the TV rights that they were seeking – in return bigger piece of the company. The result, just two weeks later, was a deal that reshapes MLSE – and cements Rogers' and BCE's control over sports broadcasting in this country.

On Friday, the CEOs of Rogers and BCE, Nadir Mohamed and George Cope, presented a united front with Mr. Tanenbaum on the deal, the biggest-ever sale of North American sports assets. The two telecom CEOs heaped glowing praise on Mr. Tanenbaum and jovially taking harmless stabs at one another.

"Larry came to the table, solved the issues, and we moved forward," Mr. Cope said.

The friendly words of the announcement capped months of difficult and frustrating negotiations. At BCE, people involved with the deal referred to it as Midnight, a dark reference to two rivals coming together. "We just thought that's pretty obvious if you kind of think through who our partner ended up being and the concept of what we would do on a daily basis. So we thought it was kind of a fun name," Mr. Cope said. (Teachers' code name for the deal was omega, a randomly assigned name.)

While sports transactions tend to be time-consuming and cumbersome, sources described the bidding for MLSE as a particularly frustrating process.

The two companies have battled each other fiercely for sports audiences and advertising dollars in recent years. BCE owns TSN, while Rogers owns Sportsnet, and both have invested heavily in those properties.

The final terms speak to the two big companies' desire to get the deal done, even if it meant sacrificing some of the upside. In exchange for letting Rogers and BCE control the TV rights to Leafs and Raptors games, Mr. Tanenbaum will increase his stake to 25 per cent of the company when the deal closes. Sources say he will contribute some of his own funds to the deal, but his increased share in MLSE comes at a significant discount to what he would have otherwise had to pay in a traditional sale.

As well, Mr. Tanenbaum, who had right of first refusal on the Teachers stake, gets to keep a number of other high-profile positions, including chairman of MLSE, and a spot on the NHL governor's executive committee – an exclusive group of 10 hockey owners who carry considerable sway over key decisions made in the league.

The deal gives MLSE a total equity value of $1.66-billion, and an enterprise value of $2.1-billion including debt. Sources said the purchase price amounts to a multiple of 21 times MLSE's earnings before interest, taxes, depreciation and amortization. That suggests that the firm kicks off profits of roughly $100-million a year.

Rogers and BCE are each putting up $533-million of cash to buy the stake, with the remainder being financed.

Teachers put its stake in MLSE on the auction block in March, hiring Morgan Stanley and saying it had received expressions of interest from several potential bidders.

Behind the scenes, bidders expressed frustration at the power Mr. Tanenbaum wielded over the process, since any buyer of MLSE would have to work closely with him on running the company.

For Rogers and BCE, the tension may just be ramping up.  The two companies have essentially assured themselves of a half stake in the TV rights to Leafs and Raptors games, which they plan to broadcast on their respective cable sports networks, and stream over cellphones and wireless devices. They will also have equal shares in other assets, such as the Toronto FC soccer team and broadcasting assets such as Leafs TV and NBA TV Canada.

Rogers and BCE (which owns Bell Canada), will have to divvy up the games among them, a process that marks a significant shift for the rivals. Of the 82 Leafs games played each year, MLSE owns the rights to about 50 of them.

The remainder are held by the NHL, mostly Saturday night contests, that it sells as the Hockey Night in Canada package, currently held by CBC until 2013.

Mr. Mohamed said in an interview that programming executives from the two companies will meet to divide up the games. Keith Pelley, president of Rogers Media, will oversee the negotiations for Mr. Mohamed, while the process at BCE will likely be steered by Kevin Crull, president of Bell Media.

In an unusual move, both CEOs will keep a close watch on the process, a source close to the matter said, suggesting how important the games are to each company.

There are still regulatory hurdles to be overcome. Both companies have been in touch with regulators in Ottawa to tell them about the deal, and it is expected the federal Competition Bureau will scrutinize the transaction.

The Canadian Radio-television and Telecommunications Commission will also have to look at the change in ownership of Leafs TV and NBA Canada TV, but that is unlikely to cause much friction to the larger transaction.

The National Hockey League and National Basketball Association must also approve the sale, but both leagues have already taken a look at Rogers and BCE.

Since Research In Motion CEO Jim Balsillie's failed attempt to purchase an NHL franchise a few years ago, the league has put in place a much more rigorous process for bidder pre-approval.

Sources said that in order for prospective bidders to get a seat at the table in Teachers' auction process, they had to provide financial disclosure statements to the leagues, and had to be vetted by the leagues. That process took weeks. 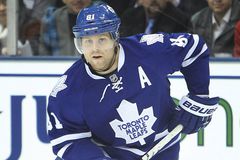 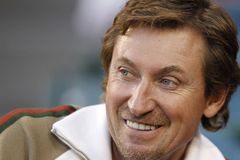 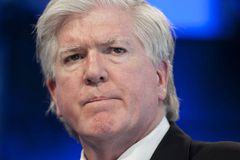 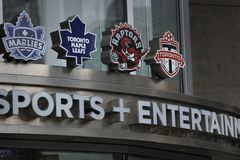