The March 1 contribution deadline for registered retirement savings plans is fast approaching. We asked three experts to explain how they invest and structure their own retirement portfolios

The three advisers stress that their financial decisions are personal and based on a variety of factors, and should be read exclusively in that context.

RRSP portfolio breakdown: Weighted approximately 70 per cent in mutual funds and 30 per cent in exchange-traded funds. Mr. Klein's overall retirement portfolio contains an RRSP and a TFSA as well as non-registered accounts.

The mutual funds and ETFs in Mr. Klein's RRSP portfolio contain 85 to 90 per cent equities, diversified across Canadian, U.S. and international markets, with the remaining 10 to 15 per cent in fixed-income that includes diversified bonds. "I have quite a long time until retirement, so my fixed-income component is a very small percentage of my portfolio, just for a bit of stability," he says.

Target rate of return: Mr. Klein says he expects his RRSP investments to attract a 7 or 8 per cent rate of return annually. He notes that returns on his RRSP portfolio in recent years have been significantly above that threshold.

However, he predicts that will not continue and anticipates returns in 2018 will be more in line with his expected annual rate of return.

Basic investment strategy: Mr. Klein describes himself as a disciplined long-term investor. "My approach is to diversify. I'm not speculating. I'm really trying to maintain a disciplined approach, as opposed to trying to chase the hot return in the short term," he says.

He looks for specific features in the mutual funds for his RRSP, including those with a low management expense ratio (MER), and managers who specialize. He likes to use ETFs in certain markets because he finds them to be a low-cost investment tool which, when combined with strong active managers, provide an excellent way to return value over and above the performance of the market.

Mr. Klein also attempts to follow certain tax strategies. For example, he holds a small amount of fixed-income investments in his RRSP because interest income is fully taxable at an individual's marginal tax rate. The RRSP, being a tax deferred account, shelters those payments.

And, "if possible I try to hold my Canadian equities in a non-registered account as the dividend payments from this account traditionally qualify as eligible for the dividend tax credit," Mr. Klein adds.

He reviews his overall retirement strategy, including his RRSP, every six months or annually.

Mr. Klein, who has had an RRSP since his first job fresh out of university, says one of the lessons he has learned is to avoid getting too caught up in short-term volatility, noting "normally that is just noise. Maintaining that disciplined approach allows me to ensure that I don't venture too far from my strategic mix, and that I'm not overloading risk trying to chase return."

"I'm 36 years old, so I tend to be fairly aggressive in my RRSP account. I also have a 25- to 30-year time frame on my money until retirement, so I don't worry perhaps so much about market timing as somebody who's five or 10 years out from retirement."

Target rate of return: Ms. Hamilton would like to see a 7- or 8-per-cent rate of return for her RRSP portfolio in 2018, which she notes is also right on the mark with her long-term average. "The U.S. market certainly stood out last year, returning over 20 per cent. Although I don't believe we will get lucky twice in terms of that type of growth, if the momentum there continues, coupled with a better year on the TSX, I think 7 to 8 per cent is a reasonable expectation," she says.

Basic investment strategy: Ms. Hamilton maximizes her RRSP annually, usually with a lump-sum payment after filing her taxes and receiving her notice of assessment from the Canada Revenue Agency. "With a busy practice and three kids, I like to know that it's done," she says.

She describes her basic investment strategy as one of buying and rebalancing, rather than buying and holding. For example, "if I have a holding that outperforms and I'm up, say over 20 or 30 per cent, then I'm going to take some profit out of that holding – whether it be a specific fund, country or sector – and move those profits into the relative underperformer," Ms. Hamilton explains.

When purchasing a mutual fund for her RRSP, "I will typically place the majority of funds into the product that has a track record of at least five years. Being in the industry, I'm familiar with a number of the fund managers, and over time there are ones that I like, and ones that I shy away from," she says.

From a tax strategy vantage point, "any fixed income I hold will tend to be in the RRSP account as the treatment of interest is the worst from a tax perspective and as such should be relatively limited in non-registered accounts," she says.

At least once a year, Ms. Hamilton will examine how everything has performed in her RRSP and assess whether a rebalance is necessary.

She's had an RRSP since the age of 22, and notes that the biggest obstacle over the past 14 years was dealing with the financial crash in 2008-09 "and still having the wherewithal and the confidence to make those RRSP contributions and stick to my asset allocation plan when the overall sentiment of many other investors was terribly negative. "A time like that challenges professionals, too."

RRSP portfolio breakdown: 70 per cent in fixed income and 30 per cent in equities. The bulk of Mr. Kam's RRSP portfolio is in relatively conservative fixed-income investments mainly for two reasons. First is the nature of his job, which is "more or less directly related to the well-being of equity markets. I do not want to take a double hit when the market tanks, so it is a form of diversification as well as a hedge for me." Secondly, interest income attracts the highest tax rate, so he shelters it inside the RRSP. The remaining 30 per cent of the RRSP, in equities, consists primarily of high-dividend-paying U.S. stocks.

In addition to his RRSP, Mr. Kam has a TFSA and non-registered accounts. His overall portfolio is more aggressive than the RRSP alone.

Target rate of return: Mr. Kam is looking for a return in his RRSP portfolio of about 4 per cent in 2018, which is consistent with his long-term expectation given the relatively conservative asset allocation in his RRSP. He expects to earn a higher return for his retirement savings as a whole.

Basic investment strategy: Mr. Kam tries to maximize his contributions to his RRSP and TFSA annually. He classifies his basic investment strategy as being "more a buy-and-hold, conservative investor with a bit of a contrarian view. If something is too crowded I tend to stay away. And if I hear someone say 'this is a no brainer,' I'll be very cautious. And so usually my portfolio will do well when the market is volatile," he explains.

When selecting equities, Mr. Kam looks for long-term performance. "I look for a stock that pays me dividends most of the time and can increase those dividends over the years. Growth potential is another factor," he explains. If the equities in his RRSP portfolio decline by 10 per cent, "I will take a step back and look at the fundamentals of the company and determine if that is a buying opportunity or time to get out," he says. The same applies with gains the equity prices – a sudden surge in price of 5 per cent, or gradual increase of 10 per cent – prompts a review by Mr. Kam.

Mr. Kam, who has had an RRSP since he was about 23, reviews his retirement strategy monthly. Over 28 years, he has learned a few lessons. "I lost money on some gold mining companies and could not write off the losses since they were in my RRSP. It was a big lesson why I shouldn't be investing retirement funds on something so speculative." 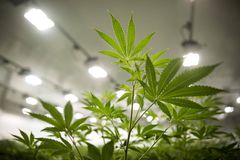 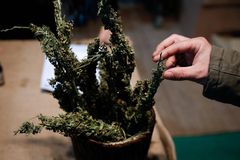 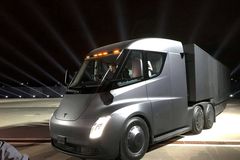