HSBC Bank Canada has decided to stop selling mortgages through outside brokers, a signal that it's willing to shrink its market share to pad its profits.

The bank is following in the footsteps of Bank of Montreal, which made the same move in 2007 and has been dealing with the fallout ever since.

Lenders face a tradeoff when they sell products through third-party intermediaries. Mortgage brokers, which are responsible for an estimated 25 to 30 per cent of Canadian mortgage sales, form an extra distribution channel that allows banks to reach more customers. Fifteen years ago the proportion of the market that came from mortgage brokers was in the single digits, according to Jim Murphy, CEO of the Canadian Association of Accredited Mortgage Professionals.

But in Canada's mature banking market, where a bank must steal customers from its rivals to achieve significant market share gains, lenders are placing a huge emphasis on attracting a greater "share of wallet" from each customer. That's more difficult to do when a sale is made through a broker.

If the customer doesn't come into a branch or deal with a bank representative, then the bank's ability to pitch other products - from chequing accounts to credit cards to mutual funds - declines. Customers acquired through a mortgage broker often deal with the bank by way of letters or phone calls.

Another major factor is pricing. As Frank Techar, head of BMO's Canadian lending business, has put it: "Our customers were confused about the fact that we were offering BMO-branded mortgages in the marketplace at different prices" - those in the branch and those promoted by brokers. Bankers also say that retaining a mortgage customer is as important as getting them in the first place.

Whether to use brokers is a tough decision for banks, Canaccord Genuity analyst Mario Mendonca said. "BMO has lost significant market share since they stopped using brokers, but their profit margins have improved. It's hard to tell on a net basis whether it's the right thing to do."

"We plan to concentrate on growing our business through our network of over 140 bank branches in Canada," she said in an e-mailed statement. "Customers may also apply for a mortgage online or work with one of our telephone-based relationship managers."

Along with BMO, Royal Bank of Canada, the country's largest residential mortgage lender, does not offer mortgages through brokers (the remaining large banks do). RBC's Canadian mortgage portfolio is about $148.5-billion.

Marcia Moffat, vice-president of home equity financing at RBC, said it's a myth that banks offer lower prices through brokers. "The mortgage market is extremely competitive, so the reality is that there is little to no difference between bank rates and broker rates," she said. "At RBC, we look at pricing every day to make sure our rates line up with what's available in the market, including rates offered by brokers."

Three years after it decided to stop using the broker channel, Bank of Montreal is still struggling to revive its market share. Its share of the mortgage market fell to 9.2 per cent in the last quarter, from 9.9 per cent a year earlier.

BMO has been bulking up its own team of mobile mortgage specialists, which allows them to reach out to customers in their home or office. BMO has also been undercutting much of the competition on mortgage prices. The bank lagged its peers in raising mortgage rates last month, and heavily promoted a special discounted rate. 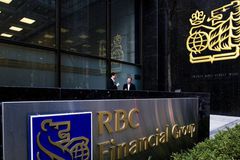