Base metals miner HudBay Minerals is looking at expanding its asset base in Peru as it seeks to create a new hub that will replicate the successes enjoyed at its mines in Manitoba, the company's top executive says.

HudBay, which traces its roots back more than 80 years to the Flin Flon mine in northern Manitoba, has used much of the infrastructure developed at Flin Flon for decades, moving gradually from one deposit to the next.

"We are trying to do the same thing in Peru," HudBay chief executive officer David Garofalo said. "We are building a large 70,000-to-80,000-tonne-a-day concentrator there and we've tied up about 22,000 hectares of real estate along the trend and we're looking to tie up more.

"When you build a concentrator of that scale, you expect it will be operating for 50 or 60 years, not 15 or 20 years, much like the concentrators we built in Manitoba. Those were built with 10 or 12 year deposits underneath them at the time, but here they are operating many, many decades hence."

Toronto-based HudBay made its initial foray into Peru through its $520-million acquisition of miner Norsemont in 2011. That deal gave HudBay control of the Constancia copper-gold project in southern Peru, which is set to start production in 2015.

Despite the hurdles that Newmont Mining Corp. and other larger miners have faced in the Andean nation, Mr. Garofalo said he believes that Peru offers promising growth prospects.

Newmont's Conga project in Peru has faced strong opposition from farmers and local government officials, and work at the site has been stalled for months. HudBay has so far had no major issues with locals living near its Constancia project, and Mr. Garofalo said the company's consultation process is a model that other companies ought to replicate.

"What we would like to do is systematically add satellite deposits around the Constancia deposit," he said. "That is very much what we are pursuing and that's what we'd like to do.

"We've already identified a significant number of near-surface anomalies that we can start to drill in very short order and maintain that exploration growth that has been so vital to our business."

HudBay plans to roughly triple the size of its copper output over the next four years to 125,000 tonnes a year, largely on the back of production from Constancia, along with smaller gains from its Lalor and Reed projects in Manitoba, which are set to go into production shortly.

"We don't have any grand visions about how big we should be. Scale is not as important as growth from high-quality, long-life assets. Growth for growth's sake is not we are after."

HudBay is more likely to invest in drilling work around its existing asset base, while it farms out grassroots exploration work to smaller companies, said Mr. Garofalo, who has led HudBay over the past two years.

"We have taken some toehold investments in juniors – some of them are active in Peru and a reasonable distance from Constancia – so maybe down the road that could prove to be another leg of development for us in Peru," he said.

HudBay also owns the Back Forty zinc project in Michigan, and the Tom and Jason lead-zinc projects in Yukon, but it may consider monetizing those assets.

"We are completing preliminary economic assessments on these projects this year and then we can make a determination on how best to capture value," Mr. Garofalo said.

HudBay, which has a market capitalization of only about $1.8-billion, has roughly $2.2-billion in capital spending lined up for development work at Constancia, Lalor and Reed over the next four years. Mr. Garofalo says HudBay has the cash to fund its growth.

"We still have about $700-million to spend in Manitoba at Lalor and Reed. The way we look at it, Manitoba is very much a self-financing vehicle, in that the cash flow we generate from our existing businesses – the 777 and Chisel North mines – is essentially going to fund the construction of Lalor and Reed."

That leaves HudBay with about $1.5-billion of requirements at Constancia. Mr. Garofalo said the company plans to use some of the $900-million it has in cash on its balance sheet, along with a debt financing facility to fund its work in Peru.

"We're arranging a project debt facility for Constancia that is offtake-linked with some European smelters and their respective export credit agencies," said Mr. Garofalo, adding that he has no concerns about the debt facility as the agencies in question are based in European countries with strong credit ratings.

"We are very well advanced in the financing talks," he said. "We've been in talks with them for about nine months, and we've essentially constructed the terms of the financing and they are going through their final stages of due diligence." 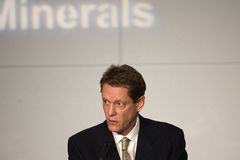 Xstrata's Brunswick mine to be closed after almost 50 years
March 28, 2012 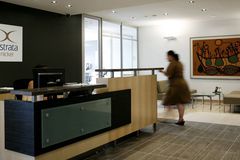 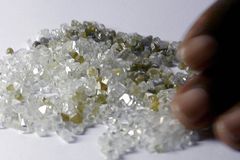 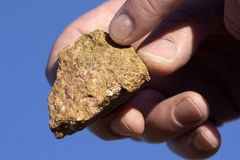 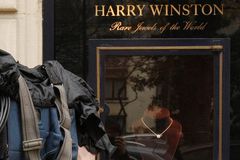