"I am eager for another opportunity," Mr. Harrison told The Globe and Mail in an exclusive interview Tuesday from his family home in Wellington, Fla., his first public comments since he emerged as a candidate to run the historic Canadian company.

Mr. Harrison, who is credited with transforming industry laggard Canadian National Railway Co. into North America's most admired and efficient railway, has been put forward as a potential chief executive officer for Canadian Pacific by New York fund manager Bill Ackman, CP's largest shareholder. Mr. Ackman has launched a battle to gain control of the board, saying the company can be run with lower costs – and that Mr. Harrison is the man to make that happen.

When approached last fall by Mr. Ackman about the possibility of leading CP, Mr. Harrison said he realized that "passion and enthusiasm" have been missing from his life since he retired in 2009 as CEO of Montreal-based CN.

Mr. Harrison, 67, said he has missed the bustle of the corporate world despite his new life as a company director and owner and trainer of show horses. He said he is in "great health" after heart bypass surgery in 1998, and his wife Jeannie and his doctor agree that he is more suited for work than retirement.

"I feel like I can still make a significant contribution. If the opportunity presents it itself, I am ready to go," he said.

If he gets the job at CP, it would rank as one of the corporate sector's more dramatic comebacks. Mr. Harrison is past retirement age and would be running CN's archrival. Any turnaround at CP would potentially come at the expense of Mr. Harrison's former employer, where he was CEO from 2003 to 2009, and chief operating officer before that under Paul Tellier.

Mr. Harrison said he is not troubled by the prospect of competing against a company that employed him for more than 11 years. He said a non-compete agreement that restricted him from joining a CN competitor expired last month and the two national Canadian railways do not "compete head to head" because only about a quarter of their tracks operate in similar locations.

"I left [CN]in good shape. I fulfilled my responsibilities. I think that two strong rail systems in Canada are good for everybody. I don't think a strong CP hurts CN," he said.

At CN, he regularly exhorted employees to work harder at sessions that became known as Hunter Camps; he compelled freight customers to follow fixed train schedules; and he kept a constant eye on the company's rail network through special television screens installed in his home. As CN sped ahead, CP was left behind and today ranks as the least efficient of the Big Six railways.

But whether Mr. Harrison's makes it to the executive suite at CP depends on the outcome of a battle between Mr. Ackman and the railway's board of directors, each of whom must persuade investors of their vision for the company. The activist investor is currently soliciting candidates for an alternative slate of directors that would likely be put to a shareholder vote at the company's expected annual meeting in May.

Days after he acquired what is now a 14.2 per cent stake in CP in October, Mr. Ackman flew from his home in New York to meet with the company's directors in Montreal to propose replacing incumbent CEO Fred Green with Mr. Harrison.

On Monday, CP's chairman John Cleghorn issued a public letter supporting Mr. Green and rejecting the appointment of Mr. Harrison as "detrimental" to the company's efforts to modernize its fleet and rail networks.

A number of industry analysts have praised Mr. Harrison as a "compelling" candidate for CEO. "His experience running CN ... is ideal to apply to improving CP, in our view," JPMorgan analyst Thomas Wadewitz wrote in a report this week. "[It]may prove difficult for CP's board to sustain a fight against the appointment of Mr. Harrison as CEO."

If he takes the driver's seat at CP, Mr. Harrison said he would adopt many of the same strategies that worked for CN and before that Illinois Central Railroad. He said his priority would be to "change the culture" at a railway that blames its poor performance on geography, weather and terrain.

In recent months, CP has blamed unusually difficult winter and spring flooding conditions for operating problems and poor financial results. It also attributes poor operating efficiencies to the steep mountain grades its trains must travel through.

"I don't buy into those excuses," Mr. Harrison said, because "you are always going to have weather in Canada.

"You are not going to change the mountains, the rivers or the geography of things. You have what you have and you got to deal with them the best you can and develop a plan and move forward."

CP sets up for proxy battle with brush off of Ackman
January 9, 2012 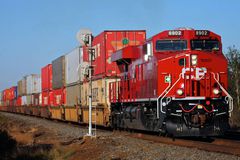 Talks between Ackman and CP take a nasty turn
January 3, 2012 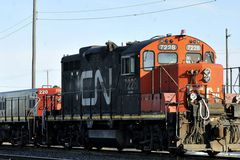 Ackman fires back at CP: the full letter
January 3, 2012
For CP investors, a blunt leader may be the solution
December 30, 2011 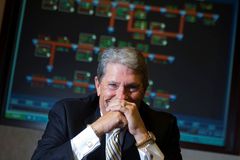 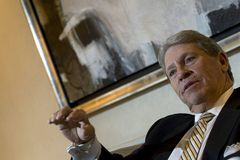 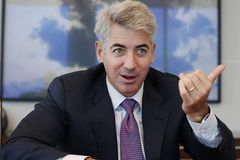 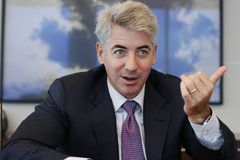