Hunter Harrison is so convinced that he will be driving a turnaround at Canadian Pacific Railway Ltd. that he invested $5-million last week in the freight carrier's shares.

"Look, you think I believe in this project? I made a bet on Friday. I bet $5-million of my own money. I think it's going to rise some more," he said.

The project that Mr. Harrison is talking about is a proxy contest for new leadership at a historic railway that is shaping into an epic power struggle between the Canadian business establishment and an upstart activist. Ever since Bill Ackman's New York hedge fund, Pershing Square Capital, announced last fall that it acquired what is now a 14.2-per-cent stake in CP, he has been pushing the railway's board to name Mr. Harrison as its chief executive officer.

Mr. Ackman is taking his campaign public Monday with a meeting at Toronto's Hilton Hotel before an expected audience of 300 shareholders. He has called the meeting to introduce Mr. Harrison and his proposed slate of five alternative directors three months ahead of a proxy vote set for May.

It is rare to see shareholders challenge major Canadian companies so publicly, but Mr. Ackman has a history of using public pressure to agitate for change at underperforming U.S. companies. In interview with The Globe and Mail on Sunday, Mr. Harrison left little doubt he is spoiling for a fight.

"If they want to go into the alley with me, I'm ready," said Mr. Harrison.

At the age of 67 and two years after he retired as the widely admired chief of Canadian National Railway, Mr. Harrison is as revved up as a new locomotive about the prospect of transforming CP from an industry laggard into a leader. Speaking in a rich and lilting Southern accent, the Memphis-born railroader described himself as a hard-charging "agent of change" who is needed to restore pride and efficiency at an underperforming railway.

"I have a good track record of executing and providing results, they don't," he said.

After weeks of keeping his "lips zipped" following disparaging remarks from CP's board of directors and even his former employer CN, he wants to punch back.

He cast Mr. Ackman as modern shareholder who is shaking up sleepy boards of directors that are populated by "good old boy networks" and "rubber stampers." He criticized CP's directors for their small investments in company stock; he challenged chairman John Cleghorn's railway knowledge and he took CN to task for "trying to be ugly" to him by cutting off his pension benefits.

Mr. Harrison said although he knew that there was "potential" that some of his retirement benefits might be endangered by a move to CP, but he did not anticipate CN's move last month to freeze all of his pension payments.

Revealing for the first time the details of his departure from CN, he said his relations with the railway were frayed in 2009 after its board of directors "disappointed" him by backing away from a proposal to extend his term as CEO.

"I wish they would have made the decision before they spent a lot of time with me, trying to talk me into staying," he said. "If you're a hockey coach and you win the Stanley Cup and the team decides to release you, don't be surprised if two years later he's sitting on the other side of ice. You say, well, he's not loyal. I don't buy that."

He also had curt words for CP's board of directors. He said the company's board and its chairman Mr. Cleghorn have relied on "excuse mechanisms" such as the railway's steep mountain grades and the country's tough weather to explain away poor performance in recent years.

"I'm surprised Cleghorn knows what grades are," he said.

Mr. Harrison by contrast is a railroad lifer who began his career in Memphis oiling railcar wheels. He rose quickly through the ranks at a number of U.S. railways as a driven and passionate manager who was able to streamline aging railway operations and improve train schedules.

"Fred Green is a nice man. He is a nice man. I have respect for him. But he got in a place where he doesn't want to be, in my view," Mr. Harrison said. "I'm not out to make Fred Green look bad. I'm just looking at CP and my assessment. For whatever reasons, they clearly haven't executed."

Seats on the board

Pershing Square Capital Management LP will raise the curtain Monday on its slate of five alternative directors nominated for the board at Canadian Pacific Railway Ltd.

BILL ACKMAN: The chief executive officer at New York-based Pershing Square has placed big bets on underperforming companies, with CP being his latest target. The Harvard MBA's profile got a boost after his cameo in the Oscar-winning documentary Inside Job.

GARY COLTER: a corporate restructuring specialist from Canada, he is president of CRS Inc., a management consulting firm he founded a decade ago. He is a former director at Saskatchewan Wheat Pool, now Viterra Inc.

REBECCA MACDONALD: The executive chairwoman of Toronto-based Just Energy Group Inc. is active outside the business world, too. She serves on the board of governors at the Royal Ontario Museum and is vice-chairwoman of the board at Mount Sinai Hospital in Toronto.

ANTHONY MELMAN: A former Onex Corp. managing director, he is now CEO at Nevele Inc., offering strategic advice to businesses. Born in South Africa, he is a Canadian citizen. He also serves on Mount Sinai Hospital's board. 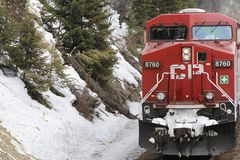 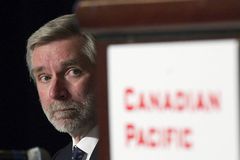