Jim Balsillie, after 20 tumultuous years at the highest echelons of the global wireless industry, has completely severed ties with the company he helped build from a startup into a global technology giant.

The former long time co-CEO of Research In Motion Ltd. has sold all of his shares in the BlackBerry maker after stepping down last year. He is now advising a number of venture capital firms and startups, including OMERS Ventures and m-Health Solutions, a mobile health company.

Those companies will have access to a wireless industry veteran with roughly three decades of high-level management experience. Revered for his business acumen and tenacity, he helped transform RIM from a small Waterloo, Ont.-based startup with 14 employees into an international powerhouse with a work force of about 18,000, altering forever the communications landscape by enabling wireless e-mail with its signature BlackBerry device.

"I'm just candidly loving life, it was very demanding travelling pretty non-stop," Mr. Balsillie said in a recent interview posted on the website of Communitech, a hub for entrepreneurs in Waterloo.

"I've had my share of cold sweats ... You only read a small proportion of the near misses, legally, commercially. But it's been remarkable – changed the world. That's pretty neat."

Mr. Balsillie has been a dominating presence within RIM since he arrived in 1992, mortgaging his house to give the company a much-needed boost of capital.

Along with Mike Lazaridis, with whom he divided duties, Mr. Balsillie became the BlackBerry's best salesman, winning customers in the financial services industry and with security-conscious governments around the world. Under his reign, the company grew at a breakneck speed – smashing internal targets regularly and overturning the wireless world's established hierarchy.

But he was feared as well as respected, according to several former RIM executives. Those who tried to challenge his strongly held views on the rapidly changing smartphone industry were swiftly, and sometimes mercilessly, put in their place. He was, in many ways, the driven, self-assured salesman at the centre of what many considered an institutional arrogance at RIM – the Canadian company that came from nowhere, usurped much larger rivals and provided a must-have product to the world's biggest and most successful wireless operators.

Former executives and people close to RIM's board say this attitude, combined with an increasingly dysfunctional co-CEO structure that was split between Mr. Balsillie and Mr. Lazaridis, contributed to a broken decision-making process that slowed RIM's response to Apple Inc.'s unstoppable iPhone and grew tense and unworkable as RIM's competitive situation deteriorated. As RIM's market share dissipated, sources say the relationship between Messrs. Lazaridis and Balsillie worsened further – and the two men who once shared an office and used to listen to each other's voice-mail messages were barely on speaking terms. (Mr. Balsillie didn't respond to numerous requests for comment.)

"Part of the challenge was RIM started to develop arrogance, and that arrogance came from success – and I'm going to say that impacted Jim a lot more than Mike," says a person close to RIM's board both before and after the company's IPO. "In time, he stopped listening. Because you're a billionaire, and you know more than everybody else, so you like to hear yourself speak but not like to listen or take any feedback. And the way to deal with any competitive pressure or suggestion, is just to say 'You don't know what the hell you're talking about. We're BlackBerry. We're RIM. Do you not know who we are?' ... That arrogance, I think, really, really hurt the company. And it hurt the company in the very end."

Gradually, rivals such as Apple Inc. pushed into to a sector where big wireless carriers such as AT&T Inc. were tired of RIM's ability to extract steep fees for BlackBerry service. And these new BlackBerry rivals – Google Inc.'s Android software chief among them – just happened to be consumer-facing products that challenged the notion of smartphones as a tool of business. "There was a lot of leverage," says one former RIM executive. "At the time when BlackBerry could do no wrong, you could in essence hold people out to ransom, but what happened is that ransom became really expensive. When Apple came out [with the iPhone], it was a chance for AT&T to put their weight behind something [else]."

Mr. Balsillie, as well as being known for his philanthropy and for chasing after an NHL franchise, was also known in the industry for dismissing the iPhone, a device that changed the smartphone industry RIM had helped kick-start with the BlackBerry. RIM's current CEO, Thorsten Heins, said in a previous interview that the company missed key "paradigms," one of which was the popularity of touchscreen phones, which he is trying to compensate for with the launch this month of the full-touchscreen BlackBerry Z10.

Mr. Balsillie, once RIM's third-largest shareholders with a 5.1-per cent-stake of nearly 27 million shares at the end of 2011, has now reduced his stake to zero. He also received $7.9-million in entitlements when he left RIM's management and board last year, according to company documents.

Born in 1961, Mr. Balsillie grew up in Peterborough, Ont., and graduated from the University of Toronto before earning an MBA from Harvard University. He joined RIM in 1992, after making overtures to buy the company. Instead, Mr. Balsillie chose to invest $125,000 in the company, which Mr. Lazaridis had co-founded in 1984. "He started in a situation where he was obviously very important to RIM's future, he brought in much needed capital," the former RIM executive says. "He was relentless in talking to Bay Street and Wall Street. He did a lot of the early prospecting and early sales stuff."

In addition to being an honorary captain in Canada's navy, Mr. Balsillie remains chair of the board at the Centre for International Governance Innovation, the think tank he founded in Waterloo.

With files from reporters Tara Perkins and Jacquie McNish 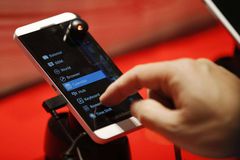 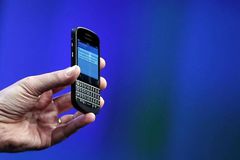 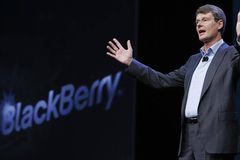 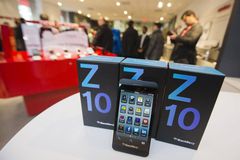