Leo de Bever is one of the godfathers of infrastructure financing, but these days you couldn't get him to touch the stuff.

Infrastructure investments are a hot commodity thanks to the predictable long-term cash flows that they generate. Pension plans, insurers and banks are expanding their burgeoning infrastructure teams and chasing deals such as the Canada Pension Plan Investment Board's $3.2-billion preliminary offer for Sydney-based toll road operator Intoll Group, whose largest asset is its stake in Highway 407 north of Toronto.

Mr. de Bever, the chief executive of Alberta Investment Management Corp. (AIMCo), knows the space as well as anybody. During the ten years he spent as a senior vice-president of the Ontario Teachers' Pension Plan, he developed a reputation as the king of alternative asset classes. He came to run what he affectionately referred to as his $13-billion orphanage: a pile of assets that Teachers' scooped up - including infrastructure and timberland - that other investors balked at because they didn't fit neatly into any traditional asset classes. Manulife Life Financial Corp. lured him away from Teachers', but after two years with the insurer he moved to Australia to become chief investment officer of Victorian Funds Management Corp., one of the country's top public sector pension funds.

These days price isn't his only concern. "The problem with infrastructure is, particularly in tight fiscal periods, you run into regulatory risk and you have to be absolutely sure - just like we saw with the 407 - that the government sticks to the original deal and doesn't try to change it after the fact," he said during a recent interview in Calgary.

Mr. de Bever's caution speaks to the dilemmas confronting policy makers and investors around the globe, as cash-strapped governments look for ways to get their fiscal houses in order. Governments are seeking to do deals with the private sector as a means of raising funds, but have trouble justifying the moves unless the terms are extremely favourable to them.

When the financial crisis was still in full force, California Governor Arnold Schwarzenegger invited a number of American pension plans and a few Canadian pension plans to a meeting to discuss financing for the state's numerous infrastructure requirements.

"We sat together with his advisers for a day or two, and went through that, and at the end of it the advisers were basically saying, 'You guys have a lot of money, you could put it to good use, you don't have to charge us as much as somebody else,'" said Mr. de Bever. "And I said, 'Wait a minute, that last part I don't get. We have to make money on these investments.'"

"I did a fair bit of the early infrastructure stuff among Canadian pension funds," he said. "And in the beginning you could get an honest 14 per cent return on equity because the market was very inefficient." To do the same thing these days, with a number of players competing for deals, would take a whole pile of leverage, he suggested.

The reason he got a very good real return bond deal on the 407 project when he was at Teachers' is that initially, no bank wanted to finance the 407 because they were not convinced that Ontarians would pay tolls, he said. "I was the first one to finance the debt behind that equity, and we got a five and a quarter real return bond, which now seems obscene."

That's not to say that he's written infrastructure off entirely.

"In most places, water and sewage are going to take an enormous amount of capital because everything is starting to leak," he said. "Given that the fiscal positions of a lot of these governments is pretty weak, private capital has to come in at some point, and that's when I think infrastructure will become attractive again."

That could be as soon as two or three years from now. In the meantime, he's sitting tight. 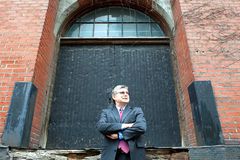 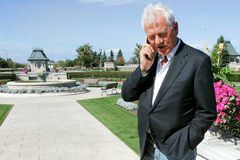 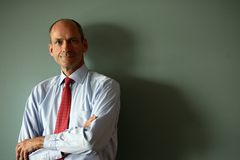