The historical precedents that fit best with today's stock market could hardly be scarier, by Robert Shiller's reckoning.

The Yale economist's valuation analysis suggests that only twice before have U.S. equities been as expensive as today: In 1929 and 2000.

But the numbers don't tell the whole story. High valuations alone didn't bring about two of the worst bear markets on record. At least as important are the popular narratives that tend to characterize investors' attitudes toward the market, Mr. Shiller said.

For years, he's been studying investor psychology, which is primarily guided by what investors think other investors are likely to do. They tend to panic when they believe the masses are inclined to panic, he said.

And the current market narrative doesn't suggest an impending replay of some of history's deepest market crashes, he said. "I don't see us as quite that ripe for that kind of thing now."

Mr. Shiller was recently in Toronto to promote a new ETF based on his research. The BMO Shiller Select US Index ETF invests in stocks combining momentum and value, as measured by the Cyclically Adjusted Price Earnings (CAPE) methodology, also known as the Shiller P/E ratio.

Mr. Shiller spoke with The Globe and Mail about his new namesake fund and a market that is at once uncomfortably expensive and unusually calm.

What is the rationale behind the ETF?

We look at single stocks, requiring they be around for 20 years or more – "old standbys." Just being around that long increases the probability you'll be overlooked and forgotten. One good example in our index is Campbell's Soup. What could be less glamorous? Microsoft is also an old standby.

Is it a good time for that approach?

Just how expensive are U.S. stocks in a historical context?

There have only been two episodes since 1881 of CAPE being higher – 1929 and the years around 2000. We're way above 2007 right now. But I'm less scientific in looking at them; I try to look at what people were saying. My book Irrational Exuberance in 2000 was partially dictated by my feeling about what I felt the narrative was. The dot-com bubble was tied in with new-millennium stories and the story of the internet. These were in many ways real stories, but they went viral, too viral, leading to the dot-com bubble.

There was a sense that something crazy was going on. There was a culmination of focus on margin credit. You could borrow as much as 90 per cent of the value of a stock. So everyone was aware that if the market were to start correcting, it only has to go down 10 per cent before someone who borrowed 90 per cent gets a margin call and has to sell.

Do those comparisons make you nervous about the fate of today's equity market?

I'm nervous because it could fall a lot. Just to get back to historical averages, we're talking about a big correction, a big bear market. But I don't see us as quite that ripe for that kind of thing now. We're living in a Trump world that I don't quite understand. There is a strong pro-business narrative.

Are potential tax cuts and the like what fuelled stocks since November?

I don't know that it's so focused. I don't think faith in the bull market is primarily because of Trump's promise of corporate tax cuts. It is rather about a whole movement that Trump started, in which, in their minds, there will be no more babying of irresponsible people. Trump, the story goes, will let the really hard-working and effective people get their due reward. Trump is really different from any other U.S. president in his apparent devotion to this principle. But in one sense, it's similar to 1929 – the last year Calvin Coolidge was president. He was very clearly pro-business. Not at all like Trump in personality and not as careless with his words, but definitely pro-business. And that must have helped the market then.

How are investor attitudes different today?

It's a different flavour now. I think we're more afraid of the future than we were. Fear of losing your job to a computer is much higher now. Interest in universal basic income has shot up in the last couple of years. That's a thought pattern going on now, and I think it helps support markets. A lot of people are willing to pay high prices for stocks or homes because they fear for their future, and want to own something that has a chance of supporting one's life without reliance on labour-market success.

Could that be part of what's driving Canadian housing prices?

The best I can [come up with] is that it's a kind of feedback effect. All the attention means people are worried about getting priced out of the market and getting even more eager to buy. I am reminded of the Great Population Scare of the 1970s – that there were too many people on the planet, which resulted in a bubble in farmland prices. Why did that bubble burst? The shortage of food never materialized, people weren't starving and investors just began to forget that story.

We're now 10 years removed from the market top before the crash. Are the lessons from the global financial crisis still fresh?

It's definitely remembered. But the memory of past crises tends to be inaccurate. People think of the crisis as beginning in 2008, and they think of Lehman Brothers as having caused it. Lehman was a late symptom of the disorder. But it paints the picture when something pushes stock prices down a lot in one day. News media start resurrecting stories from the past. It can accumulate to a sudden decision that "this is it."

We don't seem to have many days like that any more.

The extreme low volatility in the U.S. is, to me, a sign of complacency. They're not in the mode of thinking they need to watch the market every day. People have lost interest. Once you start paying attention, then you start thinking of doing things. 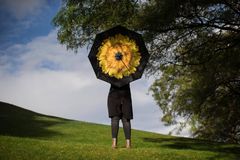 First spending boost in years set to pad tech stock earnings
October 13, 2017
Ethical investors are going to have a lot more choice when it comes to ETFs
October 13, 2017
Follow Tim Shufelt on Twitter @tshufelt
Report an error Editorial code of conduct
Due to technical reasons, we have temporarily removed commenting from our articles. We hope to have this fixed soon. Thank you for your patience. If you are looking to give feedback on our new site, please send it along to feedback@globeandmail.com. If you want to write a letter to the editor, please forward to letters@globeandmail.com.
Comments