Domestic gross domestic product growth data was released this morning at 8:30 a.m. ET, and it fell well below consensus estimates.

Forecasts pointed to 2.0 per cent quarterly growth (annualized) and the actual number was 1.7 per cent. Bloomberg writes,

"What may be worse is that fourth-quarter GDP figures were exaggerated by temporary factors in housing. Spending on residential structures surged in the last three months of 2017 to an annualized 13.4 percent, the strongest quarterly increase since 2012. The gain was led by stronger-than-expected new home construction, and as buyers rushed to get ahead of tighter mortgage qualification rules that came into effect Jan. 1."

I won't bother readers with my feelings about the recent White House announcement of tariffs, vehement though they may be, but will point out that I have yet to see a credible economist on any part of the left/right political spectrum who thinks it's a good idea.

The U.S. rhetoric is pointed at China but it's Canada that will suffer most from the cross border tax. Hope remains that domestic aluminum and steel companies will get an exemption but trying to predict what this administration will do is a waste of time,

"National Security Is a Good Reason for Protection. But Not of Steel and Aluminum" – Business Week

The news flow has been very bad for the domestic economy. In addition to today's GDP and trade news, new statistics show that foreign investors are not interested in investing in Canada,

"'Uncertainty isn't good for investment and uncertainty is high,' Royal Bank of Canada senior economist Nathan Janzen said by telephone from Toronto. 'The concern with business investment is always more what it means for growth this year, the year after that, in terms of potentially slower productivity.'

"Energy companies are chopping their budgets even as global oil prices climb back from a crash, and may lose about C$16 billion ($12.4 billion) of revenue this year because of discounts on Alberta's heavy crude -- a problem blamed on a lack of pipeline space. Foreign direct investment in Canada, meanwhile, has fallen to the lowest since 2010."

The Financial Times provided a glimmer of hope for investors in the energy sector,

"Many commentators have failed to factor in strong "demand stickiness" for fossil fuels in the near term when considering the trajectory for oil consumption … In the passenger vehicle sector all the hype is around electric vehicles (EVs), but despite 55 per cent sales growth last year, the actual number amounts to less than 2 per cent of new car sales, and less than 0.2 per cent of the total fleet.

"Today's 3m EVs displace less than about 60,000 barrels a day of oil consumption, or less than 0.06 per cent of total global demand." 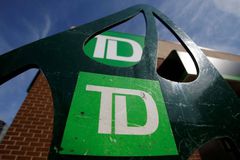 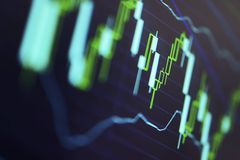 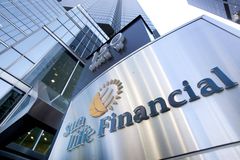