Gordon Pape
Special to The Globe and Mail
Published August 10, 2015 Updated May 15, 2018
For Subscribers

Everyone knew there was going to be an election in October. The date is fixed by law.

Now the campaign is officially under way, and it's going to be the longest one since shortly after Confederation. Round one came last week with the first leaders' debate, and there's much more to come.

By the time it's over, we'll have been exposed to so many promises and policy attacks that we'll be pleading for mercy. At least, we can be thankful that we haven't fallen to the level of personal mud-slinging that characterizes U.S. politics.

Of course, free elections are the cornerstone of the democratic process. But they can also be a disruptive force when it comes to the economy, the loonie, and your money. And this one figures to be even more disruptive than usual.

Why? One simple reason: the NDP. For the first time in our history, the New Democratic Party has a realistic shot at forming the next government of Canada led by a new prime minister, The Right Honourable Thomas Mulcair. Several polls taken on the eve of the campaign indicated the NDP had a slight lead, with more room to grow than either the Conservatives or the Liberals.

If those results hold up – and there's no reason to think they won't – look for a lot of turbulence in the stock and currency markets in the weeks ahead.

Money hates uncertainty – that's one of the axioms of investing. And a national NDP government would present Canadians, and the world, with a massive dose of uncertainty. This is not to say it would be a bad government – Mr. Mulcair and his predecessor, the late Jack Layton, have done a masterful job of edging the party into the mainstream of Canadian politics, where voters seem most comfortable. And some provincial NDP governments have been quite successful in economic management (Bob Rae's disastrous term in Ontario being a notable exception).

But such a government would be the political equivalent of Terra Incognito in its early months. No one would know quite what to expect, given than we have never had an avowedly left-wing national government in Canada. The Liberals under Pierre Trudeau were probably the closest we ever came – the West has never forgiven them for the National Energy Policy.

If Canadians wouldn't know what to expect from an NDP government, imagine the consternation in Washington, which would likely see such a development as a socialist take-over of its closest neighbour. If a Republican should be elected president in 2016, relations between our two countries could turn very frosty indeed – especially if that president was Donald Trump.

As far as your money is concerned, I see two possible effects. They could be short-term or long-term, depending on how a new NDP government performed.

Downward pressure on the loonie. Our dollar already has the deck stacked against it, what with low oil prices, a weak economy, and rate cuts by the Bank of Canada at the same time as the U.S. Federal Reserve Board is preparing to tighten. Add to the mix the international uncertainty that would be created by an NDP victory and a drop to around 70 cents (U.S.) is not unimaginable.

A sell-off on the TSX. The question marks raised by an NDP government would likely prompt many investors, domestic and foreign, to reduce their positions in Canadian stocks. Mr. Mulcair's pledge to raise taxes on large corporations would reinforce this thinking. This might not occur until after the results were confirmed on election day but the greater probability is that the sell orders would start to flow in September if the polls continue to show the NDP in or near the lead.

I know that these comments may be construed by some as supporting Stephen Harper's mantra that only the Conservatives can be trusted to manage the economy and that voting NDP is a risk not worth taking. That is not my intent. It's up to every voter to carefully assess all the facts before making a decision.

But. however the next few weeks unfold, I believe that the realistic possibility of an NDP victory will sow the seeds of uncertainty and have the effects I have described on the markets. Supporters of the party will contend that it's a price worth paying. Investors will have to make up their own minds about that. 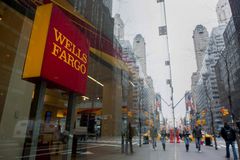 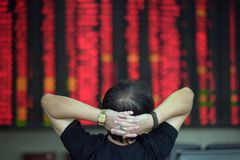