The problem with people waking up to risks in the financial system is that they can swing in a heartbeat from obliviousness to unfounded suspicion.

There are signs this is happening with customers of Home Trust, Home Bank and Oaken Financial, all part of alternative mortgage lender Home Capital Group Inc.'s corporate family. Some of these clients are wondering if it makes sense to pay a penalty to redeem GICs issued through the Home Capital family before maturity.

These people are aware of Canada Deposit Insurance Corp., which includes Home Bank and Home Trust as members (Oaken has CDIC coverage through both of these entities). Still, they're anxious about guaranteed investment certificates they bought mainly because of the rate. Perhaps they're worrying needlessly.

Related: Alternative lenders: A comprehensive guide to their GICs

Home Capital faces allegations from securities regulators that it did not properly disclose flaws in its mortgage underwriting process to investors. The company's share price has fallen, and customers of Home Bank, Home Trust and Oaken have pulled hundreds of millions of dollars out of high rate savings accounts used to fund mortgage lending. It's no exaggeration to say Home Capital is fighting for corporate survival.

The company's troubles offer a lesson to everyone who has put money in alternative online banks, trust companies and credit unions to take advantage of interest rates that exceed what the big banks offer: Better rates mean higher risk. Now for a follow-up lesson in understanding this risk.

If the worst happens, and you can bet regulators would work hard to prevent it, then people with deposits in a failed bank, trust or credit union would have to rely on deposit insurance. Let's look at CIDC first (more info here: tgam.ca/gics).

The coverage limit for member banks and trusts is $100,000 in combined principal and interest per eligible deposit. For a typical person, an account in a single name, a joint account and registered accounts would each be separately insured for $100,000.

One of the big worries about CDIC stepping in seems to be that money held in savings accounts and GICs will be tied up until an insolvent bank is wound down. In fact, CDIC pays depositors before it knows how much money can be salvaged from a dying bank. Also, because it shares some client data with its members, the agency is able to pay depositors automatically. You don't need to file a claim.

CDIC says it aims to reimburse people holding non-registered deposits within three business days through cheques that would be mailed out. Expect registered accounts to take a little longer.

People also worry that CDIC doesn't have enough money on hand to cover potential losses. Home Capital, for example has about $12.6-billion in GICs outstanding. The latest numbers show CDIC has $3.8-billion in liquid securities held at the Bank of Canada, and a $22-billion line of credit it can use to borrow from either the central bank or private lenders. In any case, it's almost inconceivable that the agency would have to cover every dollar in deposits at a failed bank or trust.

Decades back, CDIC had to fight it out with other creditors when a bank collapsed and typically recovered roughly 50 cents of every $1 paid to depositors. Since the late 1980s, the agency has had the latitude to get involved with weakening banks to preserve their assets. This has allowed CDIC to recover an average 83 cents on the dollar, and thus dip only minimally into their reserves.

Credit unions have their own provincial deposit insurance plans, often with higher or unlimited coverage. The Canadian Credit Union Association says that in all provinces except Saskatchewan and Manitoba, these deposit insurance plans are government organizations. Both the Saskatchewan and Manitoba plans are government regulated and have authority to access financing from their respective provincial governments.

Manitoba's unlimited deposit insurance is noteworthy because several provincial credit unions operate online banking divisions that offer premium rates on savings and GICs. Regardless of what province you live in, you're protected by this coverage.

CDIC has handled 43 bank failures since it was created in 1967, the most recent in 1996, and says none of the two million people affected lost a dollar of insured deposits. Your biggest risk if a CDIC-member bank or trust company fails and you've kept to the $100,000 coverage limits? Brief uncertainty about when your money will be repaid. 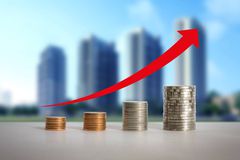