The list includes 18 TSX-listed companies with market caps of under $3-billion. They are split into four different investment "styles" – growth, growth at a reasonable price (GARP), value and catalyst.

The firm listed eight stocks in the growth category. They are:

Analyst Jonathan Lamers: "We believe Boyd has a long runway for its roll-up acquisition strategy, shown to create value over time, and can generate earnings growth in the mid-teens range from a combination of acquisitions, modest same-store sales growth, and gradual operating leverage. Boyd's earnings should benefit significantly from U.S. corporate tax rate reductions for 2018, and we believe this is reflected in the stock's valuation at the high end of its historic enterprise value-to-EBITDA range. We believe efforts will succeed to introduce dealership intake centers near existing U.S. stores, and this will bolster same-store sales."

Analyst Michael Mazar: "he company holds limited correlation to commodity prices given its stable revenue base, and is considered the safest name in our coverage universe, all while providing a greater-than 4-per-cent yield. We believe the recent release of its CoFlow software has the potential to act as a positive catalyst and greatly expand its revenue base in the coming years.

Note: CMG was also listed in the catalyst category.

Analyst Alex Terentiew: "We believe Ero Copper offers investors some of the highest exposure to copper, while also providing significant growth opportunities, something rarely found today among copper producers. We expect Ero's strong exploration potential to bear fruit, both in the short term and in the long term, and given the significant excess mill capacity, Ero's anticipated production growth comes with lower risk as more than sufficient infrastructure is already in place. Over the next few years, we see Ero emerging as a growth and cost leader in the copper industry, ideally positioned to capitalize on a tightening copper market in the long term."

Analyst Nik Priebe: "In the context of a competitive wealth management landscape and persistent fee compression, Fiera represents a standout, in our view, owing to a low fee rate, strong earnings momentum, and unique growth strategy. We expect solid investment performance in 2017 to have positive implications for net sales on a go-forward basis. The performance fee outlook also appears strong given returns generated by Charlemagne strategies through the first nine months of 2017. Overall, we like Fiera Capital for its longer-term defensive characteristics, as well as an attractive setup entering 2018."

Analyst Ryan Thompson: "With the positive Lindero construction decision announced in September, Fortuna is poised to deliver strong production growth over the coming years. The company trades at an attractive valuation, has a robust balance sheet, and should be able to fund construction of Lindero without the need to raise equity. We estimate gold-equivalent production growing from approximately 234,000 ounces in 2017 to nearly 400,000 ounces by 2020, highlighting FVI's best-in-class growth profile. Fortuna's 2018 revenue is expected to be derived from 58-per-cent silver, 23-per-cent gold, and 19-per-cent base metals, offering investors a diversified metals mix."

Analyst Troy MacLean: IIP has produced above-average organic growth over the last three years (12 straight quarters greater-than 4 per cent versus less-than 2 per cent for the sector), which should continue because of its repositioning strategy and very strong property fundamentals. Also, 26 per cent of its suites are not-stabilized, meaning there is material rent/occupancy/margin upside remaining over the next three to five years, which should help drive above-average FFO/AFFO per unit growth. InterRent also has the potential to add density in its portfolio (excess land, low-density sites), which could increase NAV/unit over time. IIP has a strong distribution growth track record, increasing it six times since 2010, including an 11.1-per-cent increase starting in Q4/17."

Analyst Stephen MacLeod: "We rate Tricon Outperform based on the following: 1) Tricon's successful asset management track record is expected to lead to ongoing AUM growth; 2) U.S. residential housing market fundamentals provide a positive outlook for all segments; 3) we expect further growth from Tricon American Homes (particularly post-Silver Bay); 4) co-investments provide permanent capital that can be redeployed to fund future growth; 5) simplification of Tricon's business model into housing verticals where it can build meaningful scale should lead to more stable cash flows; and 6) valuation is attractive, with the stock trading at a discount to our estimated sumof-the-parts valuation."

Analyst Heather Kirk: "NVU is well positioned to capitalize on strong Canadian apartment fundamentals, strengthening of Western markets and solid returns on its value creation initiatives. Firming operating performance provides a clear line of sight to growth in NOI, FFO, and NAV. With occupancy still low at 93.3 per cent and NVU only mid-way through its value creation plan, we see runway for ongoing operating momentum. NVU continues deliver on strategic initiatives, including internalization of property management, high return suite renovations, occupancy increases, and the disposition of non-core assets."

Analyst Tim Casey: "Stingray Digital is rated Outperform based on an attractive M&A and organic growth outlook. With a solid balance sheet, we think the company is well positioned to continue to execute on its international expansion (including the very promising SVOD opportunity) and M&A growth strategy, which should bode well for free cash flow and the dividend growth outlook. On a relative basis, we think Stingray offers a compelling mix of growth, earnings visibility and valuation."

Analyst David Gagliano: ": Within the context of a positive view towards the outlook for underlying steel prices, in our view Stelco represents an underappreciated self-help story, with meaningful company-specific profit enhancement opportunities that are largely independent of steel price movements."

Three equities were included in the value category:

Analyst David Round: "2017 was a relatively quiet year for Africa Oil, and the shares drifted as a result, but we expect momentum around the Lokichar basin project to build in 2018 as the partners close in on a development solution. AOI is a well-capitalised company trading at little more than cash so expect progress in Kenya to be quickly reflected in the company's share price."

Mr. MacLean: "We like PLZ because of its discounted valuation and its ability to take advantage of current retail headwinds, as it did when Zellers closed. PLZ is currently trading at a 2 times AFFO [adjusted funds from operations] multiple discount to its long-term average, which we think provides a good entry point. PLZ is positioned to produce above-average AFFO/unit growth (PLZ targets 5-10-per-cent annual FFO/AFFO growth versus the 3-4-per-cent long-term sector average) because of its development and redevelopment focus (typically at unlevered yields greater-than 8 per cent), which should produce a solid total return for unitholders when combined with its 6.3-per-cent yield and discounted valuation."

Analyst Michael Mazar: "Source is among the best -positioned companies to capitalize on increasing frac intensity, a trend we believe is likely to continue into 2018 and beyond. The company also has a dominant market share in Canada, which provides insulation from concerns over excess sand supply in the U.S. Source continues to expand its terminalling capacity and production capabilities which should drive strong earnings growth and help backfill the valuation."

The firm listed five stocks in the catalyst category, including Computer Modelling Group, which also appeared as a growth pick.

Analyst Tom MacKinnon: "ECN is an excellent small-cap catalyst-driven stock with lots of upside to NAV assuming deployment of significant equity firepower. With lower ROE [return on equity] on-balance sheet asset harvesting complete and two niche specialty finance acquisitions ($535-million total) completed in 2017 (Service Finance (SFC) and Triad Financial Services (TFS)), ECN has proven capable of accretively acquiring high-growth and capital-light niche specialty finance businesses, as it transitions to an off-balance sheet asset manager. Capital redeployment remains the focus in 2018 and with $700-million of equity firepower available, we look for an acquisition 'the same size or larger than Service Finance,' per management, most likely in H1/18, as well as more share buybacks. We estimate that deployment of half this amount ($350-million) would add 15 cents to 2019 EPS."

Analyst Andrew Mikitchook: "Osisko is a wellfinanced gold explorer advancing its flagship Northern Quebec Windfall property. We see significant leverage to potential exploration success from ongoing drilling on the property from extensions beyond the existing resource with about 3,000m of strike already confirmed, including the Lynx discovery in late 2016, which has expanded to six separate zones. A resource update expected in Q1/18 will include an initial resource for Lynx."

Analyst Andrew Kaip: "PVG delivered one of the smoothest ramp-ups to commercial production in 2017 of any junior developer over the last 15 years. Despite this strong execution, the company continues to trade at a significant discount to the peer average on grade concerns. We are of the view that these grade concerns will largely be addressed in January with the release of Q4 production, 2018 production guidance, and results of a grade reconciliation study. Post these results, PVG is looking to permit higher production rates and setting the stage for further production growth in 2019."

Analyst Ray Kwan: "With significant Duvernay catalysts this year along with a strong cash flow profile, and attractive valuation, we view Raging River as one of our top picks in 2018. We believe there is minimal Duvernay upside currently built into the share price, with upcoming delineation wells having the potential to unlock a substantial drilling inventory and light oil resource." 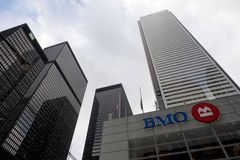 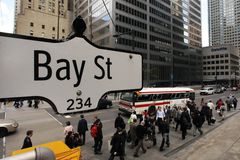 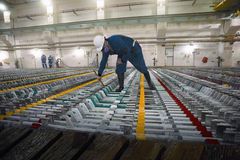