Despite punitive duties of more than 20 per cent imposed by the U.S. Commerce Department last April, West Fraser's profits have been rising, dividends have been growing and the share price has surged 56 per cent, smashing returns for the S&P/TSX Composite Index and the S&P 500.

But what can investors expect in the year ahead as the shares near record highs and the trade dispute between Canada and the United States continues to fester?

Vancouver-based West Fraser is a diversified forest products company, though lumber accounts for a dominant 72 per cent of its annual sales and is arguably the strongest bullish thesis for owning the stock. In 2017, lumber sales rose to about $3.7-billion, up nearly 17 per cent from 2016; operating profit surged 88 per cent.

The U.S. housing market can take much of the credit here. In terms of volume, 58 per cent of West Fraser's Western spruce, pine and fir lumber (or SPF) is sold in the United States, where it is key to the construction of single-family homes.

This is an attractive market. U.S. single-family housing starts have been rising at a steady clip for six consecutive years. According to the U.S. Census Bureau, builders broke ground on 849,000 single-family homes in 2017, up nearly 9 per cent from 2016 and in line with the average annual growth since 2012.

This week, CIBC World Markets raised its forecasts. Analysts expect Western SPF will sell for US$475 per mfbm, a 9-per-cent boost to its previous forecast, underpinned by continuing strength in home construction.

Lumber, in other words, is a hot commodity, with high prices and strong demand more than offsetting concerns about the impact of duties on Canada's market share in the United States, which averaged about 30 per cent in 2017.

Profit rose to $207-million or $2.66 per share, up from a profit of $1.01 per share in the fourth quarter of 2016. EBITDA (or earnings before interest, taxes, depreciation and amortization), was $321-million after taking into account $20-million in duty deposits, up 66 per cent from last year.

Are there risks? Sure. Any significant hiccup in the housing market will hurt demand for lumber, sending prices down. Even if lumber prices remain strong, there is a risk that U.S. producers will increase their production of lumber to meet demand and take advantage of duty-hobbled Canadian producers.

And, let's face it, it's hard for many investors to fall in love with a stock that has risen 56 per cent in just 11 months.

The gains signify a lot of enthusiasm for the stock, which could crimp future gains.

But the time for acting on these risks isn't here.

CIBC analysts Hamir Patel and Eric Sandher noted that fears of a coming "wall of wood" – rising production followed by a decline in lumber prices – are overblown, especially as the spring home buying season kicks in.

"We can recall hearing instances of similarly hyped impending supply waves in the past and, in almost all instances, the impact was much less severe than feared as the market has tended to absorb the flow of lumber," the analysts said in a note.

The analysts believe that concerns that high lumber prices could affect housing affordability are similarly overblown. They estimate that commodity wood products account for about 20 per cent of the cost of building a typical home, implying that rising lumber costs will have a relatively small impact.

West Fraser is a hot stock. But don't give up on it yet.

Canfor going ahead with $152-million sawmill in U.S. as softwood dispute continues
February 23, 2018 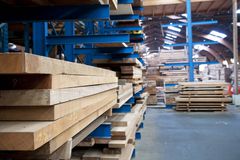 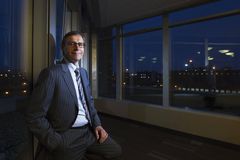 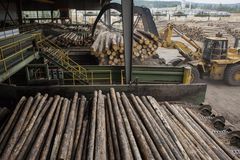