For better or for worse (almost certainly the latter in Canada's case), Donald Trump is now President of the United States.

His inauguration speech on Friday did nothing to calm the fears of those who view the new administration with trepidation. Instead of being conciliatory, he was combative and belligerent. His dystopian description of "carnage" in the country he inherits made it sound like the Panem of The Hunger Games rather than the richest nation on Earth.

Most disturbing to Canadian politicians and investors was his pledge to put America First in everything he does. His administration is going to focus on two goals: "Buy American and hire American". No talk of compromises or give and take there! Canadian exporters, you've been put on notice.

Globe editorial: In the Trump era, free trade is in trouble. What should Canada do?

For subscribers: Could Trumponomics lead to a U.S. recession?

Surprisingly, the TSX rose 138 points on the day. Virtually every sector showed gains except health care and utilities. Even industrials, which stand to hit hardest by American protectionism, were ahead 0.69 per cent on the day.

The two biggest gainers were materials (up 1.64 per cent on the day) and gold (ahead 1.27 per cent). That makes some sense. The new president is focused on bringing back U.S. industrial jobs and our materials sector doesn't get in his way. As for gold, which is by far the top-performing sector on the TSX this month (up 19.6 per cent) it's the traditional safe haven in turbulent times, and we're certainly headed into that territory.

Mr. Trump's populist speech signalled that he intends to turn all his campaign rhetoric into political action, from building a wall along the Mexican border to eliminating ISIS as quickly as possible. His administration is intent on upending many traditional U.S. policies, although no one is clear on what will replace them.

This man is an historic disrupter. Even before he took the oath of office he was hard at work undermining the international status quo. Here are three of his targets in the days leading up to the inauguration.

He talked down the U.S. dollar. Breaking with the tradition that the President does not comment on currency movements, Mr. Trump told The Wall Street Journal that the U.S. dollar is "too strong", saying that compromised the ability of American companies to compete with nations like China. A strong dollar also makes it more attractive for U.S. companies to ship jobs overseas. The greenback immediately lost 1.3 per cent against a basket of foreign currencies, although it snapped back later after Federal Reserve Board Chair Janet Yellen said in a speech that more interest rate hikes this year are in the works.

Of course, the weaker U.S. dollar that Trump wants would drive the loonie higher, jeopardizing Canada's efforts to rebuild our export markets. The Bank of Canada zeroed in on this in last week's policy statement, saying the Canadian dollar "has strengthened along with the U.S. dollar against other currencies, exacerbating ongoing competitiveness challenges and muting the outlook for exports."

He threatened a trade war with China. This is nothing new in one sense. It was always part of Trump's campaign rhetoric. However, both the President and his nominee for Secretary of State, Rex Tillerson, have raised the stakes by implying the new administration will try to tie a one-China policy to trade negotiations. Mr. Tillerson went a step further in his confirmation hearings, musing about blockading China's access to the artificial islands it has created in the South China Sea. That would be an act of war.

Meanwhile, in sharp contrast, Chinese President Xi Jinping was praising the virtues of globalization and international trade at the World Economic Form in Davos, Switzerland. With each passing day, it becomes clearer that the two countries are on a collision course that could sideswipe everyone else.

He encouraged the break-up of Europe and questioned NATO. Vladimir Putin must be rubbing his hands in glee today. The new American President has endorsed policies Putin has long pursued – the demise of the European Community and the dismantling of NATO. Of course, Mr. Trump didn't put it quite that bluntly. Regarding the EU, he simply commented that Britain is doing the right thing by pulling out and predicted that other countries would soon go the same route. As for NATO, he called it "obsolete", in contrast to the new Secretary of Defence, General James Mattis, who has described it as "the most successful military alliance probably in modern history, maybe ever."

In Moscow, Dmitry Peskov, Mr. Putin's press spokesman was quick to agree with Mr. Trump's assessment saying: "The systematic goal of this organization is confrontation." Well yes – that's the point.

All this and more explains why the Bank of Canada said last week: "Uncertainty about the global outlook is undiminished, particularly with respect to policies in the United States". The Bank warned that if Trump implements his protectionist policies – which the President made clear in his speech he plans to do – it would have "material consequences" for Canada's economy.

Our world is about to be turned upside down and I don't think it will end well. For investors, this should be a time for caution. We are venturing into unknown territory and the surprises that are coming will rattle the markets. If you haven't already done so, increase your cash reserves and add to your gold positions so that you can breathe a little more comfortably while we wait for the Trump era to unfold. 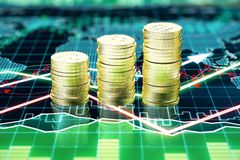 The truth about analyst research, diversification you don't need, and investing ideas for the Trump era
January 20, 2017
Follow us on Twitter @globeandmail Opens in a new window
Report an error Editorial code of conduct
Due to technical reasons, we have temporarily removed commenting from our articles. We hope to have this fixed soon. Thank you for your patience. If you are looking to give feedback on our new site, please send it along to feedback@globeandmail.com. If you want to write a letter to the editor, please forward to letters@globeandmail.com.
Comments