Corporate Canada is knocking it out of the park this earnings season, though you wouldn't know it by looking at the average stock chart.

Fourth-quarter reporting season has just passed its halfway point, with total profits posted by Canada's largest public companies on track for close to a 20-per-cent increase over last year.

Even though that's a big improvement from what was forecast just a couple of months ago, Canadian equities have failed to register much in the way of enthusiasm for the unexpected prosperity.

"There just isn't a lot of interest in Canadian stocks," said Ryan Bushell, president and portfolio manager of Toronto-based Newhaven Asset Management Inc. "But I see a lot of return potential in the Canadian market. It's kind of like a bunch of coiled springs."

Should the familiar pressures weighing on Canadian stocks – U.S. trade tensions, the oil pipeline crunch and housing risks – ease off, investors should realize the delayed rewards of a solid earnings season.

About 150 companies, or 60 per cent of the names in the S&P/TSX Composite Index, have now disclosed financial statements for the final quarter of 2017.

So far, more companies than usual are beating the Street's estimates, with about 60 per cent of reporting companies coming in ahead of expected earnings per share, according to Bloomberg data. The past two quarters were between 50 per cent and 55 per cent.

Canada's banking sector is the latest to contribute to the swell of earnings strength, with four of the country's Big Six banks topping estimates, so far.

National Bank of Canada and Toronto-Dominion Bank are on the docket for Wednesday and Thursday, respectively, trying to make it a clean sweep of beats by the big banks.

Collectively, the pace of Canadian profit growth so far suggests a 20-per-cent increase over the fourth quarter of 2016. As of the start of this year, analysts were expecting that number to be closer to 14 per cent.

Of course, there was a substantial market dip in that time, from which the global stock market is still struggling to sustain a rebound.

But even so, Canadian equities are badly trailing most other developed markets either when looking at most recent performance or going further back.

Over the past 12 months, the MSCI All-Country World Index is up by 19 per cent, dwarfing the paltry 1-per-cent uptick in the S&P/TSX Composite Index.

Meanwhile, the S&P 500, despite having recently gone through its first correction in two years, is still up by 16 per cent over the past year.

The U.S. market is seeing its own profit surge. With stateside earnings season nearly finished, S&P 500 companies have posted year-over-year growth in earnings per share of about 15 per cent.

Additionally, the U.S. profit outlook for this year and next has taken a big step up as corporate managers and Wall Street analysts have begun to factor in the benefit of tax changes.

"The Tax Cut and Jobs Act's cut in the corporate statutory tax rate at the end of 2017 will send earnings hurtling beyond the Earth's gravitational pull this year into outer space," Ed Yardeni, a U.S. economist and strategist, said in a recent note.

Canadian stocks, however, have seen no comparable upward revision to the broader earnings outlook for the year ahead.

In fact, expected growth over each of the next three quarters has been revised downward since the start of January, according to Thomson Reuters data.

Some considerable risks are hanging over the stock market and growth outlook, making Canada look like an inferior destination for investor money.

"Suddenly, Canada is dealing with a lot of cold realities," Bank of Montreal chief economist Doug Porter said in a note.

Mr. Porter cited the discount on Canadian crude oil, uncertainty surrounding the NAFTA renegotiations and "a policy-led cool-down in housing."

The fate of Canadian stocks very much depends on how those issues play out. But at least the rise of Canadian earnings of late has lowered the price on the average stock.

The forward price-to-earnings ratio on the S&P/TSX Composite Index sits at about 15 times, while the S&P 500's trading multiple is closer to 17.5 – a large valuation gap by historical standards. 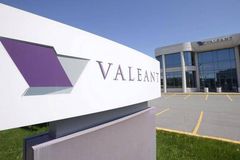 With the flash correction now just a memory, here's what investors should do now
Subscriber content
February 26, 2018 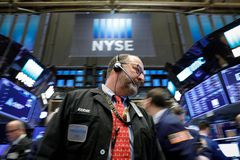 The three big risks for investors as the era of higher inflation dawns
Subscriber content
February 16, 2018 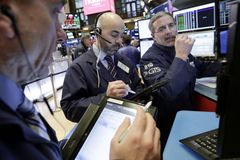