Canadian Imperial Bank of Commerce is the best Canadian bank stock to buy in 2017 though it has achieved this distinction by a whisker: it was the worst performing bank in 2016.

We've written a few articles pointing out that bank stocks have an uncanny ability to rebound the year after underperforming their peers. Buying last year's worst-performer at the end of the year and holding it for the next year has delivered an average return of more than 16 per cent a year, for data going back to 2000.

Despite a few misfires, this strategy has delivered better overall results than buying a basket of bank stocks, picking a bank stock with the lowest price-to-earnings ratio or zeroing in on the stock with the highest dividend yield.

This year worked out particularly well. Bank of Nova Scotia is winding down 2016 with a gain of more than 35 per cent, and emerging as the best performing bank stock.

It outperformed its Big Five peers (we don't include National Bank of Canada in this strategy) between 11 and 13 percentage points after the bank underperformed them all in 2015.

Scotiabank also underperformed its peers in 2014, which means that this strategy didn't work in 2015. These disappointments occur about a third of the time, but that doesn't detract from the compelling gains over the past 16 years.

Will the strategy work in 2017? It's worth noting that this year's selection is unusual.

For one thing, there is no deep underperforming stock. Apart from Scotiabank, the biggest banks have delivered remarkably similar returns in 2016. With just five trading days left in the year, 1 percentage point separates CIBC from Toronto-Dominion Bank, and less than 2 points separate it from Royal Bank of Canada and Bank of Montreal.

Given the clustered results, CIBC doesn't stand out as a particularly noteworthy underperformer, which may work against it next year: Closing the gap with its peers doesn't imply much of a comeback rally.

For another, all bank stocks have been on fire in 2016 – particularly in the second half of the year, as the threat from loans to struggling energy companies subsided and investors began to anticipate higher U.S. interest rates. As a group, Canadian bank stocks have risen nearly 26 per cent for the year and 40 per cent from their lows in February.

This remarkable group rally, based on economic conditions and commodity prices, suggests that individual moves might not matter as much in 2017.

But at least CIBC also has a couple of fundamental things going for it, as a standby.

Among the biggest five banks, it has the highest dividend yield, at 4.5 per cent. That compares favourably to, say, TD's 3.3-per-cent yield and Scotiabank's 3.9-per-cent yield.

While a high dividend yield can suggest less confidence in a company, keep in mind that CIBC has been raising its payout aggressively – boosting it eight times over the past nine quarters. Besides providing a nice source of regular income, its high yield acts as a safety net if stock markets tumble.

CIBC is also the cheapest bank stock. Its valuation, as measured by its relatively low price-to-earnings ratio, is just 11.3, based on trailing profit. That's quite a bit cheaper than the most expensive bank stock: TD's P/E ratio is 14.2.

The low valuation is another safety net, and it could drive a rally if investors decide that CIBC is worthy of a similar valuation as its peers.

Of course, CIBC has its challenges. Among the biggest five banks – again, excluding National Bank – it is the most domestically focused. That means it is more susceptible to the Canadian economy than its peers, which have far more substantial operations in the United States and elsewhere.

CIBC is trying to rectify this lack of geographic diversification with its $3.8-billion (U.S.) bid for Chicago-based PrivateBancorp Inc. But PrivateBankcorp has delayed a shareholder vote on the deal until the new year, likely because a rally in U.S. regional bank stocks has made CIBC's bid now look like a lowball offer.

If CIBC raises its bid, it risks overpaying; if it walks away from the deal, it may lose its best shot at U.S. diversification.

Don't let this worry you, though. When you buy the year's worst-performing bank stock, you tend to inherit the problems that weighed down the stock in the first place. Most years, those problems tend to melt away. 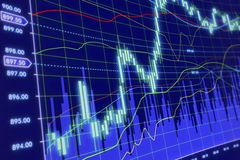