Investors in software provider Redknee Solutions Inc. are bracing for the outcome of a review to potentially sell the company, which has seen its shares plummet amid lacklustre growth.

Shares of Mississauga-based Redknee, whose business is largely providing billing software for the global telecommunications sector, have dropped by about 50 per cent over the past year.

Some of Redknee's customers are delaying purchase decisions and the use of new software as they seek to cut costs in a tough, competitive telecom market. Redknee's third-quarter licence revenue fell to three-year lows as a result of the spending slowdown.

The company is now the target of activist investor Crescendo Partners, which delivered a letter on Aug. 11 to Redknee's board of directors urging the company to put itself on the block.

"Crescendo believes that numerous potential buyers would be interested in acquiring Redknee because of its strong brand reputation, valuable customer relationships, large backlog, discount to intrinsic value and opportunity to return to historical profitability," the letter said.

It was released a day after ESW Capital, a Texas firm known for buying software companies, said it had purchased 11.55 per cent of Redknee's shares.

On Aug. 22, Redknee announced it set up a special committee to "review strategic alternatives," including "a possible sale of the company."

Redknee, Crescendo and ESW each declined to be interviewed for this story.

GMP Securities analyst Michael Urlocker says Redknee has a good software solution and its assets could fit well within a large telecom equipment maker, for example.

"What's less clear is whether telcos really value that today and … whether other telecom suppliers feel like adding that to their arsenal," said Mr. Urlocker, who has a "hold" rating and $2 target on the stock.

Among the seven analysts that cover Redknee, three have a "buy" rating and four a "hold." The analyst consensus price target over the next year is $2.51, according to Bloomberg.

RBC Dominion Securities analyst Paul Treiber has a "sector perform" (similar to hold) rating on the stock and a $1.75 target, citing "reduced confidence in the company's ability to sustainably create value through acquisitions," restructuring costs that will reduce free-cash flow and "near-term financial headwinds" from challenges in the telecom industry.

"Pending improved revenue and other financial metrics, we see the shares range-bound," Mr. Treiber said in a note after Redknee's third-quarter results were released in August.

Revenue in the quarter ended June 30 was $40.5-million, compared with $46.7-million a year earlier. Its net loss was $12.3-million, or 11 cents a share, compared with a loss of $5.5-million, or 5 cents per share, a year ago. The most recent quarter included $4.1-million in restructuring costs as Redknee seeks to reduce overall expenses by up to $25-million by fiscal 2017.

The company is expected to file its fourth-quarter and year-end results in December.

During Redknee's third-quarter earnings conference call, company founder and chief executive officer Lucas Skoczkowski described fiscal 2016 as "a challenging year for our industry and for our customers."

He said the company remains "confident in our ability to continue to win new contracts" and increase its order backlog to boost revenue.

Redknee's backlog was $180.7-million at the end of the third quarter, up 11 per cent from the same time last year.

Not everyone has a negative outlook for the stock. CIBC World Markets analyst Todd Coupland has a "sector outperformer" (similar to buy) on the stock and a $3.50 price target.

He said the company's growth is also "skewed toward more profitable software licences." 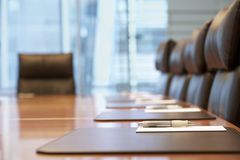 Redknee Solutions has been selling off since July 2015
November 30, 2015
Follow Brenda Bouw on Twitter @BrendaBouw
Report an error Editorial code of conduct
Due to technical reasons, we have temporarily removed commenting from our articles. We hope to have this fixed soon. Thank you for your patience. If you are looking to give feedback on our new site, please send it along to feedback@globeandmail.com. If you want to write a letter to the editor, please forward to letters@globeandmail.com.
Comments