On Wednesday, Desjardins Securities research team released its 2017 outlook report, highlighting the top 29 stocks to own in 2017.

Let's run through its expected winners on a sector-by-sector basis, starting with the largest segment in the S&P/TSX composite index, Financials.

The firm believes life insurance companies are the stocks to be invested in. The analyst is anticipating low double-digit returns for Manulife Financial (MFC-T), Sun Life Financial (SLF-T), and Industrial Alliance Insurance & Financial Services (IAG-T), with total expected returns of 12.9 per cent, 11.9 per cent, and 11 per cent, respectively. In comparison, only two of the banks are expected to deliver double-digit returns, Scotiabank (BNS-T) and CIBC (CM-T), with expected total returns of 10.4 per cent and 10 per cent, respectively.

Looking at Manulife, the analyst sees four key drivers for share price in 2017 – strong earnings growth, a potential dividend hike, rising bond yields, and compelling valuation. The analyst has a target price of $27.

Turning to Scotiabank, drivers for the share price include organic growth and cost-savings. In addition, the analyst notes the stock is trading at an attractive valuation relative to its peer group suggesting there is room for multiple expansion. The analyst has a target price of $81.

Lastly, within asset managers, Fiera Capital is an investment to consider owning. The analyst has a target price of $15.50, implying a potential total return of 26 per cent. Organic and acquisition growth, improving margins, and dividend increases are amongst the key reasons to consider own the stock.

On the consumer front, analyst Keith Howlett, notes an improving backdrop for consumer staples and consumer discretionary stocks. The firm is forecasting the Canadian economy to grow at a healthy pace of 1.9 per cent with Alberta and Saskatchewan economic conditions expected to return to growth of 1.9 per cent and 1.7 per cent, respectively.

Of the three stocks, Mr. Howlett, has the highest expectations for Alimentation Couche-Tard, forecasting a return north of 20 per cent with his target price set at $76. He believes the company will generate solid earnings growth in 2017 driven by a combination of acquisition growth and operational synergies, as well as organic growth. The massive acquisition of CST Brands Inc. announced in August is anticipated to be completed in April 2017. CST has over 2,000 North American locations.

Shares of Canadian Tire are expected to rally 18 per cent in 2017 with a target price of $164. Mr. Howlett's high conviction is based on management's solid operational execution, healthy cash flow generation, strong balance sheet, attractive same-store sales growth across several of its banners, as well as the stock's reasonable valuation.

Rounding out the consumer space is Dollarama, a stock that has been in a multi-year rally with its share price has climbing over 20 per cent year to date. Mr. Howlett has a target price of $116, reflecting another year of potential double-digits gains for shareholders. The company's attractive business model and store expansion strategy is expected to provide strong earnings momentum for the company. He notes that Dollarama's store base is anticipated to grow from 1,069 stores presently to 1,400 stores in five to six years. In addition, management continues to introduce higher price points and may roll-out a credit card payment option across Canada, which was tested in B.C. this year.

Héroux-Devtek is a "Top Pick" in the sector with a target price of $18, suggesting a potential return of 24 per cent. A Trump presidency, with a pledge to defense spending, may be supportive for the company. The analyst notes 47 per cent of the company's total revenue is military-based.

With respect to SNC, the analyst notes, the company has a strong balance sheet to finance future growth, the rebound in oil prices is beneficial for SNC given that 45 per cent of the company's revenues have exposure to the oil and gas industry, and the company has "Sizeable infrastructure opportunities (worth over $50-billion) should be awarded in the next two to three years". The analyst's target price is $61.

BRP has a forecast return of 17 per cent with a target price of $33. Strengthening U.S. economic conditions, recovering oil prices, new product introductions, and a reasonable valuation are amongst the reasons to consider owning the stock.

A value stock that has significant upside potential according to the analyst at Desjardins is HNZ Group. The analyst forecasts a 33-per-cent potential return with a target price set at $16, and sees the stock's valuation expanding due to the, "Stabilization in global oil and gas and mining capex."

Within large caps, analyst Justin Bouchard, has a "Top Pick" recommendation on Husky Energy, with a target price of $23. He favours the stock due to, "its low breakeven oil price, low financial leverage, (and) credible pathway to production growth."

Advantage Oil & Gas and NuVista are top growth picks both featuring solid production growth profiles, hedging programs, strong netbacks, and low debt levels. The target price for Advantage is $11.50, and for NuVista is $9.50.

Amongst dividend paying energy stocks, Enerplus and TORC Oil & Gas are stocks recommended with target prices of $16.50 and $11, respectively.

With respect to Enerplus, the analyst suggests, "The valuation is compelling, particularly following the significant improvement in the balance sheet and expanding drilling inventory in North Dakota, which we believe should continue to drive stock support given the renewed industry focus with improved oil prices."

In the midstream space, Keyera's valuation appears compelling and Mr. Bouchard has a target price of $45, recently increased from $43. The target price for Pembina Pipeline was also bumped to $47 from $46.

Turning to precious metals, a commodity under recent pricing pressure, since Nov. 9, when the results from the U.S. presidential election were declared, the price of gold has tumbled approximately 11 per cent. Analyst, Michael Parkin, is using a 2017 gold price forecast of $1,175 (U.S.) and his top picks for 2017 are senior producer, Goldcorp Inc. (G-T), mid-tier producer Alamos Gold Inc. (AGI-T), and intermediate producer Argonaut Gold Inc. (AR-T).

Potential catalysts to drive Goldcorp's stock price up to his target price of $27 include an operational update due out shortly, the weaker Mexican peso, and higher base metal prices.

In the mid-tier space, exploration updates and the Lynn Lake feasibility study expected in the second half of 2017 are potential catalysts for Alamos Gold. His target price is $11.50.

Rounding out the trio is Argonaut Gold with a target price of $3.30. A catalyst is the company's San Agustin project, which is scheduled to begin production in the third quarter of 2017.

Milestone operates in the fundamentally attractive apartment segment, and the funds from operations (FFO) payout ratio is low, forecast to be 47 per cent in 2017, providing a cushion for further distribution increases. Furthermore, the REIT trades at a discount relative to its peer group. Analyst, Michael Markidis, has a target price of $23.

WPT Industrial REIT has tenant base is impressive with companies such as General Mills, Unilever, Amazon, and eBay. Mr. Markidis believes the REIT may announce an acquisition in the first quarter of 2017. He has a target price of $13 (U.S.).

The recent price weakness in the units of SmartREIT is a buying opportunity according to the analyst. His price target is $36.

For Telus, Mr. Yaghi, sees the stock as attractively valued. His target price is $49, implies a potential total return of 19 per cent.

For BCE, Mr. Yaghi has more modest total return expectations, just over 12 per cent, with his target price set at $64.50.

Finally, Québecor has an expected 19-per-cent total return forecast. He sees the company as realizing solid EBITDA growth and argues that, "Management is responding well to the increased competitive threat from BCE by focusing on product differentiation and customer service rather than on maintaining market share at all costs."

Lastly, in the utility and power space, recommended stocks are Fortis Inc. (FTS-T), Northland Power Inc. (NPI-T), and Algonquin Power & Utilities Corp. (AQN-T) with forecasted total returns of 17 per cent, 23 per cent, and 39 per cent, respectively.

For Fortis, the analysts suggests the company is well diversified in terms of, "types of assets, growth profile, and geographic and regulatory exposure". The analyst notes that the stock is trading at a price-to-earnings multiple of 15.6 times the 2018 earnings estimate, at the lower end of its five-year historical range of between 14.6 times and 20.6 times. The target price for Fortis is $46.

Finally, ending on a positive note, Algonquin Power has an impressive 39-per-cent expected total return. Among the reasons to own this stock are its roughly 10-per-cent annual dividend growth rate combined with growth from the pending EDE acquisition, and its large pipeline of investment opportunities. The target price is $15.25. 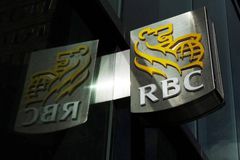