Bloomberg asks the question on many speculators' minds over the past two days with "Did Bitcoin just burst?"

"The magnitude of Bitcoin's boom (before it lost as much as 48 per cent from its Dec. 18 high) suggests investors have reason to be worried… It dwarfed the Nasdaq Composite Index's gain during the headiest days of the 1990s. Going further back, it comfortably outstripped the Mississippi and South Sea bubbles of the 1700s … While the recent tumble has alarmed some investors, the cryptocurrency has bounced back from several previous swoons exceeding 50 per cent. If Bitcoin did become a widely-accepted form of digital gold, as predicted by Cameron Winklevoss of Facebook fame, it could have a lot further to surge."

"Did Bitcoin Just Burst? How It Compares to History's Big Bubbles" – Bloomberg

"Bitcoin drops below $10,000 with $36 billion of value wiped off in a day as cryptocurrency sell-off deepens" – CNBC

The big news domestically is the upcoming Bank of Canada announcement on interest rate policy. The consensus view is for a 25 basis point hike which, since bond yields are higher and the major banks have raised mortgage rates, is likely already priced in,

"After a slew of data suggesting Canada's economy is growing solidly, and the job market is positively booming, experts say the central bank is likely to raise its key lending rate by 25 points to 1.25 per cent — a level not seen since 2009. Traders who invest in a financial instrument known as an overnight index swap reckon there's a better than 90 per cent chance of a rate hike on Wednesday."

A Bank of Canada hold on rates would be a surprise and would move markets, but there is a contingent legitimately concerned about a 'hawkish hold' – a stand pat on rates with an accompanying statement warning that a hiker is imminent.

"Thoughts on the Bank of Canada Policy Decision" – Scotiabank

Brent crude prices are a bit lower but traders aren't worried – they consider the weakness a healthy pause after a strong rally,

"'Currently there is no reason to believe that there has been a significant change in the underlying fundamental sentiment and the sell-off is, so far, viewed as a technical correction,' said Tamas Varga, analyst with PVM Oil Associates in London."

Tweet of the Day: "@jk_rowling If you want real fantasy, go to [a real] estate agent. Never visited this pub in my life." – Twitter

Diversion: "'It had never been done on television before': the oral history of breaking bad" – Esquire 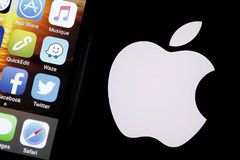