Ethical investors take a principled approach to their portfolios, but they now face a dilemma: Is the entire U.S. stock market looking like a no-go zone?

The alarming shift in U.S. policy under President Donald Trump – defending the use of torture, trampling women's rights, closing the door on refugees and targeting immigrants as a threat to national security – has raised the question of whether investors should be doing something to voice their concerns.

Selling U.S. stocks sends a message, especially if it causes a market downturn that forces the White House to reconsider its actions.

Typically, ethical or responsible investing avoids specific stocks and sectors, rather than entire countries. Gun, tobacco and gambling companies are out. So are companies that harm the environment, employ unsound labour practices and pack their boards of directors with old, white men.

What's left are sound companies that investors can own with pride. Portfolio managers also believe these companies will perform well because they are positioned for the long term.

But surely something bigger must be gnawing at ethical investors today. If these investors can't stomach the idea of a company that makes cigarettes, how are they going to sleep at night knowing that their silence is reflected in the performance of their U.S. index funds?

A U.S. boycott wouldn't be easy, of course.

U.S. stocks account for 60 per cent of the developed global stock market in terms of their weighting in the MSCI World Index. The next largest country, Japan, is about 9 per cent and Canada is less than 4 per cent.

This means that large, institutional investors would have a tough time avoiding U.S. stocks. Small investors are more nimble, but would be at risk of creating very lop-sided portfolios with an overwhelming tilt toward, say, Canada and Europe.

They could miss out on gains. Since early November, U.S. stocks have rallied 9 per cent and the Dow Jones industrial average recently surged to a record high above 20,000, reflecting hope that Mr. Trump's economic policies will boost growth and employment

As well, avoiding all U.S. stocks means taking a pass on progressive companies such as Google Inc. and Apple Inc., which could be opposing Mr. Trump's social policies. Clearly, a broad boycott would cause some collateral damage.

Experts in ethical investing actually discourage a broad boycott, arguing that companies shouldn't be punished for the actions of one government.

"I would be reticent to say that we should all sell our U.S. equities. I think that would be rather irresponsible," said Milla Craig, a Montreal-based consultant at Millani Perspectives, which focuses on business sustainability and responsible investing.

"We have to look at this on a global basis," she added. "Some of the leading companies in the world are U.S.-based companies."

Dustyn Lanz, a spokesperson for the Responsible Investment Association, said in an e-mail: "The shift toward responsible investing is much bigger than one president."

It's a fair point, but it doesn't address the importance of sending a message to the Trump administration.

Consumers appear to be getting on board with this approach. The Economist noted that a sizable share of European travellers say they are less likely to visit the United States, which suggests that tourists are willing to vacation elsewhere.

Investors could send a similar message.

I've written numerous articles that touted the benefits of investing in tobacco stocks and many readers have vilified me for my unprincipled approach to investing. They tell me that their principles are more important than the big dividends and profits that flow from cigarette sales.

These principles are now being put to the test. If the Trump administration is good for the U.S. stock market, ethical investors need to ask themselves if they're okay with that. And if they are, well, take another look at tobacco stocks.

Three stocks Leith Wheeler's Leanne Scott has been buying amid the Trump storm Subscriber content
May 17, 2018 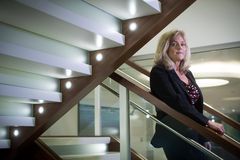