There's still a long and difficult road ahead - especially given Target's arrival this year in the Canadian retail scene - but there are early signs that the turnaround efforts at Sears Canada Inc. are starting to pay off.

The company this week reported an operating loss in the first quarter of 30 cents, as same-store sales fell 2.6 per cent. As bad as that might sound, that easily beat the forecasts of Desjardins Securities Inc.'s Keith Howlett, one of the few analysts who cover the stock.

One of the brightest spots was the apparel and accessories category, which saw sales grow year-over-year for the second consecutive quarter, despite very poor spring weather. Those retail offerings have been a particular focus of management's efforts to rejuvenate the Sears Canada brand.

"We have been impressed by the improvements in both merchandise assortment and presentation," Mr. Howlett said in a research note.

But he notes that Sears will face the bulk of Target's store openings over the next four quarters, so the true test is still to come.

"It is still too soon to declare that management has stabilized the business," cautioned Mr. Howlett. "Management's actions appear well-directed to us, and consumers also appear to be rewarding the company for the changes."

Mr. Howlett attributed the better-than-expected quarter, in part, to company-wide cost-cutting actions, as well as the closure of three department stores which resulted in their leases being sold.

While he reduced his forecast for losses at Sears Canada this year to 24 cents from 58 cents, he notes that Target - which will undoubtedly be a formidable competitor - has just started to open stores across Canada.

Target: Mr. Howlett raised his price target to $10 from $8.50 and maintained a "hold" rating. The average price target among analysts is $9.25, according to Bloomberg data.

Target Corp.'s first-quarter results provide evidence that its Canadian stores will be successful revenue generators, but not so hot when it comes to actual profits, said UBS analyst James DeRise.

The Canadian stores were open only a few weeks in the first quarter, and sales came in better than expected, he said. Despite this, the operating loss was also higher than anticipated because of selling, general and administrative expenses.

"What did we learn about Canada? So far it is costing more," he said in a note.

Sprott Inc.'s decision to buy Sprott Resource Lending Corp. increases its exposure to precious metals, which will be negative for the company, said Bank of Montreal analyst Atul Shah.

"Most of the company's funds and SRL's lending business are highly leveraged to precious metals and related equities. Thus, in light of soft precious metals and equity prices, the company continues to face a difficult operating environment and we don't see the situation changing any time soon," he wrote in a research note. "Also, the acquisition of SRL significantly changes the company's business model from a fee-based asset manager to one that includes transaction-based resource lending."

Investors should continue to refrain from buying shares in IBI Group Inc. after the company this week announced a suspension in its quarterly dividend, said Desjardins Securities analyst Pierre Lacroix.

Management expects the dividend cut, along with ongoing job cuts, to help the company preserve cash for operations and to reduce debt.

"In light of the recent substantial selling pressure on the shares, we believe the market had somewhat already discounted this decision," commented Mr. Lacroix.

But given the company's heavy debt load, upcoming credit maturities and its financial obligations to debt holders, "we continue to believe investors need more positive evidence before stepping into the name," he said.

New competition from the Internet shouldn't be a threat to PetSmart Inc. for at least the next several quarters, said RBC Dominion Securities analyst Scot Ciccarelli.

He cited an RBC pet industry survey that suggested Internet sales from such online retailers as Amazon and Wag.com won't be disruptive to PetSmart's business model for the near to medium term.

"We remain buyers of the stock due to solid earnings growth, strong cash flow and our survey data," he said. 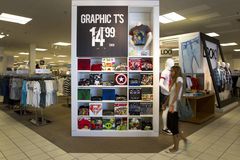 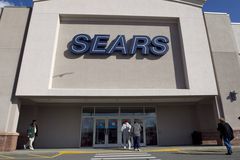 Bargain-hunting consumers eating into sales receipts of retailers
May 22, 2013 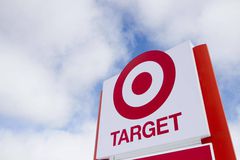