The chief executive of a junior mining company was frank when we recently discussed the merits of flow-through shares.

He has depended for years on peddling these shares as a way to fund his fledgling enterprises. There's nothing unusual about that: Flow-throughs offer tempting tax breaks to brave investors, and they have long been a favourite way for early-stage oil and mining companies to raise capital.

But I had never grasped one of the additional reasons why resource entrepreneurs have become so fond of the program.

"It's quiet money," the miner told me. "I get funding and I just about never hear from these people again. What could be better than that?"

Quite a few things, actually. At the moment, flow-through shares cost Ottawa a substantial amount of money, while encouraging investors to pour their savings into companies they barely know – and probably don't even bother to follow closely if the experience of my miner friend is typical.

A report earlier this year by Vijay Jog, a professor of finance at Carleton University in Ottawa, underlines the inefficiencies built into the system and should be required reading for anyone who is attracted by the tax breaks offered by flow-through shares.

Prof. Jog tracked the rates of return earned on flow-through shares between 2008 and 2012 and concluded that investors lost $1.2-billion of the $2.5-billion they poured into these offerings. Their returns, even after tax breaks, were disappointing.

To make matters worse, the shares and related Mineral Exploration Tax Credit cost Ottawa an average $440-million a year in forgone tax revenue, so the flow-through program exacted a toll on every taxpayer, even if he or she never went near a resource stock.

"The legacy of flow-through shares is effectively a list of everything that would indicate the policy's failure," Prof. Jog wrote in his report, published by the School of Public Policy at the University of Calgary. "They have hurt investors. They have hurt economic efficiency. They have distorted market competition. And all at a cost to the federal government of nearly half-a-billion dollars a year."

Flow-through shares are a special type of common share issued by companies that are searching for oil and gas or minerals. These companies typically incur exploration expenses but often have no income against which those expenses can be deducted.

To encourage resource exploration, the federal government allows such businesses to flow through their expenses to investors, who can then deduct the amounts from their own income taxes. That makes the flow-through shares more valuable than they would otherwise be.

In principle, this sounds like a bureaucrat's dream – a win-win situation in which everyone winds up better off. In practice, however, flow-through shares impose a cost on naive investors, Prof. Jog said in an interview. People may take the tax break as a signal of government approval and assume they can expect decent returns as a result.

That is simply not the case. Prof. Jog is just one of several researchers to conclude that flow-throughs typically produce lacklustre results for the people who put money into them.

An analysis of the program conducted by the federal government in 2013 found that flow-through shares usually produce lower returns than simply investing in a mining or energy index even when tax benefits are included in the calculation.

An earlier government evaluation, in 1994, concluded that an investment in a flow-through share limited partnership "typically fares worse than an investment in the corresponding average share for that industry."

The unimpressive track record of flow-through shares suggest the companies that issue the shares aren't being all that successful at finding new mines or wells. If these explorers were actually making lucrative discoveries, returns would be much better.

It's far from certain that flow-through programs help even the industries they're designed to aid. The shares "may encourage too many poor projects and allow marginal players to enter the industry, thereby driving down economic returns and raising costs of exploration," Prof. Jog said.

He suggests it's time to review the program. "The ideal system, from my point of view, [is] to stop using tax policy to funnel investor money into specific, designated sectors," he said.

To be sure, any attempt to remove support for the beleaguered mining and oil industries would be met with howls from various interested parties. However, it may well be possible to devise measures that would help both explorers and taxpayers more effectively.

At the moment, flow-through shares are used mainly by small exploration outfits – one of the highest-risk sectors in the resource industry. Tax and royalty policy in other mining-friendly countries, such as Australia, Chile and Peru, is geared more to helping large companies. The goal there is to encourage megaprojects that have the potential to employ lots of people.

If you believe in offering stimulus to certain industries, such a system seems more sensible than our current set-up. One way or the other, it's time for Canada's quiet investors – and taxpayers – to speak up and demand a better deal. Five ways to use up the capital losses in your portfolio
October 15, 2015 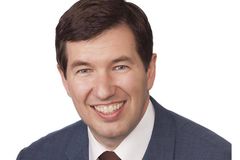