Hudson's Bay Co. investors might be forgiven for feeling a bit nervous about its bold, potentially high-risk decision to enter the German department-store market.

Toronto-based HBC, which operates the Hudson's Bay stores in Canada and has a strong U.S. presence through its upscale Saks Fifth Avenue chain, is buying the 135-year-old Galeria Kaufhof chain from Metro AG for about $3.9-billion, including pension liabilities.

Europe represents a mature retail market with challenges galore for aging department-store players such as Galeria that are struggling to compete effectively against malls and online shopping. And retailing in Germany is a whole other world for a company like HBC, even if executive chairman and U.S. real estate magnate Richard Baker says he is committed to keeping local management in place.

Experts and analysts point to the failed attempts to crack the German retail market by Wal-Mart Stores Inc. and Gap Inc. as well as Britain's Marks & Spencer, France's home-improvement giant Castorama and others.

"HBC is in for a rough ride," Thomas Roeb, economics professor at Bonn-Rhein-Sieg University, said.

"HBC's acquisition is a big surprise to everyone in the German market. The department store business has been shrinking for 30 years and numerous attempts from within the industry have been undertaken to redress the situation, so far to no avail," he said in an e-mail comment.

Though Kaufhof has been turning a profit it has still had to close about one store per year over the past several years and is down to about 100 locations as well as 15 sporting goods outlets and 16 department stores in Belgium, he said.

HBC's ace could well be Saks.

"Of course, they have to pay attention, as we saw with the track record of U.S. big names who failed in the German market, such as Wal-Mart or Gap," Baader Bank retail analyst Volker Bosse said in an interview.

"What is different here this time is that Kaufhof is not a loss-making business or a restructuring case," he said.

"Saks is known here and has a good reputation. [HBC] could take the best of the Kaufhof locations and convert them to the Saks brand."

But HBC will also have to make "substantial investments to make up for a certain lack of investment in the past," Mr. Roeb said.

Mr. Baker has promised to "invest with great vigour" in the German operations as part of the European expansion strategy.

"HBC could bring new brands and a new shopping experience to the table," Mr. Bosse said.

There is also a significant real estate component to the deal that Mr. Baker could turn to his advantage. He has made some smart real-estate moves related to HBC, including selling most of the company's Zellers leases to U.S. rival Target Corp. for $1.8-billion, selling the flagship Toronto Queen Street store and office building to Cadillac Fairview Corp. for $650-million and teaming up with real estate giants for other potential deals.

The Galeria portfolio includes the flagship outlet in Berlin's famed Alexanderplatz public square. There is no doubt much value to be unlocked on the real estate side, an opportunity Mr. Baker is not likely pass up.

"Clever real estate management will be needed to get the most mileage out of the store portfolio which makes up the overwhelming portion of the purchasing price," Mr. Roeb said. 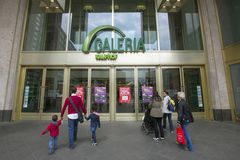 German retail acquisition seen as challenge for Hudson's Bay
May 15, 2018 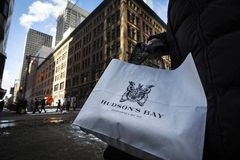