Algonquin Power & Utilities Corp. shares fell 9 per cent Friday after the company said it will postpone the announcement of its fourth-quarter and year-end financial results.

After markets closed Friday, a press release was issued by London, Ontario-based law firm Siskinds stating it has commenced an investigation "into the accounting and other practices and disclosures" of the company.

"Siskinds LLP is evaluating a possible class action on behalf of persons who purchased shares or other securities of Algonquin Power & Utilities Corp.," the statement added. It provided no further details.

The earnings conference call with Algonquin CEO Ian Robertson and CFO David Bronicheski, initially scheduled for 10:00 a.m. Friday, has been pushed to after market close March 26.

In an emailed statement to Inside the Market prior to the post-market release from Siskinds, a spokesperson commented, "We have rescheduled the release of our year-end financial results in order to allow our auditors to complete their audit work. ... We are continuing to work with our auditors to finalize the results."

Accountability Research Corp. analyst Michael Ruggirello, in a phone interview prior to the Siskinds release, said he was taken offguard by the news of the delay of earnings. "We see the timing of doing this as unusual. They did it not a week ahead, they did it as we expected to see the results."

While Mr. Ruggirello was surprised by the sudden rescheduling, he is less taken aback by the market's reaction to the news.

"It's a reactionary sort of move today," he said, "with clearly the market viewing it as negative."

Denison Mines Corp. reported fourth-quarter revenues of $2.736-million, down from $2.413-million a year earlier. Its net loss narrowed to 1 cents per share from 6 cents a year earlier. The results matched Street expectations.

In its outlook, the company said "Leading indicators such as drilling rig utilization in the WCSB is down about 33 per cent over the first half of Q1 2015 compared to the same period in Q1 2014. As expected, declining activity levels lead to pricing pressure and this is already evident in Q1 2015, with the pricing gains achieved throughout 2014 already eroding margins. To soften the impact on 2015 operating margins from lower job pricing, Canyon continues to implement measures to reduce our operating costs. Our suppliers have also been very cooperative and have been lowering some of our cost of services, including proppants, diesel, nitrogen and third party trucking costs. Although the Company has very low debt levels and an industry-leading cost structure, we are not immune to what will likely be the worst year-over-year drilling and completions activity reduction in decades. Canyon will take a defensive stance and will implement cost saving initiatives such as reducing compensation levels for staff, management and the board of directors, to reduce the negative impact reduced pricing and activity levels are expected to have on operating margins and cash flow."

Lightstream Resources Ltd. said its fourth-quarter funds flow was $89-million, or 45 cents per basic share, down 39 per cent from a year earlier, due to lower commodity production resulting from asset dispositions. Average daily production averaged 36,472 barrels of oil equivalent per day, down from 45,521 a year earlier, with oil and natural gas revenue dropping to $186.8-million from $287.7-million.

Legacy OIl + Gas Inc. reported a 31 per cent increase in its 2014 year-end reserves. Its fourth-quarter production averaged 27,475 barrels of oil equivalent per day, an increase of 31 per cent from a year earlier.

In its outlook, the company said it "remains committed to improving its balance sheet while preserving its significant upside during these times of low commodity prices. ...  The company has run sensitivities on its borrowing base value and stress tested its balance sheet and continues to expect to be within debt covenants down to oil prices averaging $52 (U.S.) per barrel WTI through 2015."

GMP Capital Inc., one of Canada's biggest independent brokerages, reported a net loss of $6.9-million in the fourth quarter of 2014, versus a $5.8-million profit in same period in 2013. GMP also reported a 22 per cent fall in year over year revenue to $52.8-million. The adjusted loss was 11 cents, unchanged from a year earlier.

The results fell short of estimates by the one analyst on the Street who covers the stock, according to Thomson Reuters data; the analyst expected revenue of $70.7-million and a 4 cent per share loss.

Investment banking, which makes up the bulk of its revenue plunged 43 per cent. The company is highly exposure to energy. Over the past three years about 30 percent of GMP's investment banking revenue was directly tied to oil and gas.

Aston Hill Financial Inc. reported its assets under management fell 24.3 per cent to $6.25-billion as of the end of last year.

"The lower AUM is mainly the result of a reduction in institutional and sub-advisory assets as well as assets under administration. This decrease was offset by an increase in higher revenue and higher margin proprietary mutual fund assets," Aston Hill said.

Volumes increased 4 per cent relative to the third quarter of 2014, primarily driven by a series of acquisitions completed in the fourth quarter. Revenues fell 4 per cent to $43.631-million while net income per diluted share fell 29 per cent to 15 cents per share.

Luna Gold Corp. announced that it has entered into a forbearance agreement with Société Générale, Mizhuho Bank, Ltd. and other parties to the company's Feb. 15, 2013 credit agreement in connection with Luna not being in compliance with certain covenants under its credit agreement.

Resolute Forest Products Inc. announced that starting at the beginning of April it will permanently close paper machine No. 9 at its mill in Alma, Que., which will reduce its production capacity of specialty papers by 75,000 metric tons annually and result in the elimination of about 85 jobs.

"Resolute's decision to reduce specialty papers production capacity is driven by market weakness, exacerbated by fiber cost issues in Quebec, as well as ongoing misinformation campaigns by Greenpeace and other environmental activist groups," the company said in a statement.

The Alma paper mill employs about 340 people and has an annual production capacity of 350,000 metric tons of specialty papers across three machines, the company said.

The company said its total proved reserves are attributed to the 10 wells it has already drilled, and the drilling of up to 29 net additional wells over the next five years.

FAM Real Estate Investment Trust will change its name to Slate Office REIT, part of a repositioning to a pure play office REIT. Slate Asset Management LP assumed management of the REIT on Nov. 4, and acquired seven office properties in the Greater Toronto Area in December. "We are currently reviewing further accretive opportunities that are complementary to this strategy which we believe will create a stronger platform for value creation and will be an attractive alternative for investors," said CEO Scott Antoniak. The REIT also announced funds from operations of $0.01 per unit for the three months ended Dec. 31. After adjusting for a $0.07 per unit non-cash fair value loss on an interest rate swap and $0.08 per unit in special committee related expenses, funds from operations were $0.16 per unit.

TSO3 Inc. said it has entered into its first commercial agreement with Getinge Infection Control to bring launch the company's Sterizone sterilization system. "We are extremely pleased to have Getinge Infection Control representing our … technology," said Ric Rumble, TSO3's CEO. "Getinge has watched the progression of our technology through the U.S. regulatory process and with U.S. clearance now in-hand, both organizations see the opportunity to launch this superior technology in North America and selected additional markets."

Paramount said its 2015 capital budget is $400-million and will be focused on its Deep Basin development and "maintaining the optionality of future growth initiatives." 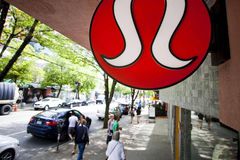